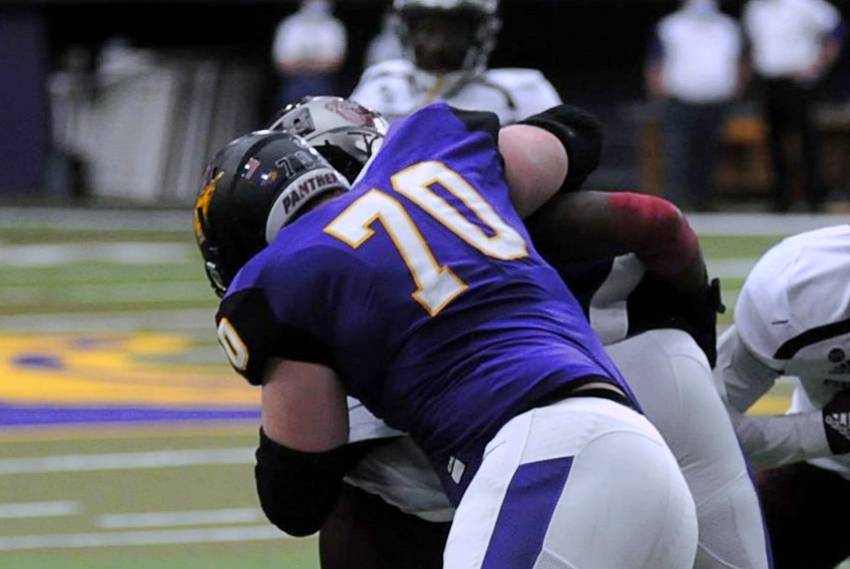 Trevor Penning just became the seventh offensive tackle ever selected in the first round of the NFL Draft by the New Orleans Saints.

Only two of them, Dombrowski and Peat, started any games at left tackle during their rookie campaign.

I caught up with a pair of former Saints offensive linemen to procure their thoughts on Penning.

Dombrowski, a Saints Hall of Fame inductee, played 11 seasons in New Orleans (151 games with 137 starts). He started as a rookie left tackle before suffering a broken foot in the fourth regular season game against the 49ers. The University of Virginia product eventually moved to left guard where he played alongside the future Pro football Hall of Fame enshrinee Roaf for three seasons.

Steve Korte was taken 38th overall by the Saints in the ’83 draft, and the University of Arkansas alum played eight years for the Black & Gold. Many team historians will tell you the current radio analyst is one of the strongest and most physical linemen in franchise history.

Penning, a 6-foot-7, 325-pound elite athlete with 4.89 speed, has it all. The Northern Iowa product squats 625 pounds and has the great arm length coaches covet for a bloacker. The stigma of not trusting an NFL rookie at the hallowed ‘blind side’ position may not apply in his case, although some scouts see Penning as raw.

“There is a learning curve, but not as much as when I played,” stated Dombrowski. “Offenses in college today closely resemble the NFL. Players are more prepared for the NFL, particularly in pass blocking. Their technique and skills are now better prepared. The margin of error, though, just about disappears in the NFL.”

Korte feels Penning will have a distinct advantage that few other teams could match. Zach Strief, an assistant offensive line coach who played 158 games during his 12 years in the league, knows the tackle position as well as nay.

“Anytime you have a coach who is asking you to do something that he’s done, the learning curve is not so drastic,” Korte explained. “Run blocking, some guys are better than others. That was my forte’. Pass blocking, you have to learn on the fly. The press makes too much of it. It’s a position in the line. (Left tackle) is not more important than the others.”

“I didn’t have a coach who played in the NFL. (Zach) knows the game. Trevor Penning will have the resources to help understand the game. The guys next to him, the coaches, I don’t think he’ll have difficulty with the learning curve due to resources.”

Peat, an experienced pro with 79 NFL starts, is entrenched at left guard now. His career might remind you of Dombroski’s in that respect. Peat, who had one start at left tackle as a rookie, has played all along the line. One can anticipate Peat will serve as a mentor for the rookie draft choice.

Penning had 32 starts as a tackle with 31 of them on the left side. He arrived at Northern Iowa as a 235-pound tight end who grew into the imposing figure he is now. Possessing a throwback, old school mentality, Penning is light on his feet with good knee bend. He doesn’t over extend on his blocks.

Despite his height, he is a compact run blocker who graded out last season as nearly perfect in that respect. He mauled opponents in a run-heavy system. His 99.9 run blocking grade is the highest college rating Pro Football Focus has ever charted for a lineman.

Some have compared him to former NFL tackle Jon Runyan, a 6-7, 330-pound veteran on 14 pro seasons. Penning profiles well to the position.

“He’ll stay square,” Korte cited. “Good feet, he has really good balance. A knee bender, that’s critical. He played enough left tackle and will get used to the personnel. He’s way more advanced in pass pro. A lot of colleges play an NFL-type offense, getting to the second level blocks. In the ’80’s, it was more smash-mouth. Now it’s more tandem and double team blocking.”

Penning allowed only one sack in 2021 and gave up 11 pressures. That against FCS foes though.

“They are all speed to power,” Korte described. “Nick Bosa plays strength to bull rush. He has violent hands, one of the best I’ve ever seen coming off the ball.”

Penning is recognized as player who plays snap-to-whistle. His physicality is a demonstration of who he is, not just for show. He is strictly old school. Inevitably, he is going to agitate an opponent, but he seems well equipped to handle the follow up. You don’t want to take away a player’s aggressive nature, but throwing a defender to the ground could draw a yellow flag in the NFL. He will have to learn how to maintain his physical nature while keeping it within the confines of the rules.

“I love his aggressive nature, but he will have to adjust his style,” Korte said. “Finishing blocks is one thing, but throwing an opponent on the ground will get called for holding.”

Each play is a new challenge, a chess move. The physical task will be joined by the mental demands of asjustments.

“He’s never competed with guys at this level,” Dombrowski added. “There are power rushers, speed rushers, guys with long reach. All strengths and weaknesses. Trevor finishes blocks. It’s what you strive to do. It’s not where the block began, it’s where it ends. The transition shouldn’t be as difficult. It’s a learning curve.”

Penning will have to find out just how far he can go in trying to dominate opponents while not going too far.

“The Saints don’t want to corral his style,” Korte explained. “He wants to finish every block. He’s like Quenton Nelson, finishing every block. Kyle Turley was a really good athlete. He played within himself and was dominant. OTA’s will help young guys with reps.”

It’s been said Penning is fiercely loyal to a fault and focuses every fiber of energy towsrds team goals. The seems like the makings of a future fan favorite. More importantly, it sounds like just the right mix of talent and desire to win. 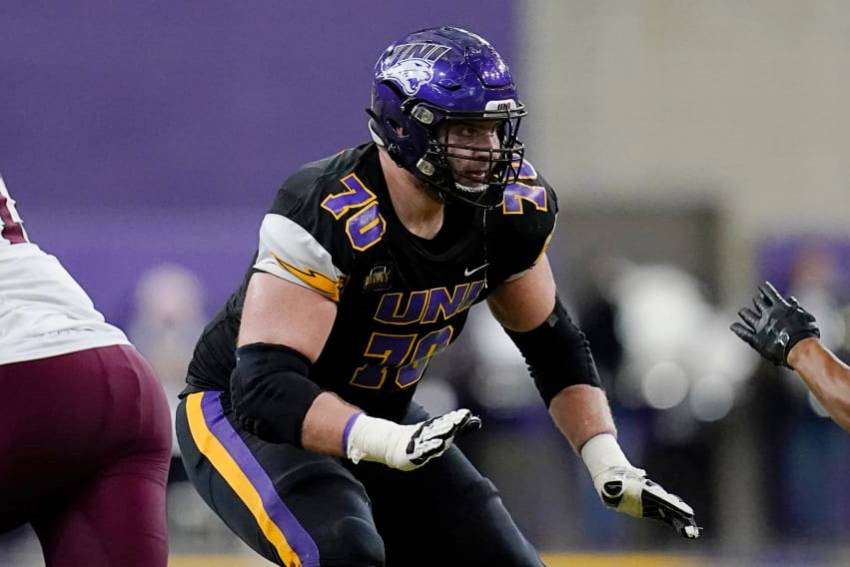 A close look at Saints first round pick Trevor Penning

The small school prospect only received two Division I offers, none at the FBS level. He grew into a big-time prospect.