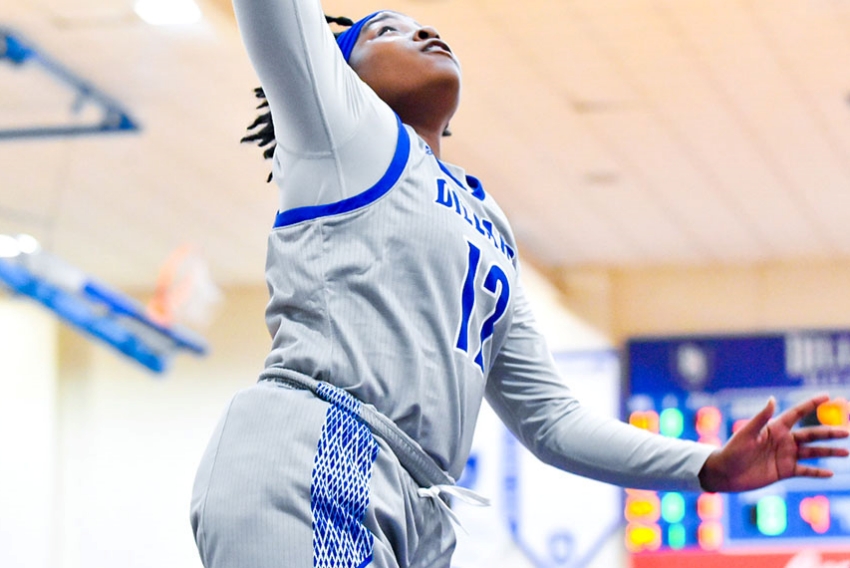 Little Rock, Arkansas – The Dillard women’s basketball team (10-16) led for the first three quarters of the game, but saw the top seed, host school Philander Smith (24-5), rally in the fourth for a 63-51 victory on Saturday at Mims Gymnasium in the 2022 GCAC Basketball Tournament.

The loss ended the season for DU.

Philander Smith was led by 15 points from Rakia Lane. Lane also had six rebounds and four steals. Dasia Turner had a double-double with 15 points and 13 rebounds plus four steals. De’Vena Smith had 13 points. Larena Walker had a game-high five assists.

Dillard took control of the game in the first quarter with a 19-15 lead and continued to lead at the break with a 33-27 lead. In the third quarter the tide began to turn as PSC outscored Dillard 12-9. The Lady Panthers took the lead for good in the fourth where they outscored 24-9 on their way to the 63-51 victory.

This was the final collegiate game in the careers of seniors Rayah Haynes, JaQuanna Hunter (SR/Vacherie, Louisiana) and Sharan Turner (SR/Gonzales, La.).