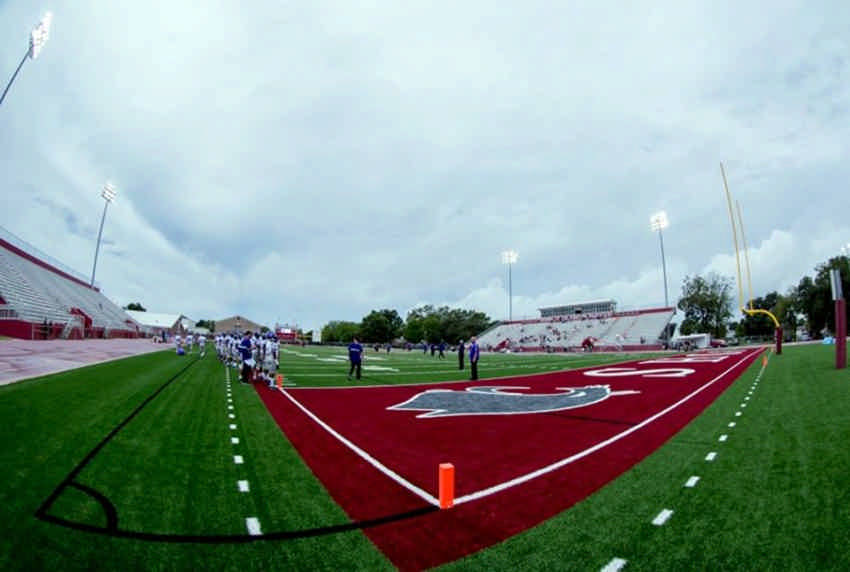 The Wildcats seemingly scored at will early in a 51-21 district win.

With a host of talented skill position players, Destrehan has been waiting for a breakout performance all season long.

That came Friday night at home against Central Lafourche in a District 7-5A contest.

The Wildcats unleashed their full fury, scoring all 51 points in the first half in a dominant 51-21 victory over the Trojans.

“We really played well last night,” Robicheaux said. “You have those games where everything goes wrong and you are shaking your head. Last night, it seemed like everything went our way. We were fortunate to hit on all cylinders early and get a chance for the young guys to get some experience in the second half.”

Not many people have paid attention since Destrehan lost 37-35 to John Ehret in week three.

“It doesn’t bother us at all,” Robicheaux said. “Our whole focus is to get better, to win football games and focus on what we can control. It was a tough loss to a really good football team and coach against Ehret. Our guys got together and talked about the whole deal and talked about how that’s not the way things are supposed to be done. They really bonded together. Our kids understand that we still have goals that we can attain.”

Since losing a tough 37-35 game on the road against John Ehret, Destrehan has flown below radar. The Wildcats escaped a scare at East St. John, winning 35-34.

The Wildcats have won four straight games and will host H.L. Bourgeois next Friday night.

“We’re going to prepare like we do every week,” Robicheaux said. “We have fall break this week and that’s a coach’s nightmare where you have to do things a little big differently. It will be Homecoming with all of those distractions. We have to be ready to play.”

Destrehan will close the regular season in challenging fashion at a good Jesuit squad before the showdown with unbeaten Terrebonne on Nov. 2 at Destrehan in what will likely decide the district championship and a high seed in the Class 5A state playoffs.

“It was kind of like this was going to be their year,” Robicheaux said. “They’ve got great athletes. They have three skilled guys. Gary Hill has done a tremendous job with those guys. We’ve got some pretty good players here, too! Hopefully, it is for the district title in week ten. It ought to be a pretty good showdown and it is a pretty good problem to have them at our place.”

Robicheaux is already looking at where his team could be slotted in the Class 5A playoffs.

“Right now, it looks like we could be at three or four,” Robicheaux said. “If we win out, we could jump up even a little higher. People think I’m crazy but I really don’t look at that a whole lot. We’re just going to go and play who we’ve got to play and do what we need to do to be successful.”

With skill like the Wildcats have and with a two-time state champion coach at the helm, people are most certainly going to start paying more attention to Destrehan.