Despite upgrades and new coach, Pelicans defense worse than before 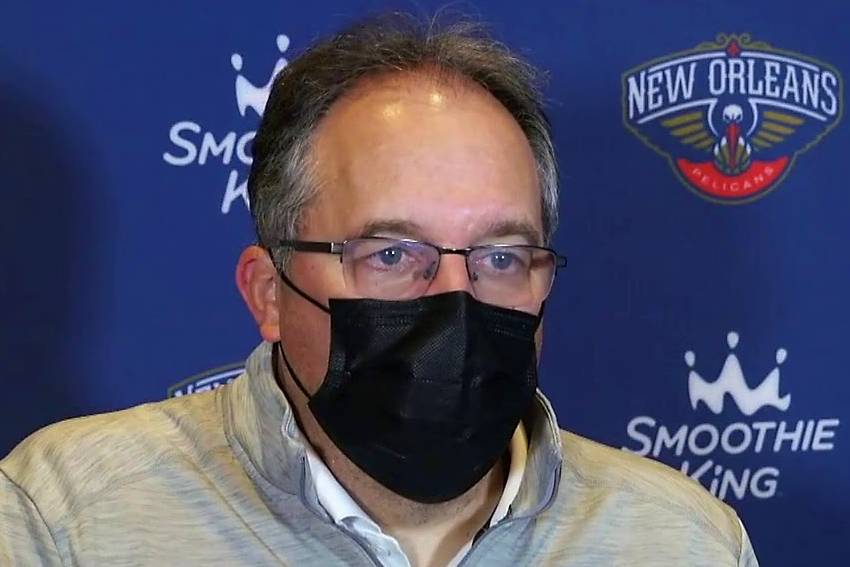 Okay, hands up if you thought former head coach Alvin Gentry was the problem with the New Orleans Pelicans.

Come on, be honest.

I see a few more hands being raised.

Glad that you could come clean.

One year later, the Pelicans are in much the same boat as last season, despite changing coaches and acquiring the big man they needed (Steven Adams) in a multi team trade.

Yet, emerging superstar forward Zion Williamson has already eclipsed the number of games he had played in last year’s 72-game season.

When Williamson takes the court for Tuesday night’s game at Memphis, he will play his 26th game of the season. In 2019-2020, he played a total of 24 games.

Zion’s play has improved in several ways. He shot 58.3 percent from the field a year ago. That number is 60.7 this season. At the free throw line, Williamson has improved dramatically, from 64.0 percent to 71.1. As a result, his scoring average is up two points per game.

Williamson’s assists and rebounds per game are higher, too.

Despite all of that, the Pelicans don’t look much different than a year ago.

After a loss at Detroit in which New Orleans allowed just under 50 percent shooting from the Pistons at the three-point line, head coach Stan Van Gundy said he must evaluate who is playing and when.

“We have to take a look at who we are playing and for how many minutes in what rotation and figure out how to play better defense,” said Van Gundy.

The veteran head coach then threw in his little nugget.

“I am going to be honest with you. I don’t know how many of our guys have a defensive mentality.”

The numbers back up Van Gundy.

Over the last three games, New Orleans has allowed the opposition to make an alarming 67 of 127 three point shots.

No disagreement here. He also noted that this issue has especially been the case on the road. According to Van Gundy, New Orleans is 10 points worse per 100 possessions away from home versus games in the Smoothie King Center.

So, let’s see. The Pelicans got the big man they desperately needed, and their best talent has already exceeded the number of games he played a year ago.

When they changed coaches last summer, it appeared to be time. New Orleans needed a change and hired an NBA veteran coach with a winning pedigree.

So, it is disconcerting indeed that New Orleans might actually have gotten worse.