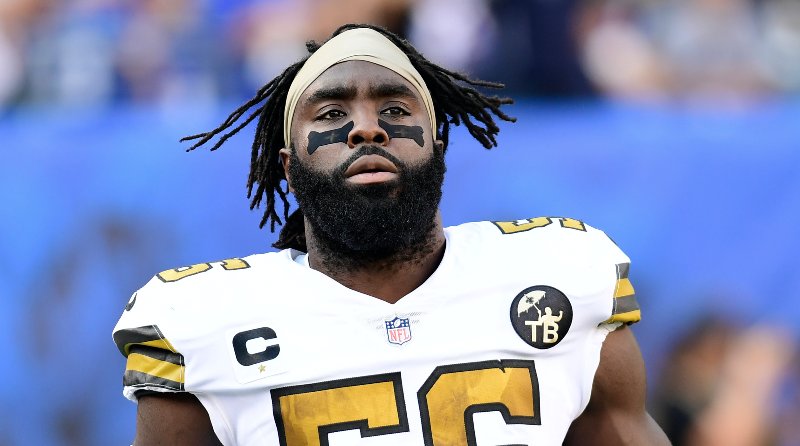 The Committee selects award winners in a variety of categories – it also selects Amateur Athletes of the Month and each year’s Greater New Orleans Sports Hall of Fame class. Overall, 24 individuals and four teams will be honored for their 2019-20 achievements. Honorees are being announced over a period of 24 days, wrapping up with the Corbett Awards for the top male and female amateur athletes in the state on June 10 and 11.

This year the Committee chose to use Jimmy Collins Awards to recognize elite excellence on two different ends of the spectrum. The Eastbank Little League baseball and softball teams, primarily 12-year olds, will be honored after their memorable summer of 2019. And on the other end, Demario Davis, a 6-2, 248-pound linebacker for the New Orleans Saints, will be credited for his extensive work in the New Orleans community.

Eastbank Little League was founded in 2014 and the girls 12-year old team has won five state championships. After reaching the Little League World Series in 2018, they returned in 2019 and advanced to the championship game before falling in a hard-fought contest.

“We like to say that we inspired the boys with our trip to the World Series last year,” said Sally Moreau, one of the softball team’s three volunteer coaches, along with Randy Deslatte and head coach Ray Weindel.

The Little League boys had an amazing summer of 2019. After winning the Southwest Regional series in Waco, Texas, the boys made their first trip to the revered fields of Williamsport, Pa. After losing their opening game, the team pulled together and won all of their remaining games including an 8-0 championship game victory over Curacao.

“Put the teams together and it’s just a testament to what this area produces — incredible athletes,” said Kevin Johnson, who coaches the boys team with two other volunteers, Scott Frazier and Don Abadie.

Davis, an All-Pro linebacker was one of five finalists for the Alan Page Community Award, the highest honor that the NFL Players Association bestows on its members. The award, “annually recognizes one player who goes above and beyond to serve communities in his team city and hometown.”

Davis earned the Week 8 Community MVP Award from the NFLPA last fall. Initially he was fined $7,000 for a uniform violation after he wore a “Man of God” headband during a game against Seattle. The linebacker appealed the fine and prevailed after receiving a groundswell of support from fans, including students at St. Louis King of France School in New Orleans, who made their own “Child of God” headbands out of paper in support of him, which he called “the cutest thing.”

The linebacker surprised the students with a pizza party and authentic “Child of God” headbands before he and his agents pondered “the best way to turn this into a positive where God gets the ultimate glory.”

Davis decided to start selling replicas of the headbands and donating the proceeds to the emergency department at St. Dominic Hospital in his home state of Mississippi. Davis personally donated $9,000 of the more than $300,000 that has been raised. His foundation – Devoted Dreamers Foundation – has the stated mission “to equip the Next Generation of Leaders (athletes, entertainers, politicians, doctors, lawyers, etc.) with the tools to be successful spiritually, mentally and physically.” The Foundation works to provide inner-city youth with opportunities that might otherwise be unavailable.