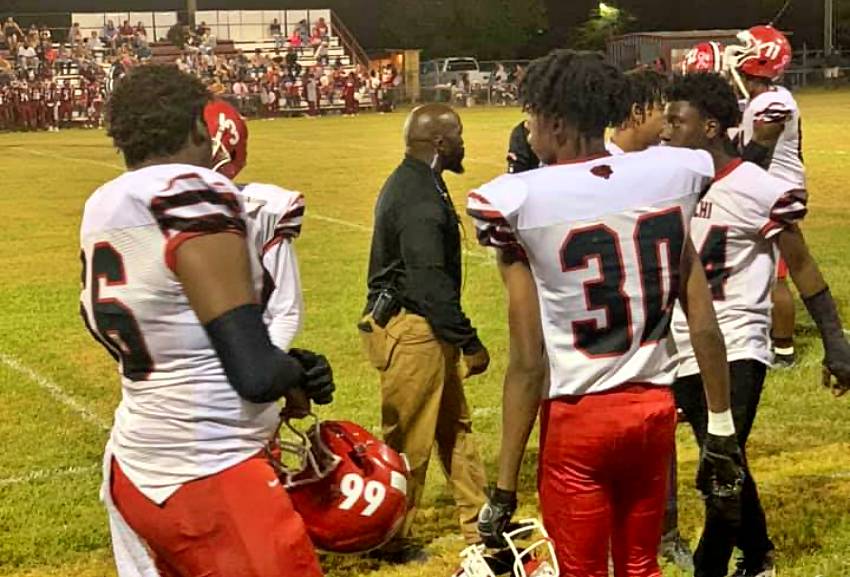 It was never going to be easy.

Landry Carter knew when he took the job at Delhi that he would have to build from the ground up.

The process began after he took the job in prior to last season after Carter spent three seasons as the head coach at Madison Parish.

Carter, who played at Grambling, has his program on the right track.

Despite a 2-8 record last season, the Bears gained playoff experience, falling to Lincoln Prep in the opening round of the Class 1A playoffs.

Success is not too far removed for the Bears.

In 2018, Delhi went 9-4, reaching the 1A quarterfinals before falling to Haynesville.

There is also history with the program.

It will take time and greater numbers to return to the level of 2018, much less seven decades ago, but it is possible.

The two standout players to watch are junior running back/strong safety Zelean Wright (5-7, 170) and wide receiver/defensive back Eric Washington (6-4, 185), who starred for the Delhi basketball team this past season.

Davis Smith returns at running back and sophomore Jay Wright (5-7, 135) is a good wide receiver and defensive back. Junior Donald Morrison is a two-way standout at wide receiver and free safety and junior Christopher Washington will handle duties at linebacker and wide receiver.

Up front, sophomore Justin Dykes is a good one.

The schedule in tough fashion at Class 3A Carroll.

Home games with Arcadia and Capitol follow before the Bears travel to Cedar Creek and to 4A Peabody.

District 4-1A play begins on Oct. 7 at rival Delhi Charter before Delhi hosts Block and Delta Charter. The regular season closes at Sicily Island and Tensas.

Now firmly established as the leader of the program, Carter expects his team to be better, with all knowing the system better and says expectations are high for his team.