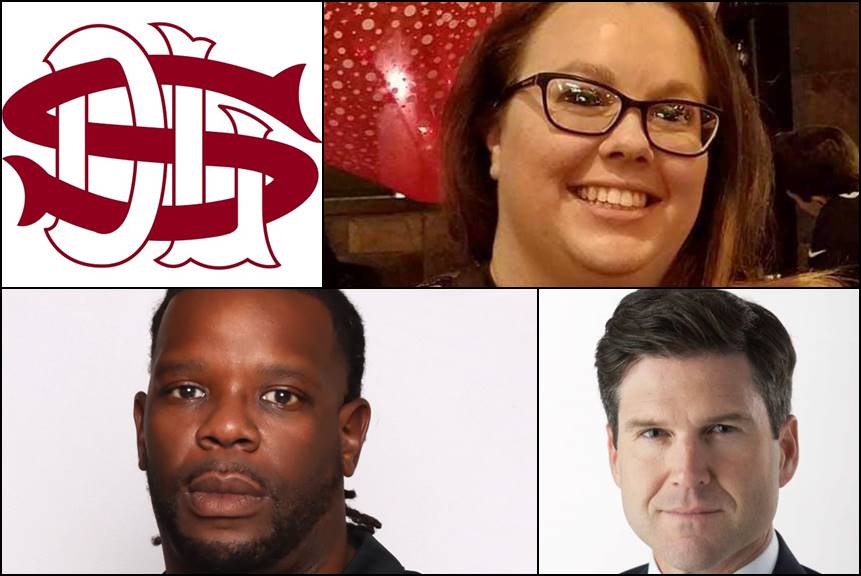 Samantha Ball graduated from De La Salle in 2008 where she played both volleyball and softball. Upon graduation, Ball was offered a volleyball scholarship to continue her studies at Coastal Alabama Community College (formerly Jefferson Davis Community College) in Brewton, Alabama. She also attended the University of Southern Mississippi.

In 2012, Ball returned to New Orleans where she currently resides. When asked about this distinction Ball said, “It means a lot to me to inspire young girls to keep playing and to do their best at whatever they put their efforts into.”

Marcus Jasmin graduated in 2000 after starring on the basketball team and playing one year for the football team. Jasmin became a top recruit in college football, choosing to continue playing football with Texas A&M in College Station, Texas. After his graduation from the university, Jasmin was signed to the Detroit Lions as a free agent.  He played with the Lions for one year as well as one year with the Amsterdam Admirals.

A member of the De La Salle coaching staff, Jasmin stated “Injury took me out of the game, but it brought me home where I now enjoy coaching and training students at De La Salle,” he said.

This year’s recipient of the Brother Ambrose LeBlanc, FSC Community Service to Sports Award will be presented to alumnus Garland Gillen. Gillen graduated from De La Salle in 1995 and received a Bachelor’s Degree in Mass Communications from Louisiana State University. During his time at De La Salle, Gillen was a one-year letterman in tennis and four-year letterman in soccer. He was also a part of the 1994 soccer State Title team.

Gillen has been working in sports television since 2000 covering a variety of stories from local high school football to the Saints winning Super Bowl XLIV in 2010. For the last eight years, Garland has been a member of the Fox 8 team. His pride for De La Salle runs deep.  “My dad graduated in 1957 and De La Salle has been with me since I was a kid. I covered and continue to cover their sports and the athletes that compete there. I will always be a part of De La Salle.”

This year’s induction ceremony will take place on Wednesday, Nov. 17, in the CAVS Center on De La Salle’s campus.  Tickets for the event are $25 and are currently available by visiting http://www.delasallenola.com/sports-hall-of-fame/.