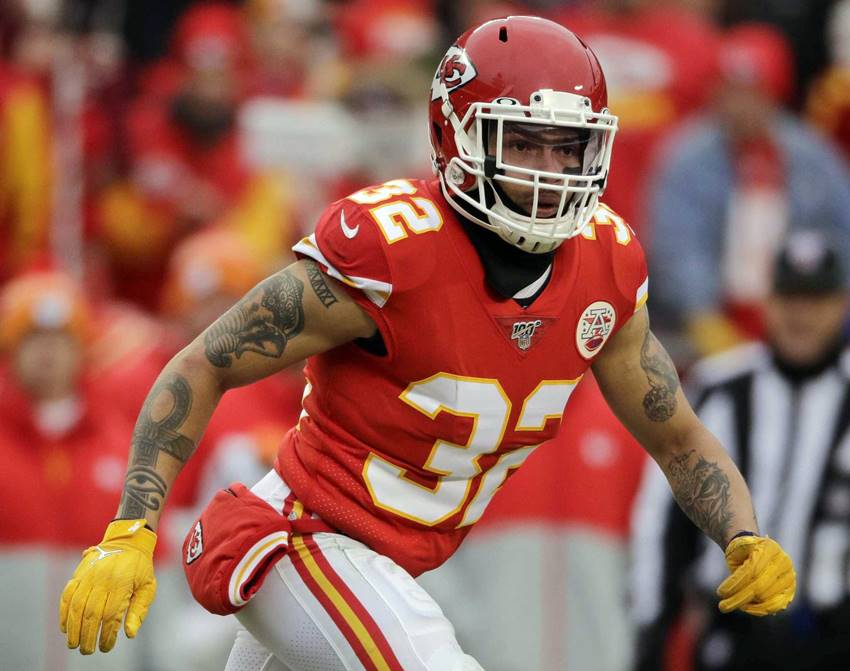 A pair of defensive backs, one entering his 10th year in the NFL and another about to launch his career, have two things in common.

The first is obvious – both are defensive backs.

The second similarity is not as well known.

Both played at schools where David Johnson coached.

Johnson was the head coach at St. Augustine High School from 2009-2011, a period during which Tyrann Mathieu played for the Purple Knights.

At Tennessee, Johnson was an assistant coach where Alontae Taylor was a star player.

As a guest on All Access with me Monday night on NASH ICON 106.1 FM, Johnson, now the recruiting coordinator and running backs coach at Florida State, talked about both players and expressed how happy he is to see Mathieu coming home to play for the New Orleans Saints, based on numerous reports.

“Nobody saw this coming prior to this year,” Johnson said. “With the success he’s had with so many different teams, I couldn’t see this happening.”

Johnson feels the Saints are getting a quality person and a quality player who knew he was special early on.

“When I first met Tyrann, he was really quiet but he was so elite with his athletic ability,” Johnson said. “Before I got to St. Aug, his defensive coordinator and defensive backs coach did a marvelous job with him. He had such belief in himself early on. He know long before anybody else, he knew what kind of superstar he was. It just took us a while to catch up with him. He’s also proven that off the field. He’s done an awesome job and so many people support him.”

What is the single best attribute Mathieu possesses?

“I think the biggest thing is to make everybody else around him better,” Johnson said. “Everywhere he’s been, everyone around him has gotten better, not just as football players but became better people. They all believe in him. He brings something different to an entire organization, not just from a defensive standpoint but from an offensive standpoint.”

What strikes Johnson most about Mathieu’s athletic ability?

“His ability change direction,” Johnson said. “My job was to put the ball in his hands. Going into the very first game we played against West Jeff, I told him he was going to go both ways. We were getting off the bus. He didn’t know the plays. I told him he didn’t have to know the plays. I was going to put four receivers on one side and put him on the other side by himself and tell him exactly what to run. I through him a hitch route and he went 61 yards for a touchdown. It was my job not to mess it up.”

How does Johnson rank Mathieu among the players he has coached?

“He is the best player I think I’ve ever seen on the high school level,” Johnson said. “He could do multiple things, offense, defensively, in the kicking game. He just had a knack for being around the ball at all times. He was and is extremely smart. He is such a student of the game. He has such a skill set.”

Mathieu is a roamer in the deep who has utilized great instincts to make plays at every level, including 26 interceptions in his nine-year NFL career.

“I think he had that from early on, even from the playground, coming up at Willie Hall Playground,” Johnson said. “This guy is prepared for every situation. He understands what’s going on. He’s been doing it for a while at every level. He wants to prepare to be the best football player that he can be and he wants to help the guys around him prepare. He’s an instinctive player but he prepares for it.”

What does it mean to the community for Mathieu to come home?

“I think it means a lot to the city for kids to get to see him up close and for kids to continue to dream, knowing he came from a place he came from and that they can achieve the same things he did,” Johnson said. “Tyrann will a leader in the community and a leader for young players to try to show them the way. His family is really good and he is surrounded by really good people.”

Prior to going to Florida State, Johnson coached at Tennessee in 2018 and 2019 and one of the players he had with the Volunteers was Saints second-round pick Alontae Taylor.

“Alontae is a very good special teams player because it means something to him,” Johnson said. “This kid would work indoors, by himself at night, doing things over and over until he did it right. He is dedicated. Football was definitely important to him. He’s a smart football player. He’s really physical. I think he’s a really good pick-up for the Saints. He’ll be there with two other teammates in (Marquez) Callaway and Bryce (Thompson). It will be a familiar place for him.”

Johnson feels Taylor is well suited to play cornerback for the Saints.

“It will be really good for him,” Johnson said. “He will be surrounded by some veterans that will help him out and bring him along. I think he will be a superstar special teams player.

With deep ties to New Orleans, Johnson has always liked the Saints.

“I have been a Saints fan and now I am an even bigger fan with Tyrann and Alontae on board,” Johnson said.