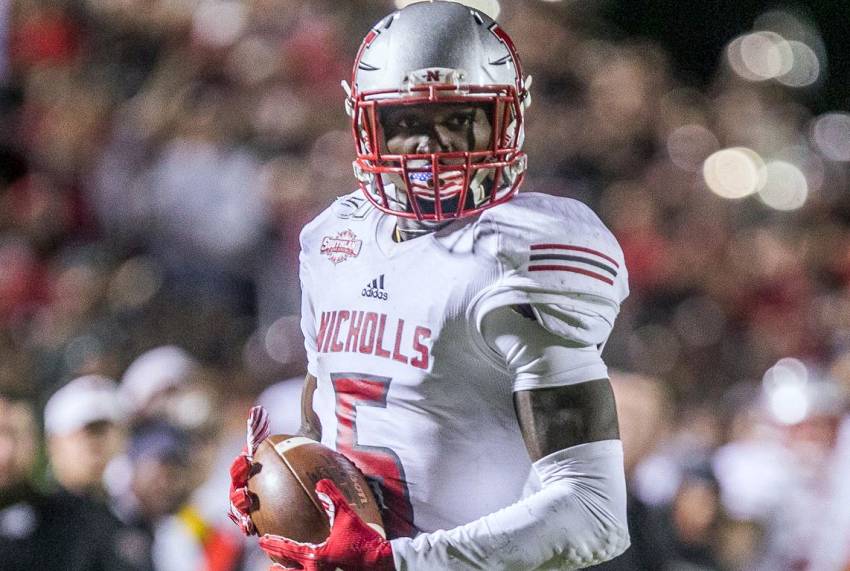 CHICAGO — Nicholls State University wide receiver Dai’Jean Dixon is one of only 25 finalists for the 2021 Stats Perform Walter Payton Award, presented to the most outstanding offensive player in the Football Championship Subdivision (FCS).

Dixon, a native of New Orleans, was put on the preseason watch list and did not disappoint in his final season with the Colonels. He finished the regular season ranked sixth in the nation with 100.2 yards receiving per game and was fourth in receptions 7.1. Despite missing the season finale, Dixon’s 1,002 yards was 10th most in the FCS.

Dixon is the first player in program history to record two 1,000-receiving yards seasons. He leaves Nicholls as the all-time leader in receiving yards (3,802), receptions (228), receiving touchdowns (35) and points scored (216).

Joining Dixon on the finalist roster from the Southland Conference were quarterbacks Cole Kelley (Southeastern) and Cameron Ward (UIW). Dixon is one of only four receivers to make the list.

A 50-member national media panel will select the winner, who will be announced on Jan. 7 before the FCS championship game in Frisco, Texas.