For the second time in as many nights, there was a no-hitter pitched in the Crescent City Sports Prep Summer League.

For the second straight time in as many nights, it was done by Cretin Townsend Homes pitching.

On Monday, Brandon Kragle and Jackson Monica combined for a no-hitter in an 8-0 win at Ascension Catholic-based State Farm.

This time, it was one pitcher accomplishing the feat. Ian Arnett threw the gem in a 10-0 victory for Cretin Townsend Homes over Newman in LaPlace in a game shortened to six innings by the mercy rule.

Arnett narrowly missed a perfect game, allowing just one base runner on a walk. Arnett struck out six, using 65 pitches, 46 of which were strikes.

The Comets (10-3-1) won their fourth straight game, scoring in every inning, tallying twice in the bottom of the first, once in the second, three in the third, two runs in the fourth and single runs in the fifth and sixth innings.

At Tiger Park, Jesuit-based Retif Oil clinched the top seed in next week’s playoffs with a 4-1 victory at Holy Cross-based Ponstein’s Food Store.

It was the seventh straight league win and the eighth in a row overall for the Oilers.

Retif Oil (11-1) scored single runs in the third, fourth, sixth and seventh innings. Ponstein’s got its only run in the bottom of the sixth inning.

Alex Jeansonne had two hits and an RBI, Everett Denny had a hit and an RBI hile Hunter Oufnac had a pair of hits for Retif Oil.

Mason Smith went the distance and took the loss for Ponstein’s (8-5). Smith pitched very well, allowing just one earned run on seven hits with one walk and four strikeouts. Luca Saltaformaggio doubled home the only run for the Tigers.

Each team scored a run in the fourth and it was 5-2 and Atalco made it 5-3 with a run in the fifth inning. The Patriots pulled away with three runs in the sixth inning.

Cole Romano started and picked up the win for River Ridge, going three and two-third innings, allowing two runs on three hits. Romano walked four and struck out two. Reed Duthu pitched two innings, allowing one run on two hits and Josh Eames finished on the bump with one and a third scoreless innings, walking one and striking out two.

Andrew Martinez led a 10-hit attack with three hits and three RBI while Dagan Bruno had two hits and two RBI. D. Gilbert and Juan Washington each added an RBI and Duthu had two hits, including a triple for the Patriots.

Refuel (3-10) got a hit and an RBI from B. Mills while J. Mahler drove in a run. Gavin Richard took the loss, going five and a third innings, allowing seven runs (six earned) on nine hits. Richard walked two and struck out three. Julyan Clarks pitched the final inning and two-thirds, allowing three runs (one earned) on three hits.

Archbishop Rummel-based Malcolm Dienes at Lakeshore-based Mortgage Gumbo and Ascension Catholic-based State Farm at St. Paul’s-based In & Out Urgent Care were not played due to rain on the north shore. 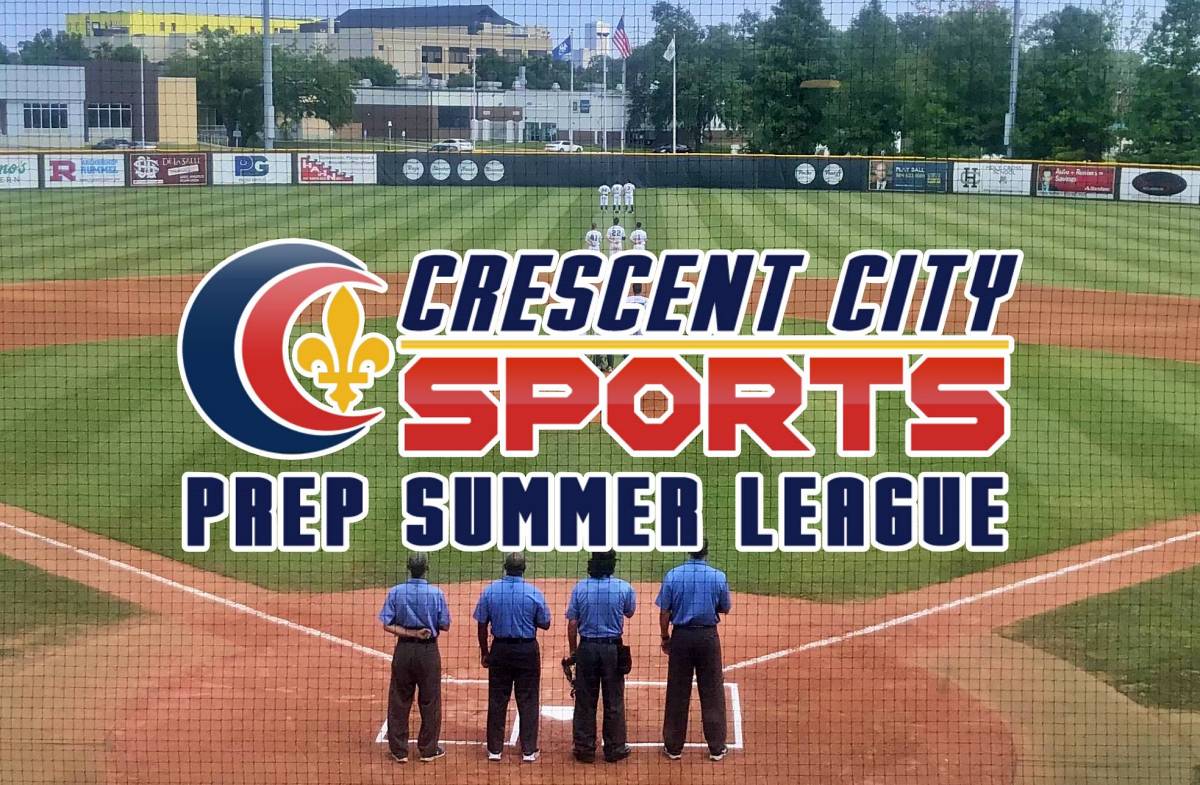