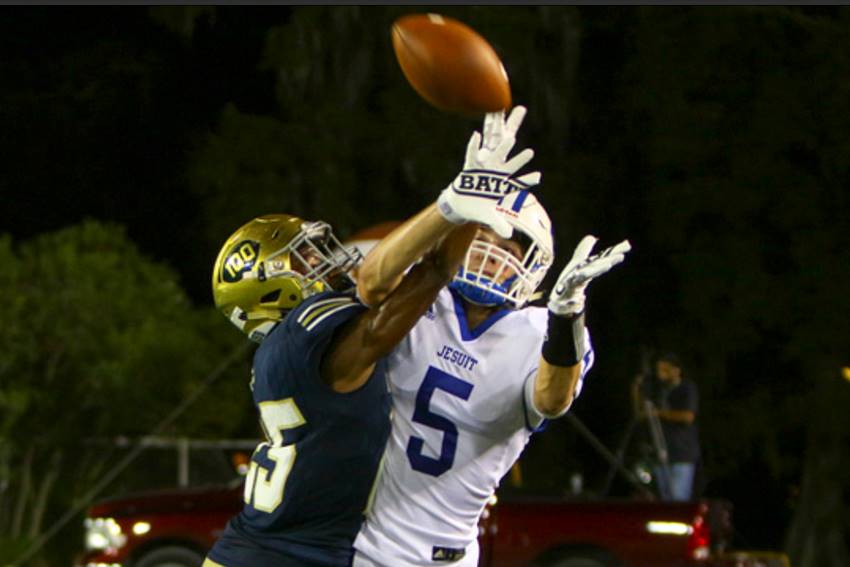 SCHOOLS: Please share with your various constituencies via email, social media or other means. This release will be posted on our site as well shortly. The link to the CCS live stream is: http://crescentcitysports.com/live-game-streams/, and the link to CST’s coverage/affiliate map is https://coxsportstv.com/affiliates/.

The coverage begins Saturday with the 101st meeting of “The Rivalry” between Holy Cross and Jesuit from Southeastern Louisiana University’s Strawberry Stadium. Coverage begins at 1 p.m. CT, with Ken Berthelot and Wayde Keiser describing the action.

The CCS/CST schedule also includes a matchup between St. Charles Catholic and De La Salle – a pair of state finalists a year ago – on Friday, Oct. 23, and a key end-of-season game between John Curtis Christian and Brother Martin on Friday, Nov. 20. Additional games may be added at a later date.

Holy Cross and Jesuit first met in 1922 and the schools have faced off on the gridiron continuously since then. The Blue Jays have won the last two matchups, including a 20-14 victory over the Tigers last year in the historic 100th meeting.

The Holy Cross-Jesuit game will re-air Saturday at 7 p.m. and Sunday at 8 p.m. on CST. All CCS-produced games on CST will also be streamed live on CrescentCitySports.com, where an archived broadcast is also available after the game.

In addition to its television partnership with CST, Crescent City Sports will also feature free live streaming of no fewer than 30 high school sporting events on its website throughout the 2020-21 school year.