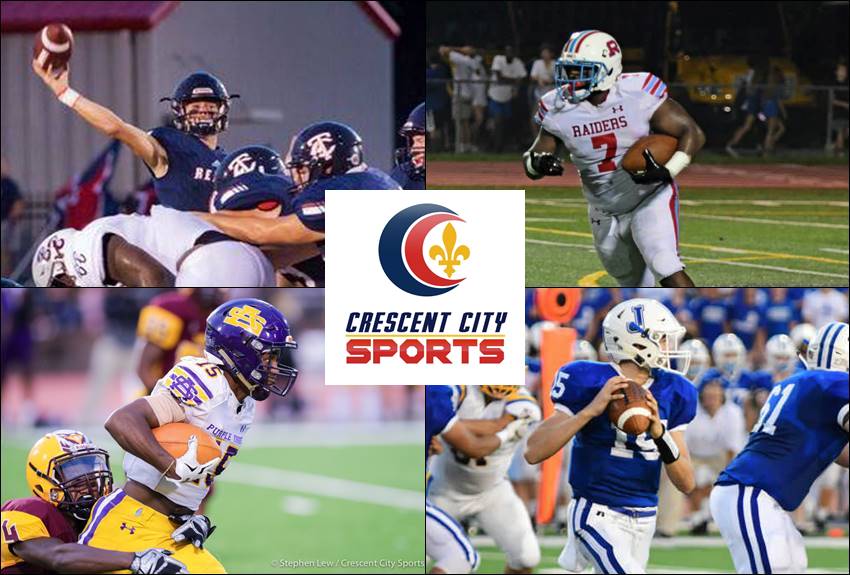 Kickoff for both the Teurlings-Rummel game Friday at Joe Yenni Stadium and the Jesuit-St. Aug matchup Saturday at Tad Gormley Stadium is scheduled for 7 p.m. The live stream will begin at 6:50 p.m. each night.

Rummel’s final non-district game of the season comes against Teurlings in a matchup of 2-1 teams. The Raiders used a late field goal to win at Riverside Academy 37-34 last week, while the Rebels will look to bounce back from a 28-14 loss to Notre Dame, the top-ranked team in Class 2A.

On Saturday, the Blue Jays (2-1) and Purple Knights (3-0) meet in the District 9-5A opener for both teams. The 2018 season marks the 40th anniversary of St. Aug’s victory over Jesuit in the 1978 Class AAAA state championship game, one of the most significant games in Louisiana high school history. The game, played in front of 44,000 fans in the Superdome, helped pave the way for all state title games to be played in the Dome beginning three years later.

Crescent City Sports will feature live streaming of no fewer than 30 high school sporting events throughout the 2018-19 school year. Additionally, in cooperation with Cox Sports Television, CCS will also produce up to 10 more events that will both be televised on CST and streamed on the site.