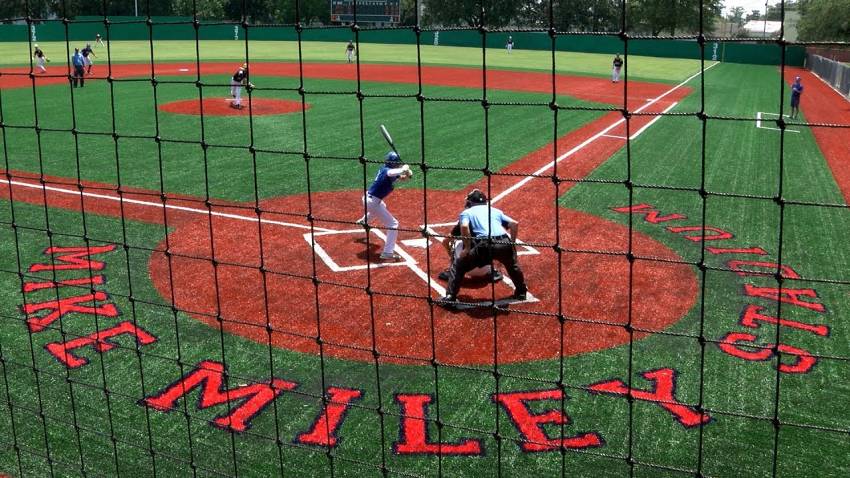 NEW ORLEANS – A pair of District 9-5A rivalry rematches in the Division I baseball quarterfinals will be live streamed this week on Crescent City Sports.

CCS will have coverage of the best-of-three series matching 10th-seeded St. Augustine versus No. 2 seed Brother Martin and sixth-seeded Archbishop Rummel against No. 3 seed John Curtis Christian beginning Wednesday night. The full schedule is listed below. CCS’ Ken Trahan will describe the play-by-play.

The Purple Knights (13-21) are playing their best baseball of the season – a season-best four-game winning streak that includes a 4-2 victory over Brother Martin in the final game of the district season and a two-game sweep of seventh-seeded St. Paul’s in the opening round of the playoffs last weekend.

Meanwhile, Brother Martin (22-7) will be looking to avenge that loss, which denied the team a share of the Catholic League title.

Instead, the title went outright to John Curtis (19-10), which ended district play on an eight-game winning streak after a pair of losses to Brother Martin. That run included a two-game sweep of Rummel by scores of 6-5 and 6-2.

The Raiders (21-14-1) advanced to the quarterfinals with a two-game sweep of McKinley, both by mercy rule.

The first two games of the St. Aug-Brother Martin series will be played at historic “Rags” Scheuermann Field at Kirsch-Rooney Stadium Wednesday and Thursday. If a third game is necessary, it will be played Saturday at Mike Miley Stadium.

The entire Rummel-Curtis series, which runs Thursday through Saturday, will be played at Miley, which coincidentally serves as the home park for both schools. The first game of the series between the Patriots and Raiders will be streamed on Curtis’ athletic website.

This week’s winners advance to the Division I semifinals May 12 at Southeastern Louisiana’s Pat Kenelly Diamond at Alumni Field. The championship game is May 14.