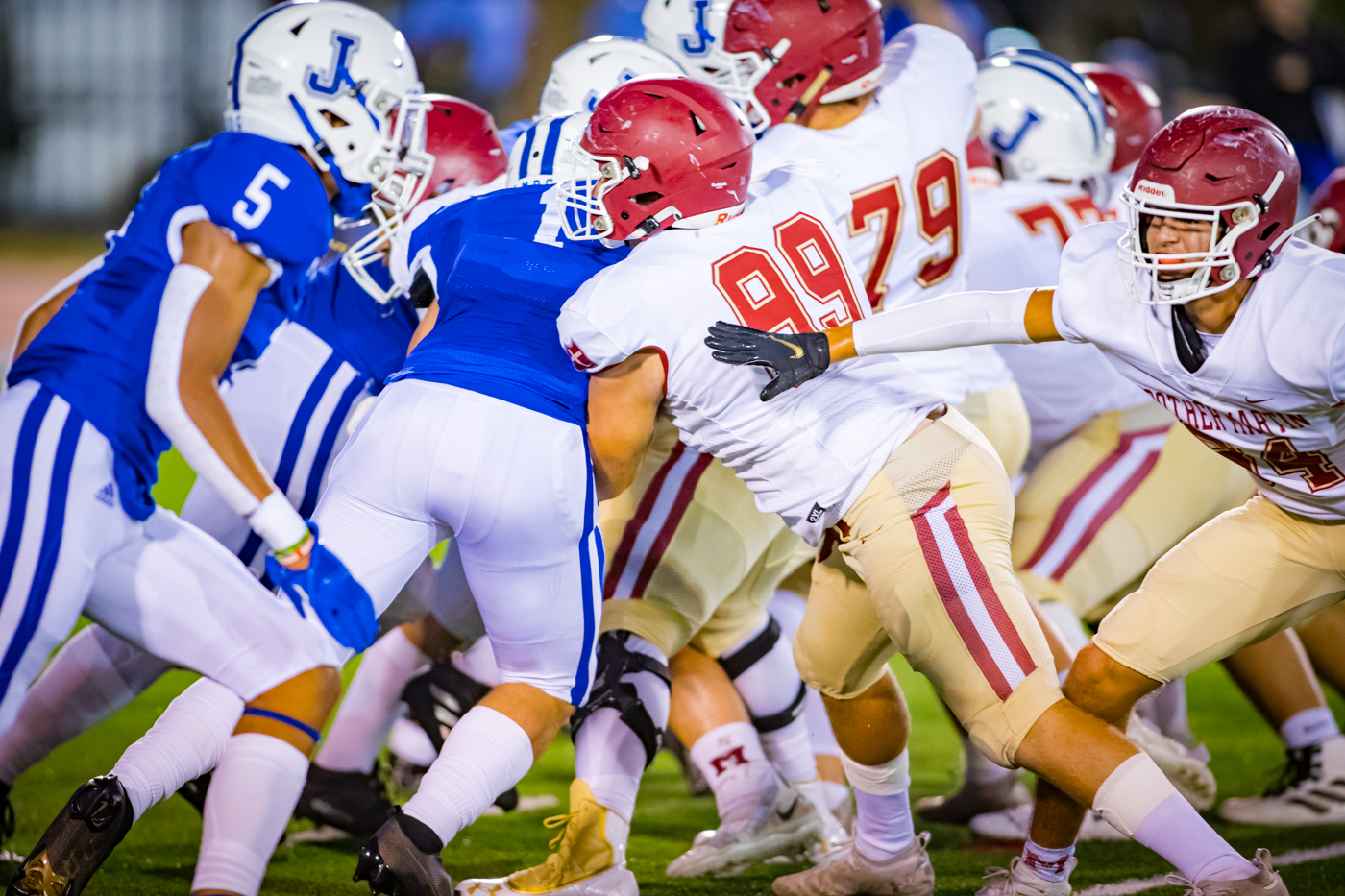 NEW ORLEANS – One of the most anticipated New Orleans-area high school football playoff games in recent memory – the Division I semifinal showdown between District 9-5A rivals Brother Martin and Jesuit – will be live streamed Friday night on Crescent City Sports and broadcast as part of Ken Trahan’s Original Prep Football Report on NASH ICON 106.1 FM.

Coverage from Tad Gormley Stadium in New Orleans begins at 5:45 p.m., with kickoff at 6. Trahan, who serves as co-owner and CEO of Crescent City Sports and sports director of Cumulus New Orleans, will describe the play-by-play, with Wayde Keiser and Terry Ursin providing color commentary.

Friday’s game matches a Jesuit team that won the Catholic League title for the first time in a decade against a Brother Martin squad that went undefeated on the field for a second consecutive regular season but was forced to forfeit five games for using an ineligible player.

Among the forfeits was a 20-14 triple overtime on-field victory by the Crusaders on Sept. 24 at Tad Gormley in the district opener for both teams. Nine weeks later, the teams meet with a spot in the Division I championship game on the line.

Brother Martin last played for a title in 1989, while Jesuit’s 2014 Division I crown is its only championship game appearance in the last 43 years.

Last Friday, No. 2 seed Jesuit (9-0) blocked a potential game-tying extra point with 40 seconds remaining to defeat John Curtis 14-13 in the quarterfinals, while 11th-seeded Brother Martin (5-5) made the five-hour road trip to north Louisiana and eliminated Byrd 45-14.

Friday’s winner will face the St. Paul’s-Catholic winner in the Division I title game Dec. 4 at Tulane’s Yulman Stadium.

“The Original” will feature updates from the other 27 semifinal and quarterfinal games around Louisiana at halftime and after the game.