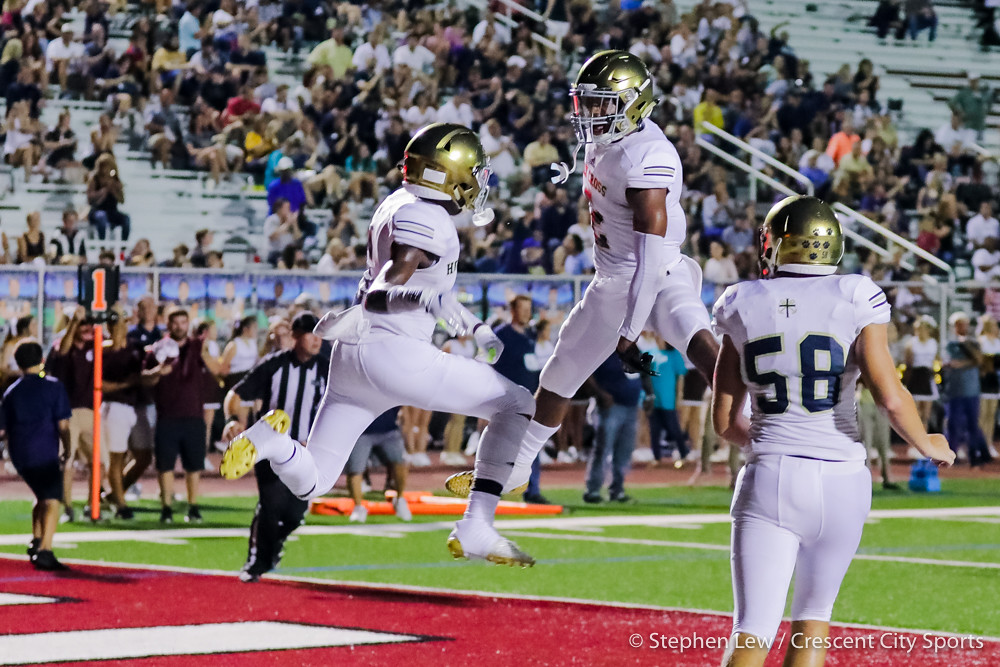 It should come as no surprise.

John Curtis Christian has looked the part of a championship team from the jump this season, displaying a solid offense with speed and a rugged, rock-solid defense.

While the Patriots have not won a state title since 2013, they appear poised to change that distinction in 2018.

John Curtis moves up to the top spot in Class 5A in the new Crescent City Sports Top 10 rankings for week four after a very impressive 21-0 victory at Parkview Baptist.

Curtis makes the move to the top spot after previously top-ranked and defending Division I state champion Catholic of Baton Rouge fell victim to powerful University High. West Monroe is a strong second after a 56-14 win over Wossman with unbeaten Acadiana now third. Catholic falls to fourth while defending Class 5A state champion Zachary is fifth.

John Ehret moves into the top 10 at No. 7 after a huge win over Destrehan. Holy Cross cracks the top 10 in the 10th spot after whipping rival Chalmette.

Karr remains on top in 4A after getting revenge against De La Salle in a 34-7 victory. Warren Easton rallied to escape the upset bug in a thriller over Landry-Walker. St. Thomas More continues to score points in bushels and is a strong third. Lakeshore remains fourth with Neville fifth. Unbeaten Livonia moves into the top ten at No. 9 while Bastrop also enters the rankings in the tenth spot.

University High continues to roll and looks virtually unbeatable as the Cubs are first in 3A once again with Jena moving up to second after mauling Block 46-0. Church Point is third off of a big 30-24 win over Kaplan with Union Parish taking over the fourth spot and Archbishop Hannan moving all the way up to fifth. Loyola Prep enters the top 10 at No. 8..

Defending Division III state champion Catholic of New Iberia remains on top in 2A after crushing St. Thomas Aquinas 63-7. Notre Dame remains second after a big win over Teurlings Catholic with Country Day moving up to third. Amite is fourth with Dunham fifth. Ascension Episcopal moves into the ninth spot with St. Helena returning to the rankings at No. 10.

Kentwood holds the top spot in 1A after the Kangaroos downed East Feliciana 40-20. Oak Grove is second after a big 20-14 win over rival Sterlington. Southern Lab is third with Haynesville fourth and West St. John fifth.