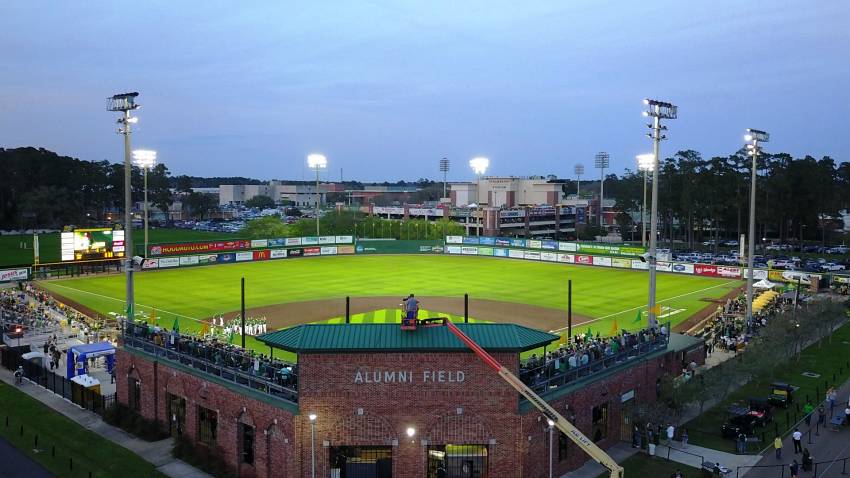 NEW ORLEANS – Both Division I semifinal matchups in the Ochsner LHSAA Baseball Tournament will be broadcast live on Crescent City Sports and NASH ICON 106.1 FM in New Orleans Thursday.

Third-seeded John Curtis Christian faces No. 2 seed Brother Martin in the first semifinal at 2 p.m., while No. 5 seed and defending state champion Jesuit takes on top-seeded Catholic High in the second game at 7 p.m., both at Pat Kenelly Diamond at Alumni Field on the campus of Southeastern Louisiana University in Hammond.

Coverage on CrescentCitySports.com and NASH ICON will begin 15 minutes prior to first pitch, with Ken Trahan and Danny Riehm describing the action. The radio broadcasts are sponsored by Brother Martin High School and Jesuit High School.

The three New Orleans-area teams in the semifinals all battled back from deficits in their quarterfinal series to win in three games, with John Curtis (21-11) defeating Archbishop Rummel, Brother Martin (24-8) knocking off St. Augustine and Jesuit (23-13) going on the road to eliminate Byrd. Catholic (29-7) advanced to the semifinals by sweeping a two-game series from Archbishop Shaw.

Last year, Jesuit defeated Byrd 6-1 in the championship game to extend its record total of state baseball titles to 21. Curtis, which won back-to-back Division I championships in 2017 and 2018, is looking to become the sixth program in Louisiana with 10 baseball championships. Catholic High is seeking its fifth title overall and first since 2013 and Brother Martin is after its third title and first since 1996.

Thursday’s winners advance to Saturday’s 7 p.m. championship game, also in Hammond, where all five select division finals will be played over two days. There will be a radio broadcast of the Division I final on NASH ICON 106.1 FM; video streaming for the finals is through the LHSAA’s partnership with NFHS Network.