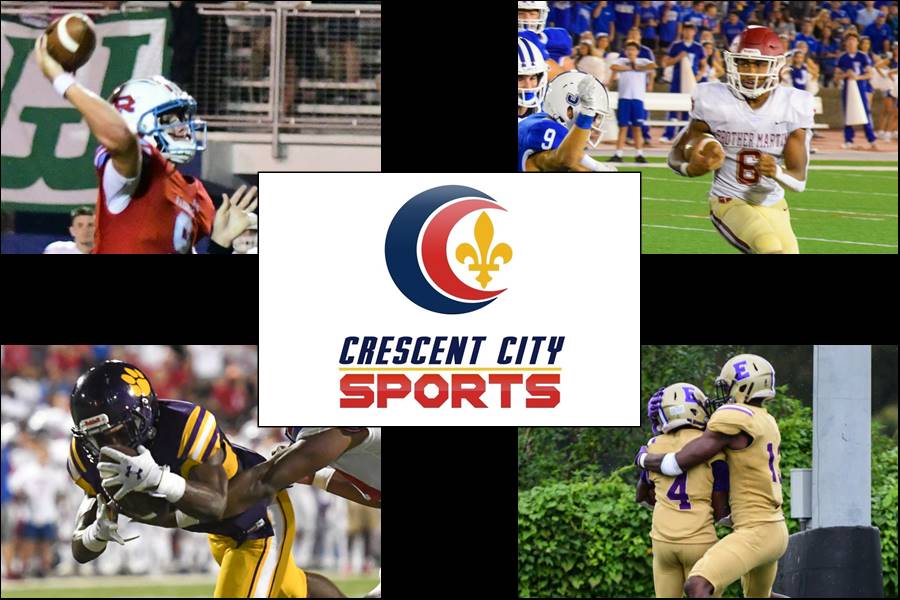 NEW ORLEANS – Two of the top high school matchups in not just the New Orleans area, but across Louisiana, will be live streamed by Crescent City Sports this weekend.

On Friday night, CCS has coverage of the District 9-5A showdown between defending league champion Brother Martin and 2019 champion Archbishop Rummel at Joe Yenni Stadium, and on Saturday night, the Orleans Parish rivalry between Edna Karr and Warren Easton takes place at Tad Gormley Stadium.

Friday’s kickoff is set for 7 p.m., and Saturday’s game gets under way at 7:30. The live stream on CrescentCitySports.com will begin about 10 minutes prior to kickoff each night. Additionally, a tape-delayed broadcast of the Brother Martin-Rummel game will also air on Cox Sports Television Tuesday, Oct. 12, at noon.

The Crusaders and Raiders are each 3-0 overall. Brother Martin is 2-0 in Catholic League play with victories over Jesuit and St. Augustine, while Rummel opened district play last Saturday with a last-minute victory over Archbishop Shaw.

Brother Martin is No. 5 in the latest Crescent City Sports Class 5A rankings.

Saturday marks the ninth meeting in five years between the Cougars and Eagles, who since 2017 have not only met in the regular season, but in December playoff matchups – twice in the semifinals and twice in Class 4A championship games.

Karr is 8-0 in that stretch against Easton, with four of the games decided by eight points or less.