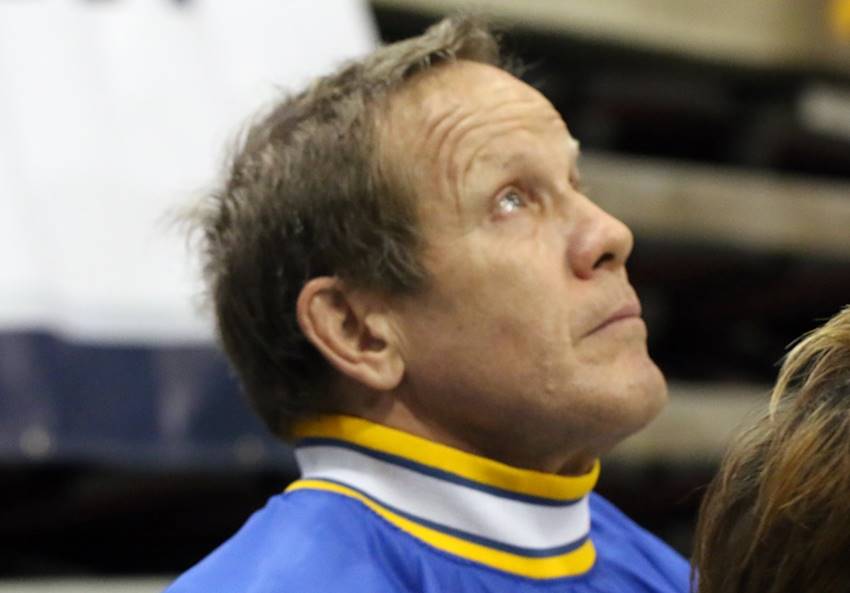 One of the most successful coaches and athletic directors in the Greater New Orleans area is leaving his long-time home for another North Shore school.

Craig Ketelsen is departing his position of athletic director at St. Paul’s in Covington to take a similar position at Christ Episcopal, also in Covington.

Ketelsen was an outstanding wrestling coach at St. Paul’s from 1988-2017, leading the Wolves to a pair of state championships, winning Division II State Coach of the Year honors twice.

The Wildcats field sports teams that compete in several boys and girls LHSAA sports in Class B. Those sports include cross country, track and field, swimming, volleyball, basketball, soccer, golf and tennis.

The transition is an easy one for Ketelsen, who will simply make the four-mile drive from St. Paul’s to Christ Episcopal.

“I love St. Paul’s,” Ketelsen said. “I’ve been here over 30 years. The headmaster at Christ Episcopal used to be the vice principal at St. Paul’s. I felt a connection there. I would never want to leave St. Paul’s for any place other than a place like Christ Episcopal where I feel like there’s an opportunity for a new challenge for me.”

Christ Episcopal was a grammar school until 2009, when the high school was added.

“We are working on adding a baseball and possibly a softball program,” Ketelsen said. “We are hoping and planning on improving and expanding the athletic program. There is room for growth in the school and in athletics. The dream, down the road, is to add football.”

“I plan to start a wrestling program,” Ketelsen said. “You cannot be surprised by that. I miss coaching a bit. I miss the connection with the kids and would love to add my expertise.”

St. Paul’s will announce a decision soon on a new athletic director.

Priola has been the principal at Boyet Junior High and at Pearl River High School most recently.

Priola was an outstanding basketball coach at Mandeville High previously, serving in that capacity for 17 years. Priola was also athletic director and assistant principal at Mandeville.

Priola replaces Doug Saylor as basketball coach, who is retiring at the end of the school year.

In addition, Bridget Chatham has been named as head of Christ Episcopal’s early childhood campus division.

Covington, LA– Christ Episcopal School Headmaster John Morvant has announced that the school will welcome Craig Ketelsen and John Priola to its athletics department and leadership team for the 2021-2022 school year.
Craig Ketelsen will assume leadership of the expanding CES athletic program on July 1 when he becomes athletic director. Ketelsen is well known in the northshore community, having served as athletic director for the past 20 years at St. Paul’s School in Covington. He was also the head wrestling coach there from 1988-2017, and, along the way, led his teams to two state championships and 20 parish titles. Among his many accolades, Ketelsen was named Parish Wrestling Coach of the Year 20 times and Division II State Coach of the Year twice. Additionally, St. Paul’s School captured 22 Division I state titles in 10 different sports during Ketelsen’s tenure. Ketelsen will work with CES Associate Athletic Director Hope Walley to enact a strategic plan that will continue to provide competitive and engaging athletic programs for CES students in all divisions.
“I am thrilled to welcome Coach Ketelsen to Christ Episcopal School,” Morvant said. “His years of experience and proven success in athletic administration will serve to further bolster our already thriving athletics program.”
Another veteran northshore educator, John Priola, will join CES as dean of students for grades 8-12 and head boys basketball coach, also effective July 1. A career educator and coach, Priola has served most recently as principal of Boyet Junior High and Pearl River High School. He is probably best known in our community as the former basketball coach at Mandeville High School (17 years), where he also served as athletic director and assistant principal. Priola will take the reins as head boys basketball coach when current CES boys basketball coach Doug Saylor retires at the end of this school year.
“We feel particularly fortunate to bring on Coach Priola, a coach who shares Coach Saylor’s philosophy of using sports to promote qualities of character and servant leadership in our students,” Morvant said.
Ketelsen and Priola join an athletics program that is relatively young yet has already experienced significant success. Christ Episcopal School first joined the Louisiana High School Athletic Association in 2017, and has since collected six team state championships, tallied six team state runner-up finishes, and amassed numerous individual state awards.
The mission of the CES athletics program is to teach character through sports; to build confidence; and to develop social skills, sports skills, and physical fitness. Along with a full complement of athletic offerings, CES is committed to providing the facilities needed to support those offerings: the CES Christwood Boulevard Campus athletics zone boasts two gymnasiums, including a new, 1,100-person capacity facility in the Reily Academic & Athletic Complex; a lighted, all-weather track and field and soccer complex; three tennis courts; and a putting green.
For more information about Christ Episcopal School, visit www.christepiscopalschool.org.