Country Day captured both the boys and girls Region 3-1A track and field championships on Thursday at Joe Yenni Stadium.

In the girls competition, Kate Corcoran of Country Day finished first in both the 400 and 800 meter races while Emmeline Moore won the 1,600 and 3,200 meter runs. Eugenie Dazet of the Cajuns won the pole vault with teammate Lila Moody tying her with a vault of seven feet.

Kylar Coleman of St. Martin’s was a double winner, taking both the 100 meter and 300 meter hurdles while Toi Robinson of the Saints won the high jump competition and Sofia DiVicenti was first in the javelin throw. 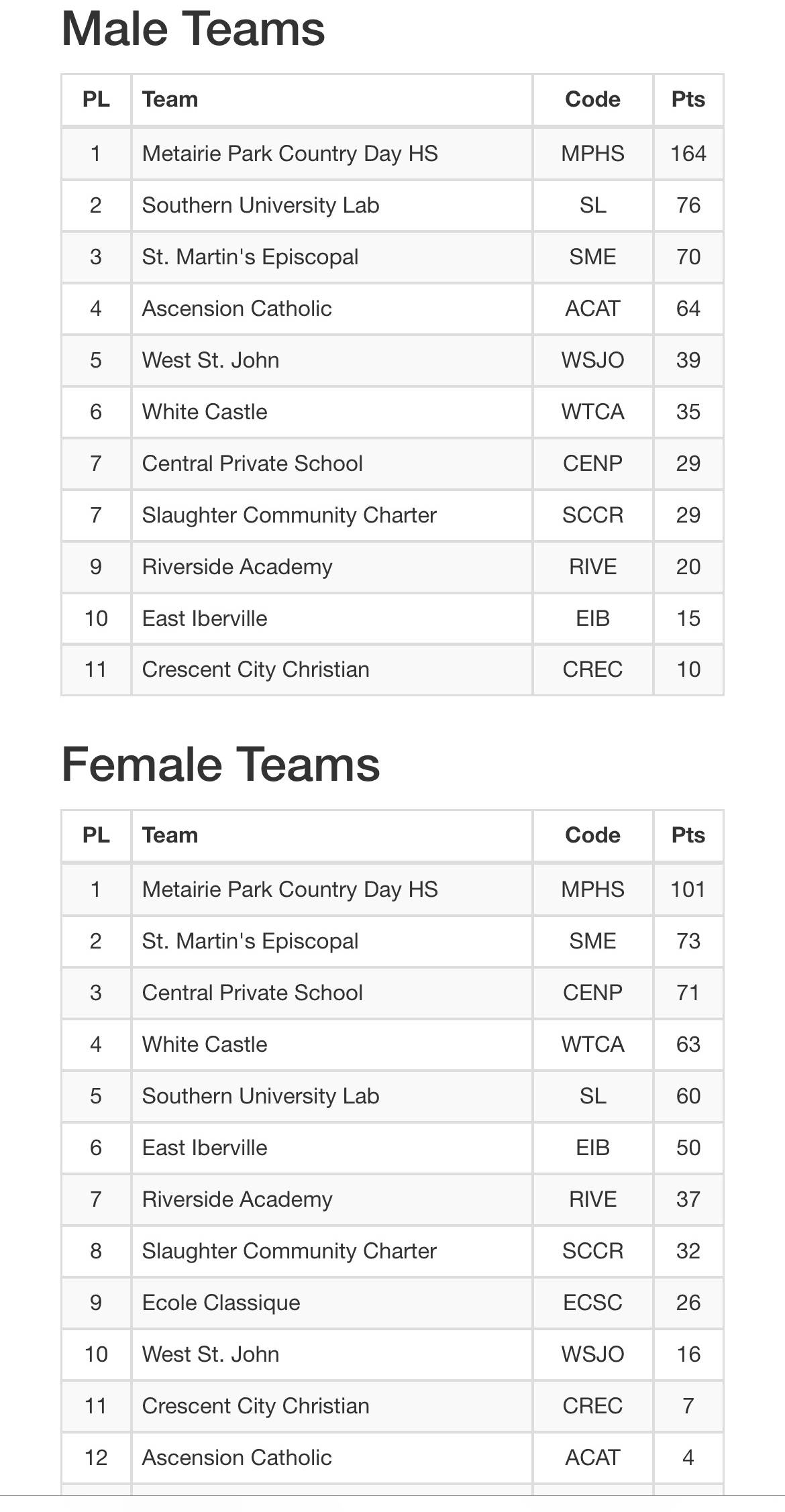