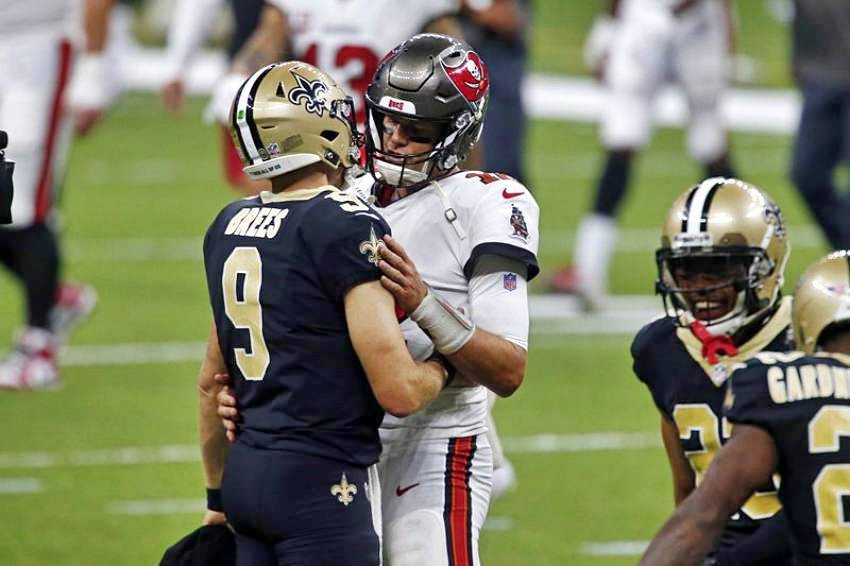 METAIRIE – The first game of any football season is unique.

It is preceded by a combination of hopefulness and uncertainty that won’t be precisely matched by that of any subsequent game.

Sometimes the opener becomes memorable beyond just being the first performance by a new version of the latest team representing the franchise.

The New Orleans Saints have had a bunch of season openers that were memorable for a variety of reasons.

With opener No. 56 looming on Sunday in Atlanta, here are 10 examples (in chronological order) of games that started Saints seasons and proved to be eye-openers for a variety of reasons:

The Saints burst onto the NFL scene in grand fashion as the first play in franchise history turned into a 94-yard touchdown on a kickoff return.

Al Hirt started playing “When the Saints Go Marching In” on the sideline as a crowd of 80,879 roared inside Tulane Stadium.

After the game ended, Gilliam said he told himself at the end of the kickoff return, “it don’t get any better than this.”

He was right. It was all downhill from there. The Saints started their first season with seven consecutive losses and finished with a 3-11 record.

But Gilliam’s kickoff return remains one of the most memorable plays in Saints history.

It was Archie Manning’s first game as Saints quarterback. The Rams led 20-17, but the crowd inside Tulane Stadium had hope as the Saints had time for one last play at the L.A. one-yard line.

Manning took the snap, rolled left and cut back, crossing the goal line before the football slipped from his grasp. The official on the spot emphatically signaled touchdown, setting off a wild celebration of the Saints’ first victory in a season opener.

There’s a lot to unpack here.

The Saints waited all offseason for an opportunity to avenge a pair of bitter losses to their most bitter rival the previous season.

In 1978 the Falcons won both meetings 20-17 in the final moments. On November 12 in the Superdome the winning points came on a play that started at the Atlanta 43 with just 19 seconds left. Steve Bartkowski threw a desperation pass, which we would later learn was called “Big Ben,” and the ball was tipped, then snagged by Alfred Jackson at the 11-yard and he sprinted into the end zone.

The Saints were poised to get even two weeks later in Atlanta when they intercepted Bartkowski in the end zone in the final seconds, but a controversial defensive pass interference call gave the Falcons a first down at the one with 10 seconds left. Bartkowski’s touchdown pass to Jim Mitchell on the following play produced another heart-breaking loss for a Saints team that would finish 7-9 and gut-wretchingly close to their first winning season and first playoff berth.

So there’s the context for this opener.

Surely things were going to turn out better for the Saints when they opened the ’78 season against the Falcons in the Dome. The game went into overtime with the score tied at 34.

The Saints lined up to punt and the snap sailed over the head of rookie punter Russell Erxleben, who ran the ball down. He made a desperation attempt at a pass, but the ball fluttered to James Mayberry, whose six-yard touchdown return produced a Falcons win by a score that matched the combined score of the two losses the previous season.

This near-miss loss in the opener set the tone of another near-miss season as the Saints went on to finish 8-8.

It was two weeks after Hurricane Katrina devastated New Orleans and turned the Saints into nomads.

The Saints gave a game ball to Katrina victims, celebrating the lone positive moment in what turned into a 3-13 season.

The post-Katrina era began with a new head coach (Sean Payton), a new quarterback (Bress) and a mostly rebuilt roster.

While the finishing touches were being put on the rebuilt Superdome, the Saints opened the season in Cleveland.

The successful start led by a group of fresh faces set the tone for a fresh start for the franchise. Payton’s first team finished with a 10-6 record and won the NFC South title, and the Saints reached the NFC Championship Game for the first time.

That 2016 run was followed by a pair of non-winning seasons, but the fourth season of the Payton era would be one for the ages.

Though the first game turned into a lopsided victory in the Superdome, the Saints were really sloppy against the worst team in the NFL.

The bad: The Saints turned the ball over three times, including a Mike Bell fumble that was returned 65 yards for touchdown, allowed a field goal to be blocked and gave up an 87-yard kickoff return and a 43-yard punt return.

Gradually the Saints cleaned up the sloppiness, won their first 13 games and rolled to their only Super Bowl title.

The Saints’ first game as NFL champions came in the Kickoff Game just seven months after the victory over the Colts in Super Bowl XLIV.

It was the seventh straight season that the champions began the following season at home to start the season on a Thursday night.

In a rematch of the NFC Championship Game that the Saints won 31-28 in overtime, this opener was far less intense and entertaining.

Brees did drive the Saints to a touchdown on the first drive, throwing a 29-yard pass to Devery Henderson for the score, but finished with a modest 237 passing yards. Garrett Hartley, whose field goal won the title game, missed two field goals this time.

The lowest-scoring victory of the Payton era (to that point) didn’t match the championship game and the 2010 season wound up not matching the 2009 season, though the Saints did make the playoffs again before losing at Seattle in a Wild Card Playoff.

The Saints opened the season at home on Monday Night Football and prevailed in one of the Brees-iest endings of the quarterback’s Hall of Fame career.

But Deshaun Watson drove the Texans to a go-ahead touchdown with 37 seconds left.

No problem for Brees – or Lutz.

The Saints started at their 25 with one time-out. Brees completed passes for 15, 11 and nine yards, called timeout, and Lutz drilled a 58-yard field goal as time expired.

And that was that.

The Saints spoiled Tom Brady’s debut as Tampa Bay’s quarterback in what wound up being Brees’ last season opener.

The game was played in a weird atmosphere as the Superdome was nearly empty because of COVID-19 protocols, though crowd noise was piped in.

The Saints intercepted Brady twice (Marcus Williams and Janoris Jenkins) and Jenkins returned his pick 36-yards for a third-quarter touchdown.

New Orleans would also beat Brady and the Bucs in Tampa, but the season and Brees’ career would end 126 days after the opener when Tampa returned to the Dome and beat the Saints 30-20 in a Divisional Playoff,

This was one of the most memorable victories in Saints history : First game after Brees’ retirement, a home game played in Jacksonville, Fla., amid a weeks-long displacement to the Dallas-Ft. Worth area due to Hurricane Ida – and a total dismantling of a popular choice to win the NFC title, led by the reigning MVP (Aaron Rodgers).

The Saints weren’t able to play their final preseason game (scheduled against Arizona in the Superdome) because of Ida.

Jameis Winston made his debut as Brees’ successor and needed to pass for just a mere 148 yards to turn the game into a rout because he threw five touchdown passes.

Williams and rookie Paulson Adebo intercepted Rogers, who suffered his team’s lowest-scoring game in which he started and didn’t have to leave because of injury, though he did leave in the fourth quarter because the game was a lost cause.

The home-standing Saints spoil the NFL debuts of head coach Jimmy Johnson and quarterback Troy Aikman (a pair of future Pro Football Hall of Famers) to start a 9-7 season.

The first game of Sean Payton’s suspended season sets the tone for a 7-9 record.

Payton returns and the Saints start 5-0 on their way to an 11-5 season.