Twenty years ago Thursday, Skip Bertman coached his last game as his LSU Tigers lost the third and deciding game of a memorable super regional to Tulane at the facility formerly known as Zephyr Field, leaving Bertman one game shy of finishing his career at the College World Series.

Will Paul Mainieri go one step further than the man who hired him 15 years ago and finish his career in Omaha – or will it end this weekend in Eugene, Oregon, or perhaps next weekend in a super regional?

Mainieri announced his retirement last Friday, three days before the Tigers received an at-large berth to the NCAA baseball championship. LSU is a No. 3 seed in the Eugene Regional and will face second-seeded Gonzaga in the opening round at 9 p.m. CDT Friday.

If Tiger fans are looking for a reason for optimism this postseason, look no further than what happened during the last NCAA tournament two years ago, and the last postseason games played on the field named for Bertman inside Alex Box Stadium.

In legendary coach Mike Martin’s final season, Florida State, a No. 3 regional seed with an RPI of 50, won three straight games in Athens, Georgia – including back-to-back dominant victories over the No. 6 national seed Bulldogs.

FSU’s upset thrust LSU – which was not one of the top eight seeds – into a super regional host against the Seminoles.

While the Noles went 0-2 in Omaha, Martin’s 40th and final team in Tallahassee took him on an unexpected trip through the postseason.

Martin isn’t the only coach to end his career in Omaha. A decade earlier, Corky Palmer had announced his retirement at Southern Miss prior to the 2009 season. (As an aside, Palmer has been in the news recently; he suffered a stroke last August and his former players and their families are raising money to assist in his medical expenses.)

The Golden Eagles reached the postseason as a No. 3 seed in Atlanta (perhaps there’s a pattern here). USM slugged its way to a regional title, scoring 39 runs in three victories, one over Elon and two over host Georgia Tech.

The next stop for Palmer’s club was to Gainesville and No. 8 national seed Florida for the best of three super regional. USM won 7-6 and 9-7 to reach Omaha for the first – and so far only – time in program history.

Like Martin’s Seminoles, Palmer’s Golden Eagles had too short of a stay in Omaha, losing its first two games.

And providing even more symmetry to this story, Florida State – led into the postseason for the first time by Martin’s son, Mike Jr. – will face Southern Miss – coached by Scott Berry, the man who replaced Palmer 12 years ago – in Friday’s opening round in Oxford, Mississippi. 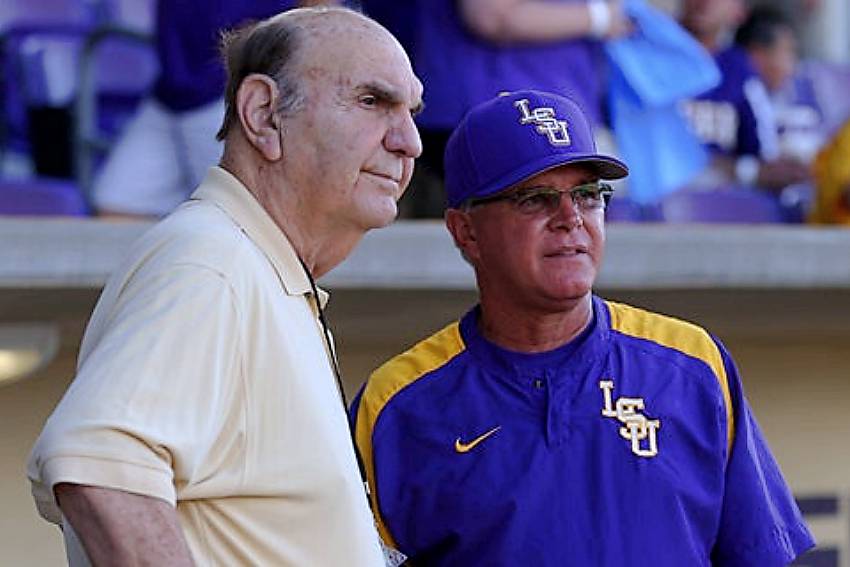 These remaining games should be seen as an opportunity to appreciate Mainieri’s impact.