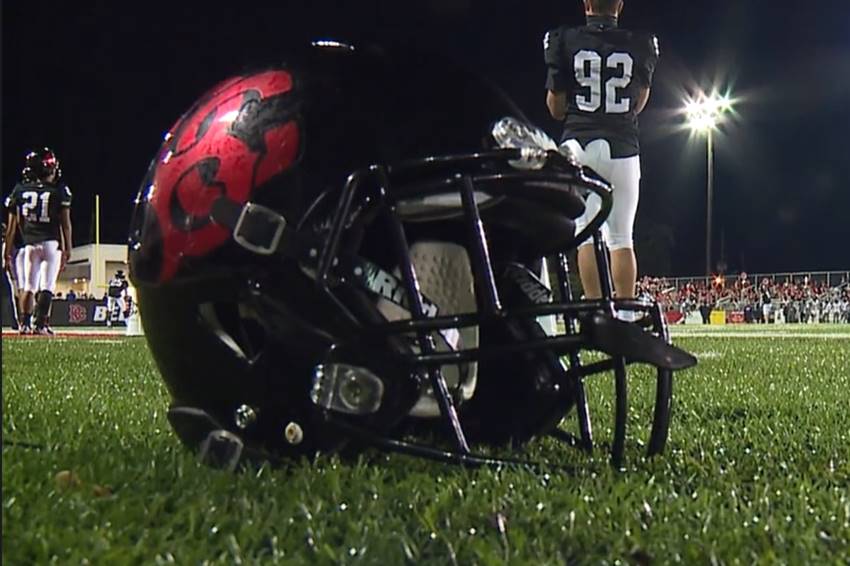 When you think of Belle Chasse football, you think of a hard-nosed, physical, run right at the opponent brand of play.

That has defined the Cardinals under Stephen Meyers in his eight seasons as head coach.

Meyers has led the Cardinals to 49 wins and several playoff appearances.

The 2021 season was a very good one for the Cardinals, who reached the Class 4A quarterfinals.

Belle Chasse has been consistently good under Meyers, winning at least one playoff game in each of the last five seasons.

“You want to be consistent as a program and try to avoid dips in the seasons,” Meyers said. “The kids know the system and what we do. A lot of the coaches have been together for up to eight years and that helps also.”

Fortunately, there is a wealth of experience returning in 2022, led by defensive back/wide receiver Jeremiah Moses (6-0, 180). The senior is a University of Louisiana (Lafayette) commit.

“Jeremiah will play both ways and he will also run the ball some for us,” Meyers said. “He’s very fast a really good player and a really good kid.”

Once again, Belle Chasse will use players on both sides of the ball, maximizing the talent on hand.

Senior Kyelin Smith (6-1, 235) is a good defensive lineman and a physical running back.

“Smith has offers to play college football,” Meyers said. “He is an excellent player.”

Senior lineman Riley Whitten (6-2, 275) will play on both sides of the ball. Whitten will play guard on offense and defensive line as well.

“Voisin is fast, big and strong and he can help us on both sides of the ball,” Meyers said. “

“We have quite a few players who will see action on both sides of the ball,” Meyers said. “We have 15 starters back from last year. We are bigger, faster and stronger. Carlos and Gary Ragas are both two-way players. Carter is a good running back. We have a lot of seniors so we expect good leadership.”

The schedule opens at home against McMain on September 2 before a trip to South Plaquemines. Home games with Vandebilt Catholic and Salmen follow before a road game at Franklinton. The final non-district game is at home against a talented Newman squad.

“McMain has a new coach and will be athletic,” Meyers said. “South Plaquemines is a big rivalry game. Vandebilt has size and a good running back. Eric Chuter does a good job at Salmen and they get better every year. Franklinton has Guy Lecompte so they will be better. Newman has a lot of good players and will be a fun game.”

District 10-4A play begins at home against Archbishop Shaw on October 14 before a trip to Hoss Memtsas Stadium to face Higgins. After hosting Helen Cox, the Cardinals close the season at Berhman Stadium against Landry on November 4.

“Shaw will be improved with Coach Hank Tierney, well coached,” Meyers said. “Higgins has Clifford Harris and they are working hard to get it together. I coached Clifford there. He is a good person. Helen Cox has a state championship coach in Emanuel Powell. Landry is always athletic.”

The Cardinals will not have to deal with Karr, who moved up to Class 5A to compete in the Catholic League.

With a wealth of experience and a consistent tradition of winning, expect Belle Chasse to contend for a district title and to make a playoff run again this season.

“I think the league is wide open,” Meyers said. “Everyone has a shot. We should be improved from last year. If we can avoid injuries, we should be a good team. We’re expecting to have a good season.”