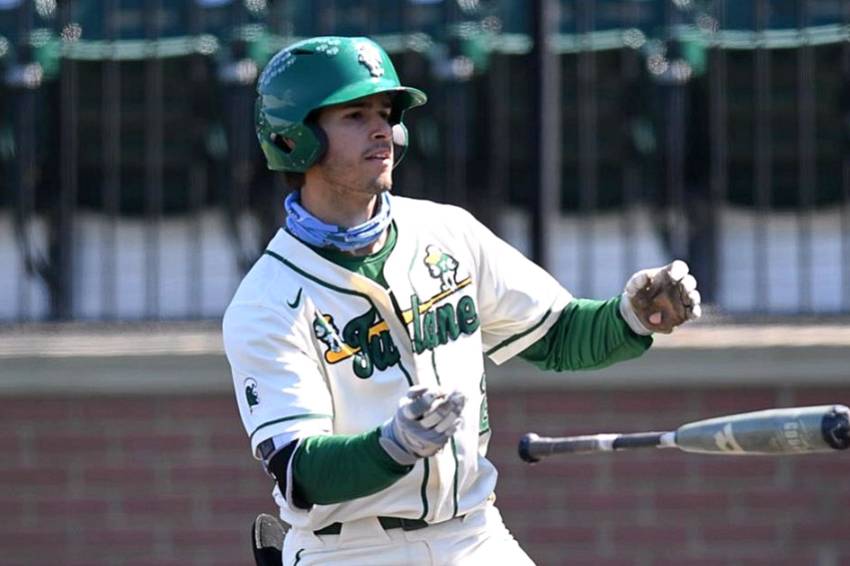 Metairie, Louisiana native is one of six finalists nationally

NEW ORLEANS – Tulane University sophomore Collin Burns was selected today as one of six national finalists for the Brooks Wallace Shortstop of the Year Award.

He also was the only Green Wave representative on the 2021 AAC All-Tournament team.

In 2021, the Metairie, Louisiana, native established himself as one of the team’s most valuable players both offensively and defensively as he ranked second on the team in batting average, hitting at a .353 clip.

The award, sponsored by Mizuno, honors the nation’s top shortstop and will be presented this summer by the College Baseball Foundation. It is named for former Texas Tech shortstop Brooks Wallace, who played for the Red Raiders from 1977 to 1980. Wallace died of leukemia at the age of 27.

For more information on the Wallace Award or the Night of Champions event, visit www.collegebaseballhall.org.