College Sports and COVID-19: What the future might hold 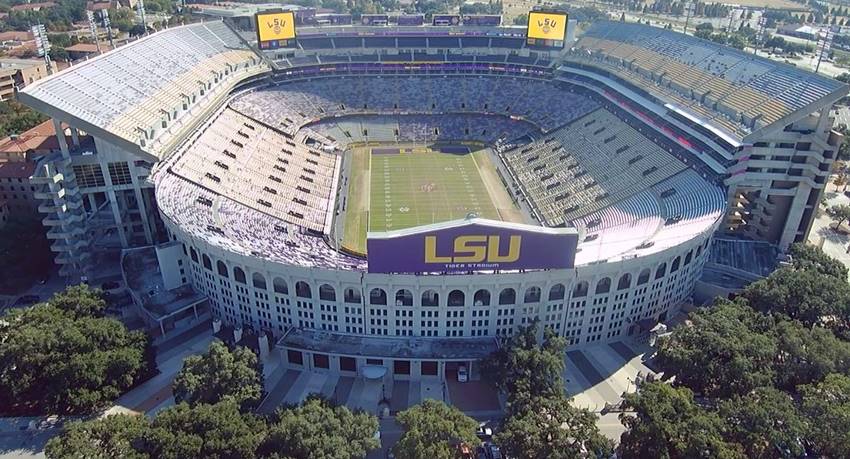 Like most parts of our lives, the sports world is in a holding pattern due to the COVID-19 pandemic.  It has forced many to speculate and wonder what sports will be like as we go forward.

Certainly, the health and well-being of people is the top priority.  While it seems that no one knows exactly what the future landscape of sports will be, I do believe sports are an important part of the daily lives of most people.

Spectator sports have served as a rally point and diversion for people for many decades throughout our nation’s history.  In recent times, it helped people bounce back after the September 11, 2001 attacks, Hurricane Katrina and many other painful incidents.

Right now, we don’t have live sports to distract us. The NBA suspended play, spring sports in college and high school have been cancelled.  MLB never got the regular season under way.  Many other events such as golf, horse racing, NASCAR and others are in a holding pattern.

This brings me to the future college football and college sports as a whole.  In the NCAA, college football revenue fuels major college athletic departments across the nation in most if not all cases.  It brings in big money for the Power 5 and Group of 5 conferences but it also trickles down through other Division I, II, and III programs.  The revenue is primarily from television money, corporate partnerships with conferences and ticket sales.  Other revenue varies from institution to institution but college athletics would not function as we know now without the revenue football provides.

I am not sure anyone knows what the fall seasons will look like.  There have been a lot of “what if” discussed but the developing situation of a pandemic does not provide set benchmarks from which plans can be made.

I can assume that revenues coming in for 2020-2021 will be significantly down regardless of how this fall unfolds.The 2019-2020 numbers are incomplete at this point, but we know they will be much lower than 2018-2019 due to no March Madness.

The NCAA currently requires Division I schools to have at least 14 sports (at least six men’s and seven women’s sports) to maintain that status. The Group of 5 conference commissioners have already asked for some relief on those standards as well as other mandates on football attendance, roster sizes and more.

Tulane and UNO were given relief after Hurricane Katrina to keep afloat.  I feel that such measures will have to be given going forward.  Title IX, passed in 1972, may also have to be relaxed or put in quarantine (pardon the pun) for a period of time.

The significant drop in revenue will cause some minor sports to be dropped or turned into club sports. For example, LSU rugby and lacrosse are currently club sports which compete at a high level.  Many schools have numerous club sports.  Club sports do not receive funding from athletic departments.

This month the University of Cincinnati dropped its men’s soccer program.  Old Dominion University dropped wrestling.  More of this is sure to come from athletic departments across the country.

I am not sure if playing college football without fans is a good idea.  I will keep an open mind. However, if schools are not open because of safety health issues, is it safe for a football game to be played?  Also, if fans are not allowed, does that mean large gatherings of people is unsafe? If school campuses are open this fall, is it really necessary to restrict attendance at games that that point?

Playing the football season in the spring of 2021 would cause layers of other issues. It can be done, but the logistical challenges would be immense.

I am hopeful that we will see college football this fall with fans and as close as we can to what we saw last season.  Some people may not attend games due to health concerns, but I think attending games is important for a lot of people.  The revenue is unquestionably important for college sports to remain as we know them to exist.

There has been some encouraging news lately about a return to normalcy, albeit step-by-step.  As we sit here in late April, the clock on college football is ticking.

Please check out my Podcast “Talkin Sports with TK” (available on many platforms).  Feel free to email me:  tommykrysan@gmail.com