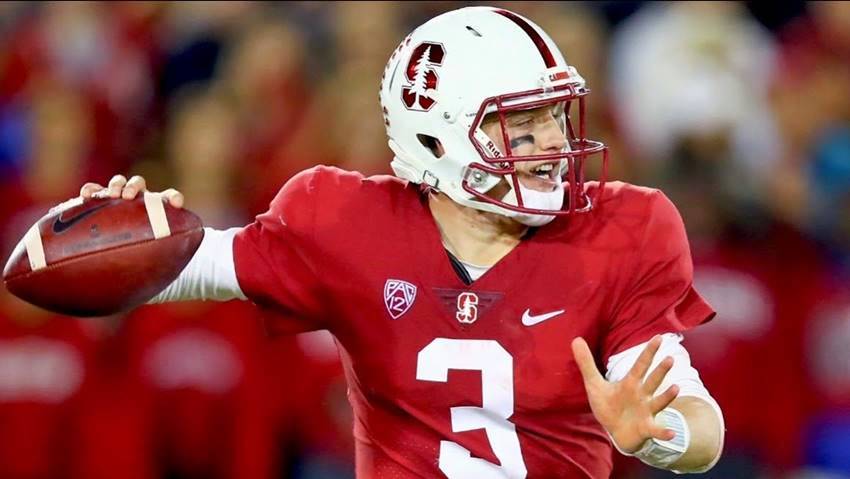 National signing day is just around the corner and college football programs are hoping to fill their final slots with the right fits.

The quickest way to jump start your team may be through college football’s version of NFL free agency, the transfer portal. You do have to kick the tires on some of the prospects like how LSU struck oil with Joe Burrow coming aboard two offseasons ago.

Will Ed Orgeron’s Tigers seek experienced help via transfer again? If they do, here are names to watch:

QB K.J. Costello, a 6-foot-5, 225-pound pro style passer from Stanford, will draw plenty of attention for his one remaining season of eligibility. The Coto de Caza, Calif. native was second team All-PAC 12 in 2018 and also All-Academic in the conference. In ’18, he threw for 3,540 yards with 29 TD’s, completing 65% of his tosses.

This past season, Costello played in only five games after two violent helmet-to-helmet collisions that forced him out of two contests. He accounted for 1,038 yards with six touchdowns and three interceptions this season. Costello processes defense quickly and displays a strong enough arm. He can drop throws in the bucket downfield. He has been been just mobile enough to take advantage of defenses at times.

QB Anthony Brown (6-2, 220) a grad transfer out of Boston College where he was a 3 year starter, threw for 4,738 yards, 40 touchdowns and 20 interceptions. In the six games in which he played in 2019, he threw for 1,250 yards, nine scores and a pair of interceptions. Brown has a live arm able to strike on the deep throws.

Boston College head coach Steve Addazio was fired and replaced by Jeff Hafley. Brown may be convinced to return for his final season.

D’Eriq King (5-11, 195), a likely grad transfer from Houston, is a classic dual threat QB talent. In 2018, he became only the third player in FBS history to throw for 25 scores and run for 13 more. This season in four games, he threw for 663 yards with six touchdowns and two picks. He also ran for 312 yards and six touchdowns.

A few schools including LSU, Oklahoma, Tennessee, Arizona, Mississippi State. Oregon and Arkansas have been mentioned as potential landing spots for King but I am not sure how many of those schools will have both mutual interest and a spot available. He is immediately eligible with one season remaining.

Justin Rogers (6-4, 225) was the third ranked dual threat QB in the nation in the 2018 class out of Bossier City, La. He was a high school teammate of LSU wide receiver Terrace Marshall. Rogers was the second ranked player in Louisiana in that recruiting class behind Marshall.

A serious knee injury during his senior season of high school in 2017 included nerve damage. Rogers has not been quite the same since then, falling short of earning the starting job at TCU.

The Horned Frogs are deep at the position, and Rogers felt it would be best to seek greener pastures. He would have to apply for a waiver to gain immediate eligibility, but he can play until 2022. LSU was a finalist in 2018 along with Arkansas, Missouri, Tennessee, Baylor, Texas and Texas A&M but it’s unclear if any of them are interested in what may be a reclamation project.

Michael Young (5-11, 190), wideout from Notre Dame, was a four-star prospect out of Destrehan. A top 50 receiver in the nation from the 2017 class, Young played sparingly during his three seasons with the Fightin’ Irish in catching just 17 passes for 177 yards and two touchdowns. He will graduate this spring and will have two seasons of eligibility.

Robert Porcher IV (6-1, 272), a defensive tackle from Virginia Tech, has 16 tackles with three for loss and two sacks in a pair of college seasons. His dad Robert Porcher was a three-time Pro Bowler with the Detroit Lions.

The younger Porcher may graduate this spring or summer, giving him an option for immediate transfer with two seasons left to play. He is likely seeking a smaller FBS school to finish his career.

Caylin Newton (6-0, 195) out of Howard University was the Mid Eastern Athletic Conference rookie of the year in 2017. The qaurterback graduates this spring with two season remaining to play. In 2019, he threw for 815 yards, six touchdowns and three interceptions. The previous season, he fired for 2,610 yards, 22 scores and 17 interceptions.

Being from Atlanta, Newton looking at options in the southeast portion of the country. His older brother is former NFL MVP Cam Newton.

For those coaches looking for a bargain on the transfer market, happy hunting!