Coach Wash and the meaning of life 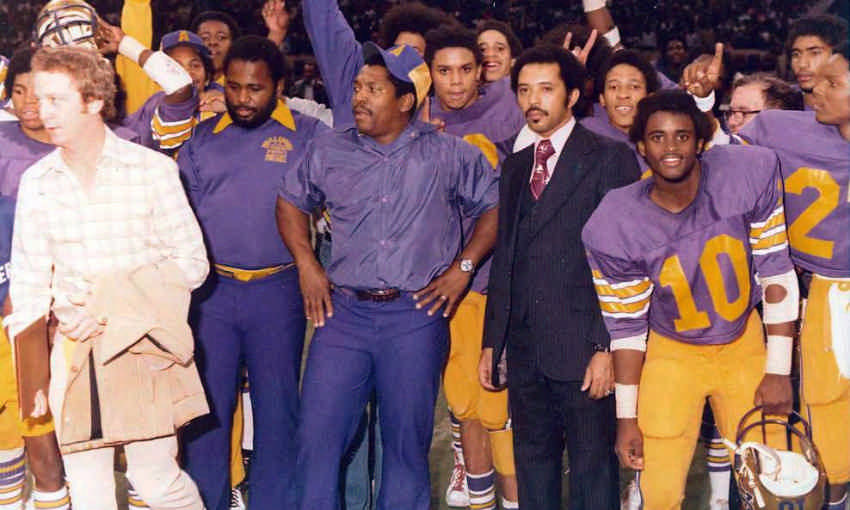 As we age in this experience of living a life, we strive to find our place in this world, to understand what our purpose is.

I knew I wanted to pursue a sports broadcasting and journalism career at a young age. Fortunately, my parents blessed me with that opportunity through a good education.

Along the way, we encounter people who have a true impact on our beings.

Otis Washington was one of those individuals in my life. He was the ultimate coach but he was more the ultimate man.

Washington departed this earth early Friday. He was 80.

I was blessed to be in high school when Coach Washington was making the St. Augustine Purple Knights the best high school program in the state of Louisiana.

After reaching the title game in 1971, falling to Brother Martin, the Purple Knights captured the state championship in 1975 and followed that up with back-to-back titles in 1978 and 1979.

Washington handled himself with class and dignity every step of the way. He was the perfect man at the perfect place in time. He helped usher St. Augustine from the LIALO (Louisiana interscholastic Athletic and Literary Organization), where the Purple Knights were a dominant force, into the murky, choppy, sometimes hostile waters of the LHSAA (Louisiana High School Athletic Association), allowed to finally compete with Caucasian student-athletes.

Washington had been a top assistant to Eddie Flint before succeeding Flint as head coach at St. Aug.

He and his football team had to overcome enormous adversity, often subtle and sometimes blatant racism and undue criticism from those who were either ignorant or jealous.

St. Augustine was scrutinized by everyone at the time. If any member of the Purple Knight team or the coaching staff misbehaved in any fashion, the school would have endured immeasurable wrath. The playing field was anything but level for the Purple Knights and the African-American community, as a whole.

As a young man on the road to find out about the meaning of life and about what constitutes a person of integrity, my encounter with Coach Washington was a blessing. It was beneficial. It was beautiful.

Of course, that was not difficult. 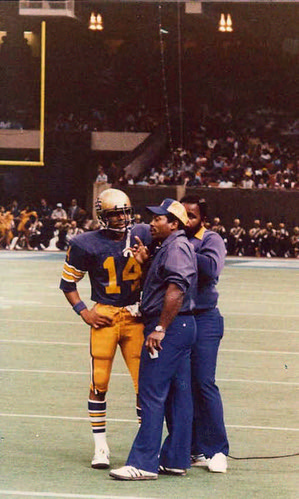 It was hard to imagine anyone not liking Otis.

Then, the Purple Knights reached the title game and would have to take on district rival Jesuit.

While Jesuit had a few notable African-American student-athletes on its team, the matchup was perceived by some to be a battle between black and white.

I never viewed it that way, though I was not oblivious to the obvious makeup of both schools.

When I was in high school at Archbishop Rummel, there were very few African-Americans enrolled. Things have changed dramatically.

While I noticed the color of another, I was genuinely more focused on the person I was dealing with, not where he came from or what he looked like.

Looking back, I believe that was more a by-product of how my wonderful parents raised me, as compared to accepting any credit of my own accord.

Back to the 1978 title game scenario.

I had started in the media industry that year at WQUE-FM and WGSO-AM.

The latter was a prominent news-talk station which had the broadcast rights to the New Orleans Saints, New Orleans Jazz and Tulane University athletics.

I was fortunate to hook up with Bruce Miller and Wayne Mack, who embraced a kid and gave him a chance to get involved in covering sports.

Then, the station opted to do high school football games and Bruce and Pat Matthews got me involved in that aspect of the business. My life and career have never been the same.

I found the professional love of my life.

Before the championship game, I was allowed the opportunity to host a sports talk show on WGSO.

I chose to make it a show about the state title game between St. Augustine and Jesuit.

Coach Washington came to the Canal Street studio with three of his best players.

Coach Billy Murphy of Jesuit came to the studio with three of his top players.

I remember it vividly.

When both sides arrived, it was a bit tense. You could measure it in the air. Even in my youth, I recognized the awkward nature of what I had created.

Then, the show started.

As the time passed, the conversation became civil and downright respectful.

Coach Murphy was and remains a terrific person as well. It takes two to tango.

By the end of the show, the players actually shook hands. Coach Washington and Coach Murphy shook hands warmly and wished each other good luck.

The game turned out to be a game that changed the face of prep football, as we know it.

In my mind, it was the most significant game in the history of prep football in Louisiana, a clash of the titans.

Darren Dixon connected on a pair of touchdown passes to Greg Hobbs of 53 and 30 yards. The second broke a 7-7 tie and proved to be the game-winner. Lon McCloskey raced 76 yards for the only score of the game for the Blue Jays.

I was fortunate to be there that night with WGSO. It was a night to remember.

The following year, I had graduated from college, in the real world. I was fortunate to call the play-by-play on WGSO as the Purple Knights repeated as state champion, defeating New Iberia 16-7 at Cajun Field. My relationship with Coach Washington and St. Augustine High School had deepened. There was a level of trust which exists to this day.

That St. Augustine would welcome this young adult from Metairie into its fold and make my job easy was one of the big moments of my life. It helped forever shape the person I have become.

We are all God’s children, living in this world for just a relatively short time. Positive, fruitful relationships can carry on for a long time, including long after we depart this world.

As Otis Washington departs this world, I can see his image in my mind’s eye. I can hear him joking with me about how our Rummel teams somehow beat his best teams that won state championships. I can remember how classy he was, in victory or defeat.

I can remember when he departed the Big Purple for purple and gold of LSU, becoming the first African-American coach at LSU after 11 years as the head coach and 18 years as a coach at St. Augustine.

I can remember when he left LSU to take over as the head coach at Southern University, where he spent six seasons. I can remember seeing him at Rummel football Christmas parties, invited by his friends Jay and Easten Roth, whom he had coached against. We would reminisce, of course, about the “good old days.”

I can remember when he got his just reward, being inducted into the Louisiana Sports Hall of Fame in 2015.

He won three state championships and took his team to another title game in those 11 seasons.

Truth be told, he easily could have won a fourth state championship, in 1972, when St. Augustine was the best team in Louisiana.

The Purple Knights were unbeaten but were banned from the playoffs after being told one of their players was ineligible. It was a crushing blow. While accurate, would other schools have endured the same treatment? It is an age-old question now and we will never know the answer.

Otis Washington was pure gold. He was a great coach. He was a terrific teacher of young men. He helped educate me about how we are all God’s children, created in his image to serve him and to serve others. That became the clear meaning of life in my existence.

Most of all, Otis was my friend. I am forever grateful to have crossed his path. I hope to see my friend again.