A closer look at Saints first round pick Trevor Penning

The Saints made offensive tackle Trevor Penning the highest drafted player in Northern Iowa history Thursday night when they took him with the 19th overall selection.

But just who is Penning?

A left tackle in college, Penning hails from Clear Lake, Iowa, he prepped at small school Newman Catholic. The 6-foot-7, 325-pound mauler was smaller then. So was his high school graduating class with less than 4o students.

Penning only received two Division I offers, none at the FBS level. Picking between South Dakota and UNI, Penning opted to take the 90-minute trip to Cedar Falls, Iowa.

Initially viewed as undersized, Penning bulked up to his current frame over his first two years including a redshirt season. Noted for his relentless work ethic, he made his way into the starting lineup in 2019 and held that position the rest of his college career.

UNI offensive line coach Ryan Clanton, who also coached Buffalo Bills 2021 third round pick Spencer Brown, noted that Penning has separated himself from other lineman with his “nastiness.”

“I’ve been around a lot of top ten draft picks playing and coaching and he is by far the most physically and mentally geared for the NFL,” Clanton told the Waterloo-Cedar Falls Courier in December. “He’s one of the nastiest linemen I’ve ever seen in my life. I’d put him up with any NFL offensive lineman on the nasty scale.”

With that attitude on full display, Penning absolutely dominated defenders at the FCS level, earning All-American honors this past season. He plays through the whistle and never takes off snaps.

Though his size is what most people notice first, it is Penning’s athleticism that really opened scouts eyes. He ran a 4.89 40-yard dash at the NFL Combine.

Penning, however, is still looking to improve.

“I thought there were definitely some things I needed to work on during the offseason,” Penning said in that December article. “Still to this day I have a ton of work to do. Whether it’s technique, flexibility, weight room, there’s so much I can do and I don’t even think I’m close to what I think I can be.”

Some analysts observed that Penning needs to improve his footwork. His aggression has also led to numrous penalties. Of course, there will be an enormous adjustment to the speed the game at the NFL level.

At the end of the day though, Penning is extremely talented and far from reaching his ceiling. He’s young and physical with the work ethic required to reach his potential. He has the things you can’t coach.

Although it’d be unfair to ask him to be Terron Armstead right away, every college player must adjust to the step up in competition and get the job done. Footwork and avoiding unnecessary flags can be coached. Everything else you want in an offensive lineman that can’t be coached? Penning has it.

After he wa drafted, Penning noted that he has long admired Saints right tackle Ryan Ramczyk. Now, he’ll be learning from him. If Penning lives up to his enormous potential, he should be starting as a Black and Gold bookend on the offensive line very soon. 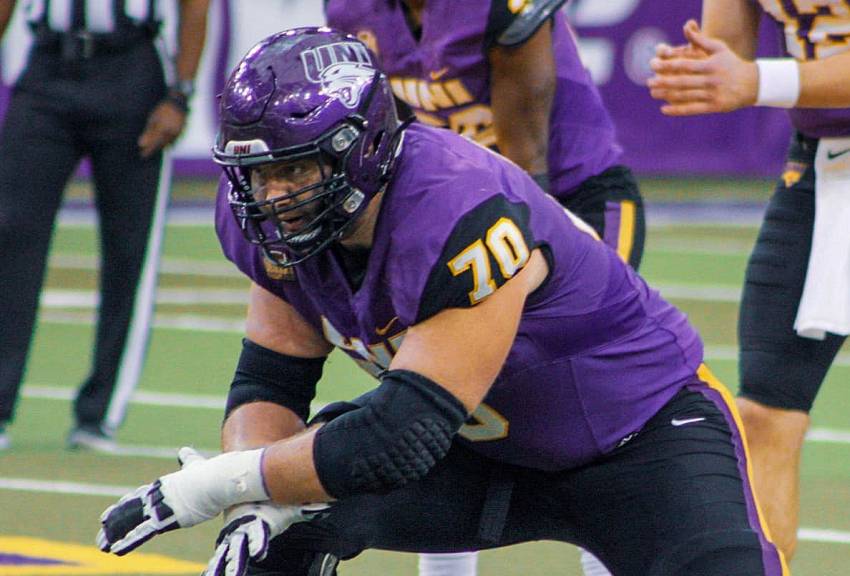 Saints grab right fits for big needs in first round

So much for all the talk about the Saints trading up to get a quarterback.