Christmas double-header symbolic of hopes for Saints and Pelicans 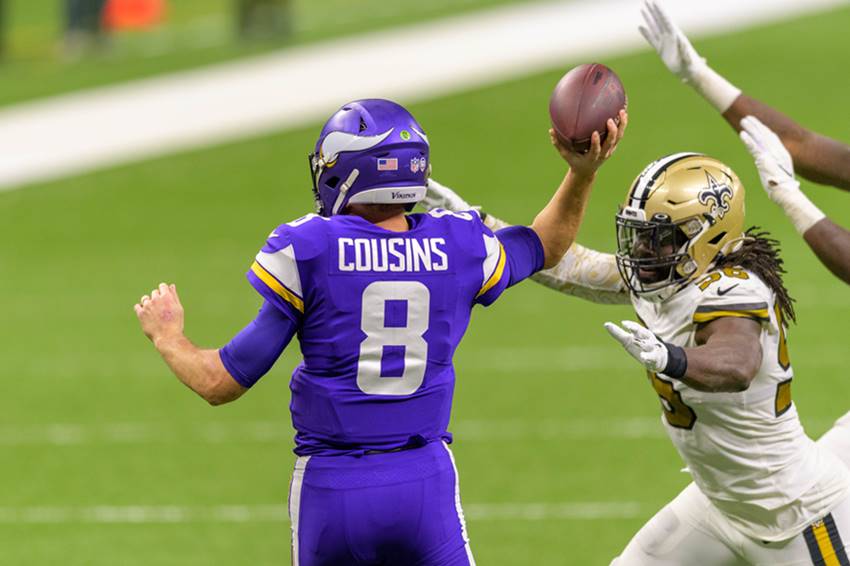 NEW ORLEANS – The professional basketball and football franchises in New Orleans were center stage on Friday.

The NBA Pelicans were showcased in the first game of the Christmas quintuple-header that traditionally restores professional basketball to the national consciousness.

The NFL Saints were front and center in the only professional football game of the day as the football season starts to reach its climax.

The network and league schedule-makers were considerate of New Orleans sports fans determined to squeeze these two games in with the other Christmas festivities.

The 3:30 p.m. kickoff against the Vikings in the Superdome allowed sufficient time for a Christmas dinner and any remaining presents opening between the end of the Pelicans game and the start of the Saints game.

The juxtaposition was symbolic of the ongoing efforts of the mutual ownership of Gayle Benson and her leadership team to pull the Pelicans in line with the Saints.

The Pelicans were chosen for the spotlight because of the presence of second-year forward Zion Williamson and the expectation that they are an ascending franchise that is poised for a series of playoff appearances starting perhaps as early as this season.

The Saints were chosen for the spotlight because of their standing as one of the elite franchises in the NFL since Sean Payton and Drew Brees arrived in 2006.

Around these parts the hope is that the Pelicans are on their way to catching up to the Saints in the not-too-distant future.

The Pelicans’ best days presumably are ahead of them and the hope is that the Saints’ best days aren’t behind them, though we received mixed signals on Friday.

The Pelicans opened the Stan Van Gundy era with an impressive road victory against the Raptors on Wednesday, but struggled in the 111-108 loss to the Heat on Friday.

In the opener the Pelicans moved the ball extremely well, shored up their defense after halftime and watched Brandon Ingram take over in the second half. That enabled them to overcome problems with free-throw shooting and turnovers.

On Friday they had another sub-par defensive effort in the first half and though they improved in spots during the second half, their offense was never consistently effective enough to take advantage as turnovers were again a problem.

Still, the road-trip split was fine as the Pelicans move on to their home opener Sunday against the Spurs.

The Pelicans are just getting started.

The Saints are approaching the climax to their season.

The stakes were much higher for Payton and the Saints than they were for Van Gundy and the Pelicans on Christmas.

The Saints had lost two consecutive games – failing twice to clinch the NFC South title, dropping from the No. 1 seed to the No. 2 seed in the NFC.

Payton himself was coming off two sub-par performances in the losses to the Eagles and the Chiefs.

His offense had started slowly in the both games and he was never able to get the running game to materialize to the degree necessary to win what turned into a pair of three-point losses.

The fact that Brees couldn’t play against the Eagles and then against the Chiefs he saw his first action in the five weeks, playing while not yet fully recovered from 11 fractured ribs and a collapsed lung in his 41-year-old body didn’t help.

Payton’s team had lost consecutive games for the first time since 2017 and it hadn’t lost three straight since 2016.

A victory would clinch the fourth consecutive division title and keep alive the hope of regaining the No. 1 seed.

Payton was ready. He had his team ready.

Brees was sharper and more comfortable than he was a week earlier and added 311 passing yards. The Saints had 583 total yards and 16 first downs.

The Saints (11-4) clinched no worse than the No. 3 seed as they eliminated the Vikings from playoff contention with a 52-33 victory.

Van Gundy is a rookie coach in New Orleans, but he’s a long-time head coach with previous stints with the Heat, the Magic and the Pistons.

He had two preseason games to get this team ready for a 72-game season, utilizing a rebuilt roster on which the 20-year-old Williamson is the longest-tenured Pelican.

The Williamson era is just beginning as is the Van Gundy era.

The Brees era is nearing its end, quite possibly at the end of this season, but the Payton era will continue.

The Saints’ track record and the Pelicans’ promise brought together a distinctive Christmas double-header.

The hope is that the two will merge in the national consciousness for years to come.