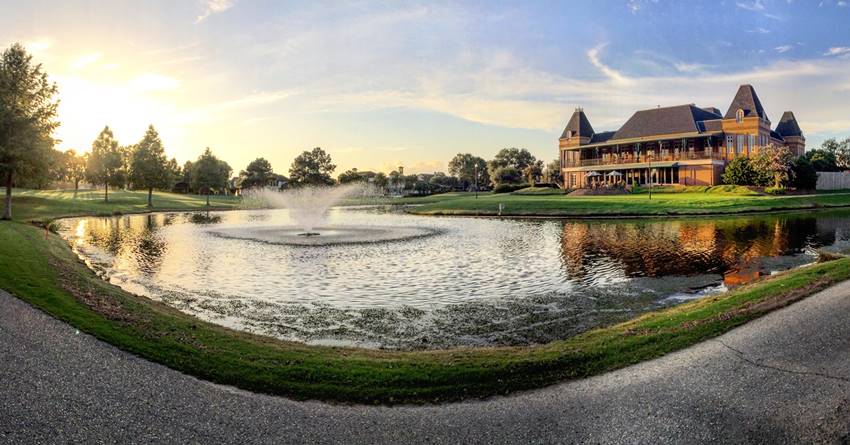 After 31 years of bringing world-class professional golf to the Acadiana area, the PGA Tour informed the Chitimacha Louisiana Open presented by MISTRAS last week that the tournament would not be a part of the Korn Ferry Tour’s 2023 and future schedules.

“We’re devastated,” said Louisiana Open executive director Danny Jones. “We have been partners with the PGA Tour for 31 years and have raised over $5 million for local charities and youth groups, so while we’re saddened by the news, we’re extremely proud of everything we’ve accomplished over the last three decades.”

The Chitimacha Louisiana Open has been part of the PGA Tour’s developmental and “proving-ground” tour since 1992 under several different Tour monikers – the Ben Hogan, Nike, Buy.com, Nationwide, Web.com and the current Korn Ferry Tour. Only four events on the Tour have been around longer than the local event including events in Knoxville, Boise and Springfield, Mo., from the inaugural Tour season in 1990 and the Wichita event in 1991.

The Chitimacha Tribe of Louisiana has been the lead sponsor since the Open’s second year as part of a national tour in 1993.

“We’ve been blessed to have incredible sponsors since 1992,” Jones said. “The Chitimacha Tribe has been with us through strong years and lean years. They may not be the biggest sponsor, but they’re one of the most loyal sponsors across the entire PGA Tour. We would not have lasted 31 years without them.”

Jones said changes in the financial structure of professional golf brought about the decision. The Korn Ferry Tour will continue with a maximum 26-event schedule, with three new events replacing tournaments dropped from the 2022 schedule – along with the Louisiana Open, the Lake Charles Championship and the Live and Work in Maine Open in Falmouth, Maine. Jones said the Louisiana Open budget was about $500,000 short of where the PGA Tour wants its Korn Ferry Tour events.

“The long and short of it, the Korn Ferry Tour has outgrown the Lafayette and Acadiana market,” he said. “We exhausted every option to keep the event here locally, but unfortunately, this decision was made by the PGA Tour for what they feel is best for the future of their tour. While it’s a business decision and one that hurts, we understand it.

“The business of professional golf has changed more in the last six months than it did in the previous 10 years combined. If we’d never had a tour event and the PGA Tour were evaluating markets now, we wouldn’t be anywhere on their radar. We’ve been the little engine that could for a long time.”

The Louisiana Open existed for years as a regional event before becoming a part of the Ben Hogan Tour in 1992, a year in which the total purse was $125,000. Last March’s winner, Carl Yuan, pocketed $135,000 out of a total $750,000 purse, and it had already been announced that the 2023 event and beyond would be contested for a tournament-record $1 million purse.

Jones said that the biggest impact of the cancellation will be on the many local and regional charities that have been beneficiaries of the $5 million-plus raised by the non-profit Open organization.

“The Tour understands the impact of our 31-year history and how important our mission is to give back,” he said. “In staying true to our mission statement — that we are first and foremost a vehicle for local and regional charities to raise fund — we hope to continue to partner with the Tour in some capacity and continue to make a difference in our community.”

To that effect, Jones said the Louisiana Open organization would remain in place going forward, with new events and new fund-raising efforts with the goal to continue helping raise charitable dollars.

“To all our sponsors, volunteers and charities, this isn’t the end of the Chitimacha Louisiana Open,” he said. “We appreciate all their time and efforts that have been given since 1992, and ask them to be patient while we navigate our near future and figure out what that future looks like. When we know what that is, we hope they’re with us.

“I’m proud of what we’ve done for 31 years and the impact we’ve made. We’ve been through a lot of adversity with the downturn in oil, hurricanes and a pandemic, but we live in a special place and this doesn’t change that.”