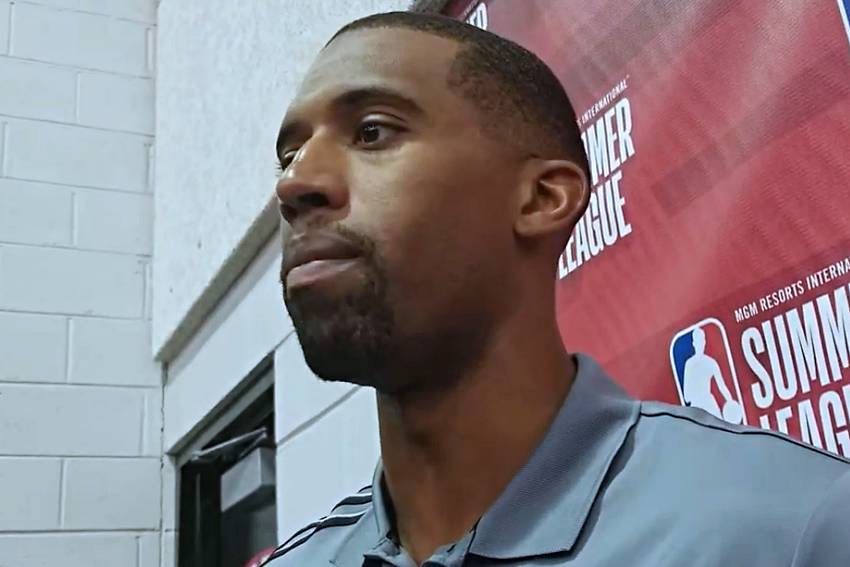 The search to find the next head coach of the New Orleans Pelicans continues. Names have been added and subtracted as other NBA head coaching vacancies have been filled. It seems an almost certainty that the next Pelicans coach will be on the sidelines during the NBA Finals.

As many names have been tossed around, the one that keeps coming up is Charles Lee, the 36-year old currently serving as an assistant coach with the Milwaukee Bucks. If you peel back a layer or two from his CV, you’ll discover an impressive and rare combination of credentials.

Considered a candidate a year ago before the Pelicans hired Stan Van Gundy, there was a chance Lee would already be in New Orleans now. In fact, Van Gundy really wanted Lee on his coaching staff. Lee was also viewed as a possible replacement by the Indiana Pacers when Nate McMillan was let go last summer.

Lee followed head coach Mike Budenholzer from the Atlanta Hawks to Milwaukee. In his three seasons as a Bucks assistant, Lee has been instrumental in the development of Milwaukee stars Giannis Antetokounmpo and Khris Middleton. He could parlay that success into helping develop Zion Williamson and Brandon Ingram expand their skills.

It appears Lee understands what it takes for a player to reach the next level. It is not a cookie-cutter process. Each individual has unique skills and different buttons that need to be pushed. Certain things motivate an individual while not working with others. A good coach recognizes what those things are to fit each player. Those who don’t do so fail in the modern NBA.

Lee’s duties have included opponent scouting and player development. He understands strategy. For an NBA head coach to experience success, he must have knowledge of the game to be sure but communication skills are vital. He is meticulous in preparation but also good with people.

Even as a professional player, Lee worked hard and exceeded expectations. He spent time in the NBA Summer League playing for the San Antonio Spurs in ’06 before moving on to play in Belgium, Germany and Israel. The Bucknell alum then sharpened his mind for two years on Wall Street.

As a 6-foot-3 guard at Bucknell, Lee was once called “one of college basketball’s best non scholarship players” by the New York Times. He was captain of the Bison and named Patriot League Player of the Year in 2006.

In 2005, he led 14th seeded Bucknell to a stunning 64-63 upset of No. 3 seed Kansas during March Madness, scoring 15 points and grabbing eight rebounds.

If Lee lands the job with the Pels, he would be younger than five active NBA players including JJ Redick, Carmelo Anthony and Andre Iguodala. In fact, he is only 49 days older than LeBron James.

Lawrence Franks was 34 when he was hired to lead the New Jersey Nets in 2004. Stu Jackson just 33 when he took over the Knicks in 1989. By the way, Dave DeBusschere was a mere 24 years old when he was named player/coach of the Detroit Pistons in 1964.

Observers recognize that Charles Lee has made significant strides during his climb as an NBA assistant. He seems to check all the boxes for someone ready to be a first-time head coach. Lee has paid his dues, working hard and working well with stars. Someone with his unique mix of talents may be able to solve the puzzle that leads to winning regularly in New Orleans.