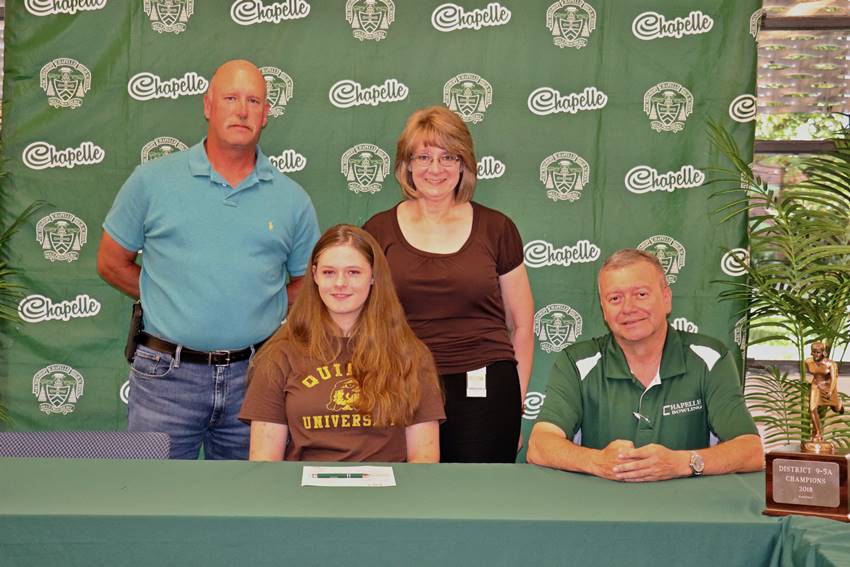 Ladd was voted the New Orleans girls district most valuable player each of the last two seasons as the Chipmunks went 12-0 in the regular season, earning the No. 1 power ranking in the state both times. The 2020 bowling season ended before the playoffs because of COVID-19.

Bowling primarily from the No. 6 spot in the lineup, the left-hander averaged 199 as a senior, the third-highest average among girls in the state, and 195 as a junior, fourth-highest in Louisiana.

Quincy, a private school located about two hours northwest of St. Louis along the Missouri-Illinois border, is launching its women’s bowling program in 2020-21. Nicholas Bohanon was hired as the program’s first head coach in October.