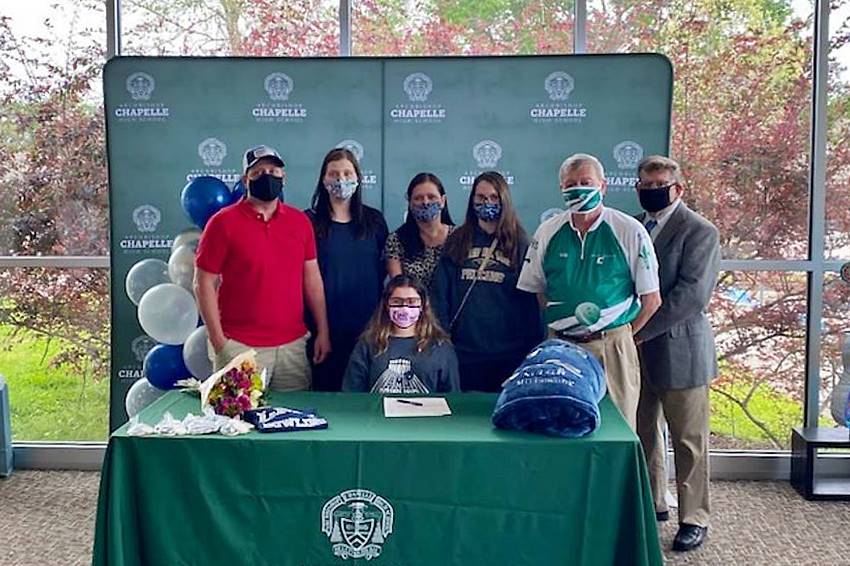 For Sarah Rubi of Archbishop Chapelle, it has been a long time coming.

Lincoln Memorial is a bowling force, currently ranked No. 15 in the most recent National Tenpin Coaches Association poll. The Railsplitters reached the NCAA Championship in 2018.

The school will become a member of Conference Carolinas for the 2021-22 season.

Rubi will major in computer science at Lincoln Memorial.

“I chose Lincoln not just because of bowling but because of academics, which was crucial in my campaign for a school because I had to pick a school that had computer science and that had a good bowling program that fit what I wanted to do. They really know how to take a bowler and get them to where they need to be.”

At Chapelle, Rubi is currently averaging 205, which would be the highest-ever average for a girls bowler in New Orleans prep bowling history. This year, she is second in the state only to Jayden Hauck of Hammond, who finished the regular season with a state record 213.5 average.

“This is a great opportunity for me because I’ve always wanted to bowl in college and I knew in eighth grade that I had to put in a lot of work, a lot of effort and that actually led to a state championship and I’m very proud of that,” Rubi said.

The Chipmunks are a power, posting a terrific 36-1 record over the last three seasons.

Chapelle was the No. 1 seed in the state in 2019 and was the top seed last season before the COVID-19 pandemic interrupted the season and there were no playoffs.

This season, Chapelle is 11-0 and currently second in the state power rankings.

The Chipmunks conclude their regular season Monday against Cabrini at AMF All Star Lanes.

The LHSAA girls playoff brackets will be announced on April 5.

“Currently, we are ranked No. 2,” Rubi said. “That can all change. We have one more match coming up. This team puts in a lot of great effort and a lot of work and a lot of skill goes into it. We are constantly working to get better through practice every week. I don’t see anything that can stop us but ourselves.”