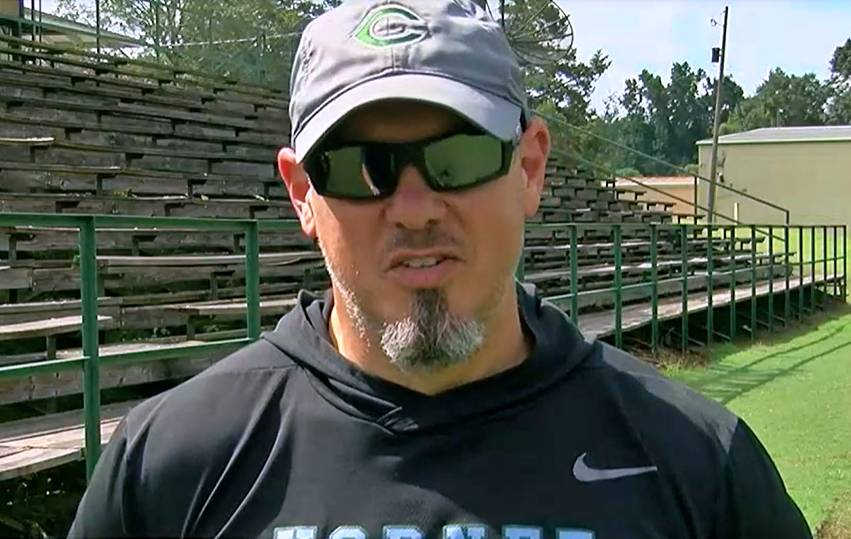 Vinnie Bullara is very seasoned in Class 1A football, particularly District 6-1A.

Bullara previously served as head coach at Westminster Christian Academy from 2014-17. Bullara went to Catholic Pointe Coupee in 2018 as offensive coordinator and associate head coach under David Simoneaux. Bullara took over as head coach of the Hornets in 2021, leasing his team to a 6-5 record, including a playoff appearance.

Catholic has a state championship on its resume, which came back in 1978.

To get to that level again, you need experience and talent.

Catholic has both heading into the 2022 season.

The Hornets return 15 starters, including eight on offense.

That starts with junior quarterback Hayden Elliott (5-11, 185), who returns to lead the team.

The running back position is deep and talented with three starters returning, including seniors Landon Frey (5-10, 175) and junior Connor Kimball (5-10, 170). Senior Connor Achee (5-11, 185) is a college prospect who will line up at running back and at wide receiver. Senior fullback Adam Beatty (5-8, 170) is a new starter while the other wide receiver is senior Andrew Beatty (5-8, 165).

The offensive line is experienced and strong with four returning starters.

The defense is experienced as well with seven starters back.

Up front, Jewell returns at nose guard as a standout two-way performer as is Morrison at defensive end. Hurdle will man the other end spot.

The secondary returns a trio of starters in junior cornerback Connor Kimball (5-10, 170), along with Elliott and Achee at safety. Joining them will be sophomore corner Brooks Capps (6-0, 165).

The kicker is senior Matthew Breaud (5-9, 165) while Kimball will handle punting duties and will be a return man, along with Frey.

The schedule opens at home Sept. 2 against Bunkie, followed by a road trip to West St. Mary. After hosting Independence, the Hornets go to Wilkinson County, Mississippi. The final non-district game is at home against White Castle.

District 6-1A play opens at Sacred Heart on Oct. 7 before a home date with Opelousas Catholic. Road games at St. Edmund and North Central are next before the regular season concludes at home against Westminster Christian on Nov. 4.

With as many as eight two-way starters, the key will be staying healthy and developing some depth for the Hornets.

If they can do so, there is good reason to believe that Catholic will make a run at a district championship and can make a run in the 1A playoffs in 2022.