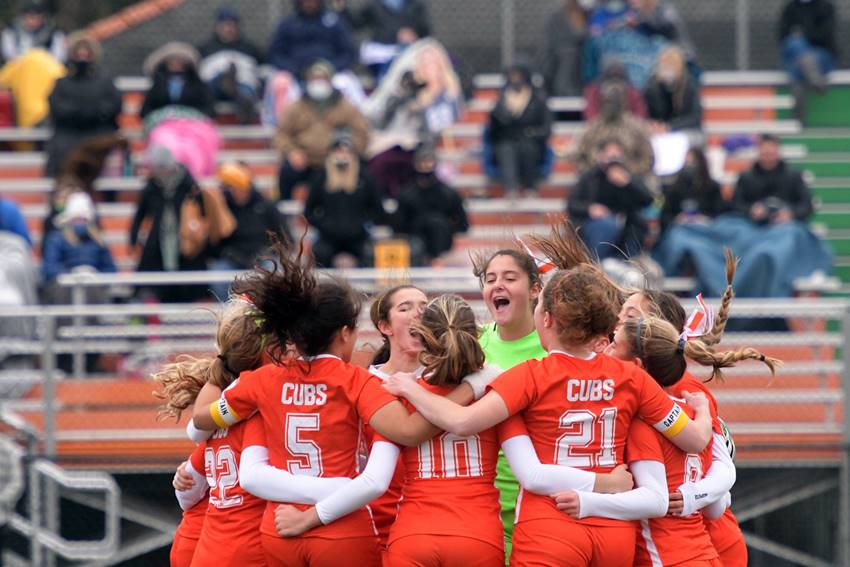 When you start attending St. Paul’s, it’s only natural that you circle the date of the LHSAA Division I state soccer finals on your calendar and not make plans on that day.

For 11 consecutive years, the Wolves have been there. This year, their opponent was the same as last year’s. The difference this time was that Catholic High of Baton Rouge was the top seed and St. Paul’s was the No. 6 seed.

And the outcome was different as well.

Catholic scored a pair of overtime goals to take a 2-0 win in the final game of the soccer postseason Saturday night at Strawberry Stadium in Hammond.

The Bears and coach Jonathan Brunet avenged title game losses to the Wolves from 2017 and 2020.

In the first overtime period, senior Alex Leonard scored off of a corner kick from Ben Stuart. Leonard headed the ball down at the back post into the ground and up into the top of the net.

Late in the second overtime, Kamren Rome iced the game for the Bears by following up on his deflected shot for the icing on the cake.

The game started amid an electric atmosphere. There was a huge crowd for both sides, and both teams were fueled with adrenaline.

The first half saw not too many chances but tons of challenges. Every ball was contested. The referee let the boys play. As the game went on, the physicality increased.

In the whole of regular time, Catholic (17-2) had the best chance sending a ball that ricocheted off of the top post but bounced out instead of in the goal. No one really had an advantage. The play was so intense that it was rare to see many passes put together in a row.

After the final whistle, the Wolves handled the moment with immense class knowing that after all of the adversity they endured this year, they did finish winners.

“This season proved how great a coach Sean Moser really is. There are good coaches everywhere but he is one that can get it done,” said Aidan Ordoyne of St. Paul’s (24-4) about the man who has built a dynasty in Covington resulting in 11 state title game appearances for the Wolves.

We witnessed four teams Saturday that, when it was all said and done, left are champions indeed.

In the Division I girls final, it was another Battle of New Orleans.

The soccer community has always wondered what a Dominican-Mount Carmel state final would look like and the end result did not disappoint.

The crowd was so large that they had to separate the two fan bases on opposite sides. Both teams came into the stadium focused on understanding how big this game was.

In the third of four girls championship games to go to overtime, No. 2 seed Mount Carmel edged No. 1 Dominican, 1-0, on Jane Schneider’s goal.

Game MVP Chloe Burst set up the goal on the left wing with a pass perfectly squared across the goal to Schneider to slot it past Dominican goalie Olivia Icamina.

The second OT period saw Dominican (22-1-1)  pressing as hard as possible for the equalizer which led to three free kicks. All came close but missed their targets.

This game, however, had two winners. Dominican senior Layton Perkins stated, “No matter where they (players coming into the program) are at, they are going to leave Dominican 10 times better and that’s because of Coach Al (Silvas).”

As the interviews ended, Silvas teared up. That accomplishment was even greater than winning a state championship.

The first half ended scoreless but not because of a lack of action. These were just two teams that knew everything about each other. Both goalies, critical pieces in games of this magnitude, were spot on and did not make any mistakes.

After all of their combined hustle, both squads were able to muster dangerous attacks at the end of the second half. First, Burst was able to get the ball across the box, forcing Icamina to follow it as it found the foot of Catie Maheu. The resulting shot due to the positioning of Icamina was pushed wide.

Ten minutes later, Burst again exploited Dominican’s wing but Icamina was up to the task again, deflecting one shot and then collecting the kick afterwards.

In stoppage time, Dominican’s Jasmine Ferrier had a great chance from the right side but just missed.

In the end, the Catholic League squads put on a show worthy of a final. Both girls finalists came in as winners and both left with trophies. More importantly, they left as winners.