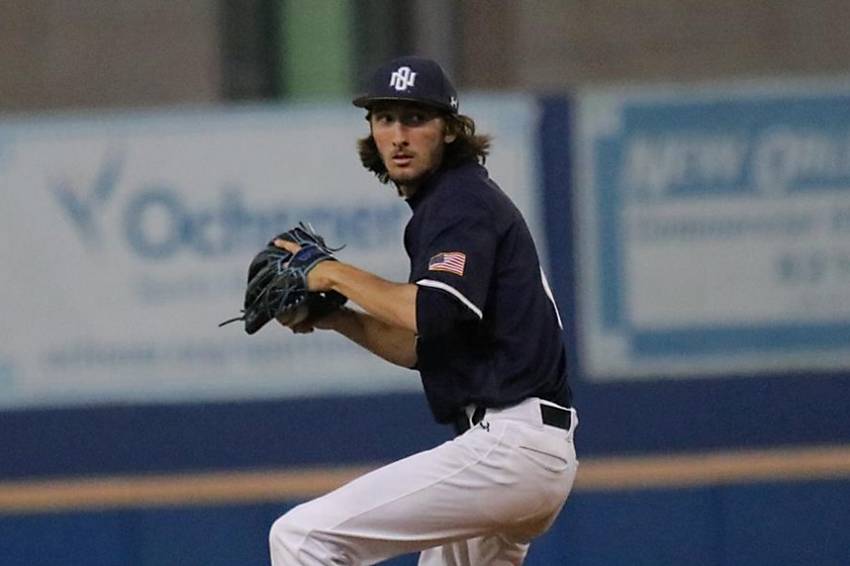 Seroski has been electric for the New Orleans Privateers out of the bullpen this season. He has seven saves and four wins in 15 appearances with a 2.93 ERA. Seroski has limited hitters to a .221 batting average.

Against Southland hitters, Seroski has been even more dominant. He sports a 1.93 ERA, a .202 opponent batting average and has 27 strikeouts to just five walks in 23.2 innings.

His totals on the season are 35 strikeouts to seven walks in 30.2 total innings pitched.

Seroski was instrumental in helping the Privateers secure the Pontchartrain Bowl against Southeastern. He picked up two saves including the series opener where he preserved a 9-8 win by inducing a game ending double play. In the second game on Saturday, Seroski got out of a bases loaded jam with the tying run at the plate. He then pitched the last two innings to pick up the save.

A transfer from LSU-Eunice, Seroski is the second Privateer since 2019 to earn a spot on the Stopper of the Year Midseason Watch List, joining Reeves Martin.

Heading into the weekend, Seroski co-leads the Southland in saves along with Jack Dallas (Lamar) and Joe Taylor (Nicholls).

The Privateers will take on McNeese in Lake Charles this weekend. First pitch for the series opener is at 6 p.m.