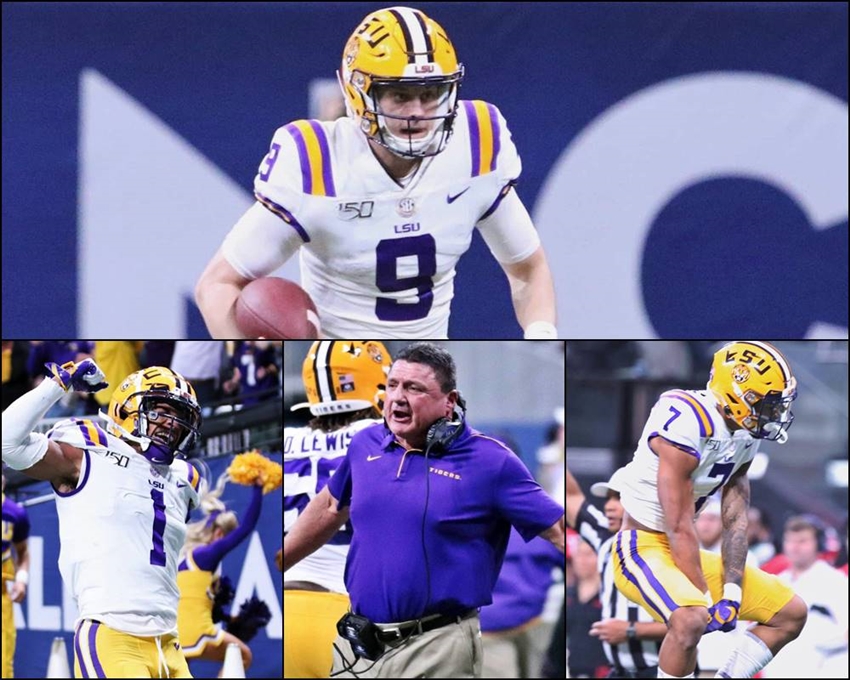 Grant Delpit is the winner of the Jim Thorpe Award! #GeauxTigers pic.twitter.com/GiC7qGkvmo

The Best Receiver in the Country

Ja’Marr Chase is the winner of the 2019 Biletnikoff Award! pic.twitter.com/EYAeJIOB4G

The Best QB in the Country

The Best Player in America

Early on Thursday, Burrow became the first LSU Tiger to be named the AP National Player of the Year (awarded since 1998) and Orgeron was named Home Depot National Coach of the Year.

Ed Orgeron is the Home Depot College Coach of the Year! #GeauxTigers pic.twitter.com/DCGoqBSz1S