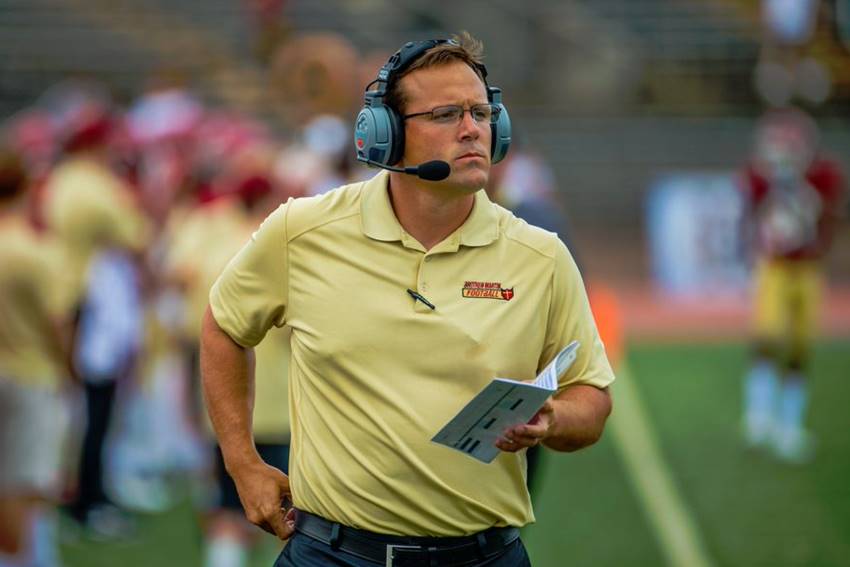 Mark Bonis of Brother Martin has been named the CrescentCitySports.com, NASH ICON 106.1 FM and Friday Night Football Prep Coach of the Year for 2020 in the metro New Orleans area.

Brother Martin earned the top seed in the Division I state playoffs and defeated Catholic League rival Jesuit for a second time before falling to eventual state champion Catholic of Baton Rouge in the state semifinals.

The Crusaders averaged 40.8 points per game.

In his 12th season, Bonis has compiled an 87-45 record, leading his Crusaders three times.

“I am humbled to have received this award with all of the other great coaches who have received it. I’m honored. The most important thing for me is that this happened mainly because of our players, what they do week in and week out. We had to overcome a lot of adversity. It is an award that says a lot about our program and our staff. I wish we could be hoisting the team trophy but this award is a true indication of the hard work of our players and a great staff around me. That is who I’m truly happy for. It shows with hard work what can be accomplished. I am truly blessed.”