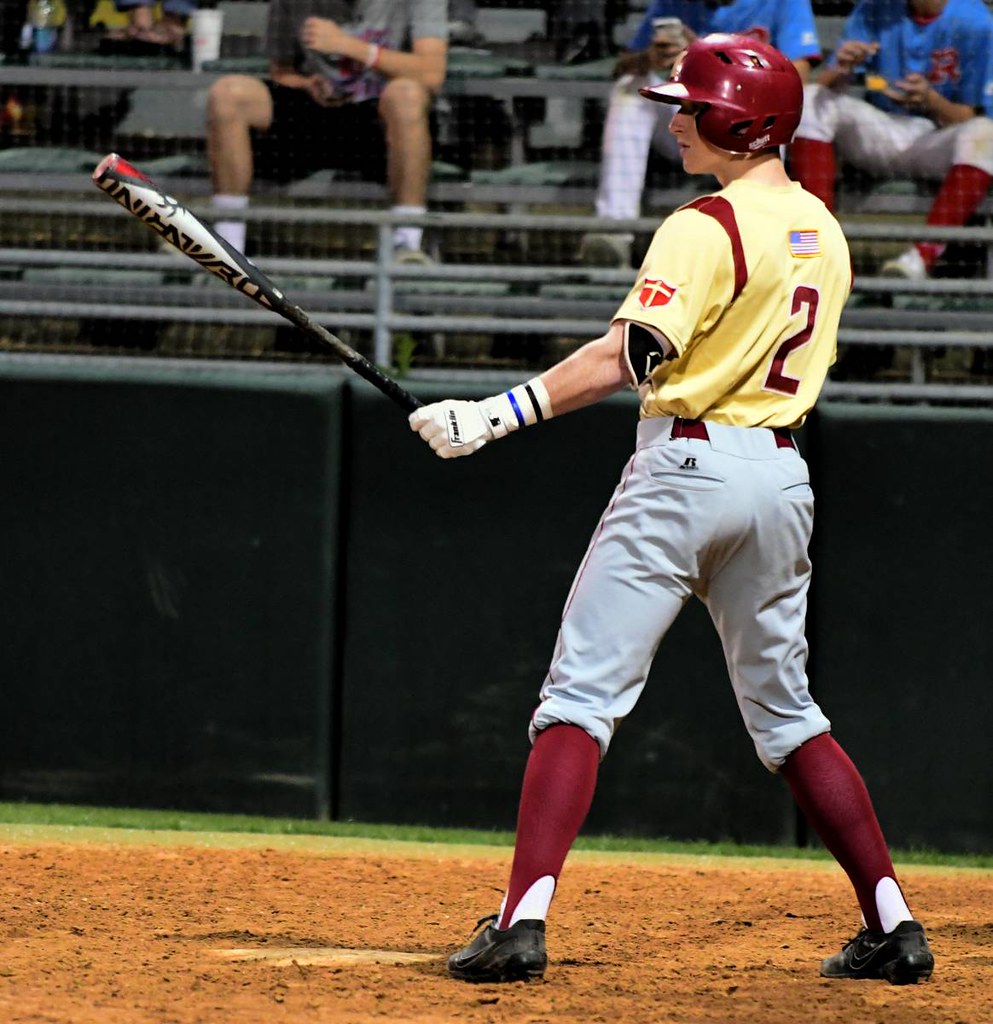 NEW ORLEANS – At the end of a very strange night, the team with the errors overcame adversity as Brother Martin rallied past St. Charles Catholic 10-9 in a non-district contest Saturday night at Kirsch-Rooney Stadium in a game heard on WGSO 990 AM.

It was a very unusual game which included 14 walks, eight wild pitches, four balks by four different pitchers, seven hit batters, eight wild pitches and five errors by one team. It was also not would you would expect from two good teams. One hitter was struck four times by pitches. Perhaps the fact that it rained for the first three innings contributed to the uneven performance.

Junior Zachary Repath drew a bases loaded walk off or reliever Nick Roberts to score Patrick Kennair with two outs in the bottom of the seventh inning to end the game.

“I just wanted to make him come in the zone,” Repath said. “I was just trying to get a pitch that I could hit hard somewhere that would get through and try to score the runner. It was difficult coming back from a tough loss to John Curtis Friday night. I thought we all played as a team. I thought we played good here, too! We came out here and got the job done.”

The Crusaders broke on top in the bottom of the first as St. Charles Catholic starter Peyton Broussard struggled with his command. He hit Joe Delaney and Tre’ Morgan with pitches and walked Repath to load the bases. Brendan Brown singled home Delaney to make it 1-0. Brennan Stuprich then walked, scoring Repath to make it 2-0. Cole Stromboe ripped a two-run double to left, scoring Morgan and Brown and it was 4-0.

The Comets responded in the top of the second on singles by Nick Lorio and Jordan Jensen before wild pitch scored Lorio to make it 4-1. Courtesy runner Bryce Authement then scored on an error to make it 4-2. Brady Bonura then balked home Kaile Levatino, who had reached on the error, to make it 4-3. Roberts followed with a ringing double to left, scoring Loupe to tie the game 4-4.

Brother Martin (13-13) recaptured the lead in the bottom of the second as Faust singled to center and Joe Delaney was hit by a pitch. After a double play moved Faust to third, he scored on a wild pitch to make it 5-4.

St. Charles Catholic tied it in the top of the third on a double by Lorio, catcher’s interference allowing Jensen to reach and an RBI single by Joe Chiarella to tie it 5-5.

The Crusaders got the run back to take the lead in the bottom of the third as Stuprich walked, advanced on a wild pitch and moved to third on a balk. Stromboe drove him home with a groundout to second to make it 6-5.

St. Charles Catholic took the lead in the top of the fifth, chasing Bonura. Jensen singled and scored on a wild pitch, a second run scored on an error and Lloyd Nash singled home the third run of the inning to give the Comets an 8-6 lead.

Brother Martin bounced back in the bottom of the sixth inning, staging the winning rally against Levatino. Patrick Kennair drew a leadoff walk and Delaney singled. Repath singled home Kennair to make it 8-7 before Morgan gave the Crusaders a 9-8 lead with a booming triple to deep center field, scoring Delaney and Repath to make it 9-8.

The Comets tied it in the top of the seventh on a double by Loupe, a single by Roberts and a double play grounder by Nash, scoring Loupe to make it 9-9.

Roberts took over for the Comets in the bottom of the seventh but did not have command. He walked Jake Dickinson before Kennair grounded into a fielder’s choice and stole second. He advanced to third on a wild pitch. Faust walked and Delaney was hit by a pitch for the fourth time in the game, setting the stage for Repath.

“It’s strange,” Brother Martin head coach Jeff Lupo said. “I don’t know how he gets hit so much (11 times on the season). He’s a kid that does not stand on top of the plate. He’s one of the smallest guys we’ve got and yet that ball seems to find him. He’s a table-setter for us, he makes a lot of good things happen for us. We’re real glad to have him with us.”

Lupo knew it would not be easy beating the Comets.

Lupo was pleased that his team found a way to overcome adversity.

“We made enough mistakes to last a lifetime but we found a way to persevere and come out on top,” he said. “Tre’ had a big hit to put us on top in the bottom of the sixth. Jake Cohen came in and wasn’t as sharp as we’d like him to do but fought and got out of a couple of big stops and we were fortunate to come out on top.”

Lorio was 3-for-4 with a double and two runs scored while Loupe and Jensen each had two hits to pace a 13-hit attack for St. Charles Catholic (19-7).

“I think the weather early on, kind of the way the game started had something to do with the way the game was played,” St. Charles Catholic’s Stein said. “Both teams had some of their top arms available but we walked 10 guys and hit five. We haven’t done that all year. Of those 15 guys, seven scored. At the end of the day, you can’t win, you can’t beat good baseball teams by doing that.”

The Comets rallied four times – in the second, third, fifth and seventh innings – to either tie the game or take the lead.

“I was real proud of my team,” Stein said. “The conditions, going down 4-0, battling back, taking the lead. There was a lot of good that came from this sloppy game.”

St. Charles Catholic opens a key District 10-3A series against De La Salle Tuesday at 4 p.m. in LaPlace. The Crusaders open a two-game series at John Ryan Stadium against Jesuit next Friday at 7 p.m. before meeting the Blue Jays the following night at 7 at Kirsch-Rooney in a game that you can listen to on WGSO 990 AM and at WGSO.com.