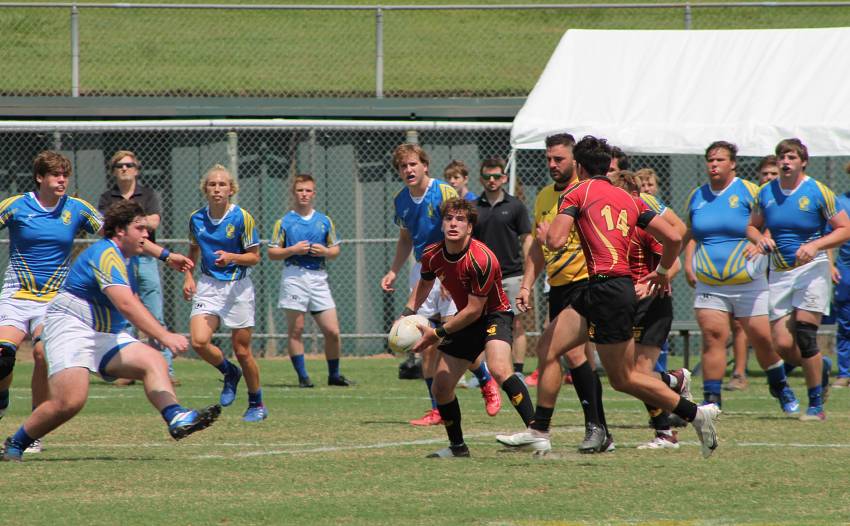 Brother Martin and St Paul kicked off the title match following an exciting 22-14 come from behind victory by NOLA Gold against the Toronto Arrows at the Gold Mine.

St Paul’s answered when John Rink’s kick from within the Brother Martin 22 went dead and the Wolves were awarded a scrum from the point of the kick.

The Wolves kept the ball in tight and punched it up the middle til Shawn Williams found pay-dirt. The conversion was good and the score was tied at seven.

Brother Martin struck next as senior fullback, Kyle Gleason, knifed through the St Paul’s defense for a try. The tough conversion by senior flyhalf, Ben Corvers, failed and Brother Martin held a 12-7 lead.

Junior loose forward, Andre Cook, took the ensuing kickoff and broke free. He was tackled by the St Paul’s fullback but the tackle was deemed high and Brother Martin took the penalty and drove to the St Paul’s try line where a ruck penalty infraction cost the Crusaders an opportunity for a third try.

St Paul’s opened the second half on fire.

The Wolves converted on field position at the start of the half, again using their big men as ram rods, picking and going and running tight punches until Ian Lyons scored. The conversion failed and the was score tied at 12-12.

St Paul’s scored next at 50 minutes with pick and drives with their big men and Ben Dufour earning the try. This time the conversion was good and the Wolves led 19-12.

The lead was short-lived as Schmidt found the try line after a culmination of pick and drives. Rink converted the try to tie the score at 19-19.

As time wound down the score remained tied until Schmidt took an inside crash ball and found a gap. He raced 55 meters and beat the St Paul’s fullback sliding into the try zone to complete his hat trick. Rink converted and Brother Martin had a 26-19 lead.

Shortly before the end of the game junior wing, Tyler Anclade found space on the right and sprinted for a long break. The St Paul’s fullback came over for a nice tackle but junior loose forward, Andrew Lindstrom was in support.

Anclade off-loaded and Lindstrom took the ball on the burst and scored. Rink again converted for a 33-19 lead.

The Crusaders took the kickoff and ran successive punches until the clock ran down. Rink then did the honors of putting the ball out of touch to end the game and give Brother Martin its first state championship in rugby since 2002. 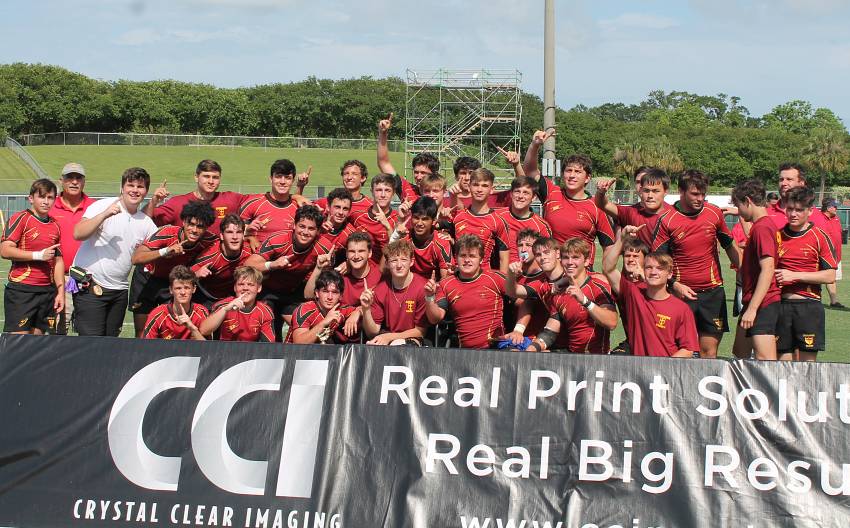 Schmidt was named Man of the Match for Brother Martin.