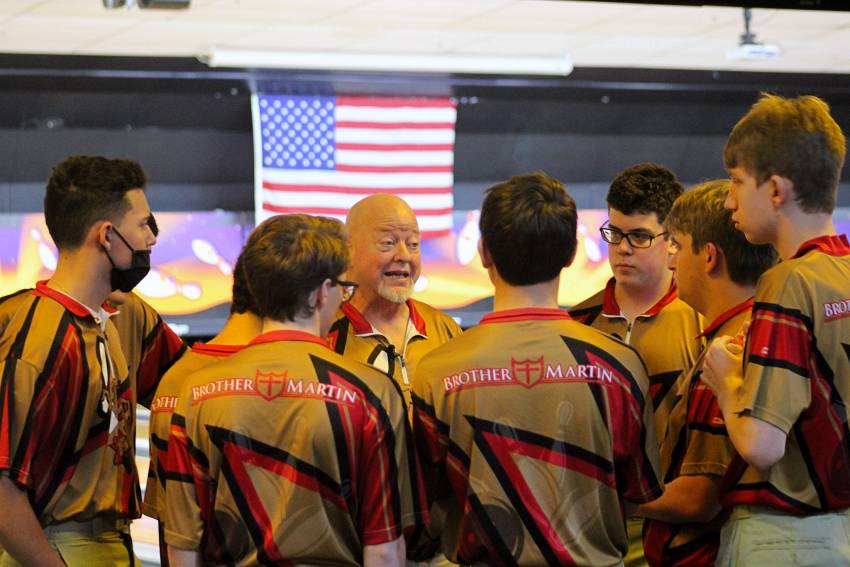 NEW ORLEANS – The Brother Martin bowling team, which won its fourth consecutive state championship, has been selected as the Allstate Sugar Bowl’s Greater New Orleans Boys’ Prep Team of the Year. The Greater New Orleans Sports Awards Committee, sponsored by the Allstate Sugar Bowl, selects annual award winners in a variety of categories; it also selects Amateur Athletes of the Month and each year’s Hall of Fame class.

Overall, 26 individuals and four teams will be honored for their 2021-22 achievements at the Greater New Orleans Sports Hall of Fame Awards Banquet on July 30. Honorees are currently being announced over a month-long period, wrapping up with the Corbett Awards for the top male and female amateur athletes in the state on July 25 and 26.

Brother Martin extended its record for bowling state championships to six when it captured a fourth consecutive state title on March 31 with a thrilling 17-10 victory over Catholic High in Baton Rouge to complete a perfect 17-0 season. The Crusaders trailed by 150 pins in the final game of the championship match before a furious rally produced a pair of individual wins by one pin and a two-pin edge for the match (3,806-3,804).

“I got up in the seventh or eighth frame and told the guys I don’t know how we are going to do it but we need four points,” coach Bruce Himbert said. “You guys are good enough to do it. Jacob Vangilder was special today. I talked to him before the match and for some reason I thought he was going to be there and he was. He had to strike out.”

Vangilder was the match MVP after rolling eight consecutive strikes to close his match. Dylan McDonald led the Crusaders with a 225.5 average for the season. He was one of five bowlers to average better than 200.

The other finalists for Greater New Orleans Boys’ Team of the Year were Archbishop Hannan Basketball, George Washington Carver Basketball and St. Charles Catholic Football. Hannan (27-8) earned its first boys’ state championship with a memorable performance in the LHSAA Division II Championship game as the third-seeded Hawks connected on 81.8 percent of their shots (27-of-33) as in an 81-60 dismantling of top-seeded Liberty, 81-60. After suffering a one-point loss in the LHSAA Class 4A championship game in 2021, Carver left no doubt this year – the top-seeded Rams posted playoff wins by scores of 74-56, 71-42 and 84-35 to reach the state title game where they dominated No. 3 McMain, 66-31. After Hurricane Ida devastated its community in late August, the St. Charles Catholic football program and school family regrouped, galvanized their resolve and rallied around each other – the Comets were perfect through the regular season, then advanced to the Division III state championship game where they upset four-time defending state champion Lafayette Christian, 32-27.

The Allstate Sugar Bowl will continue announcing its annual awards tomorrow (Thursday) as the Greater New Orleans Girls’ Prep Team of the Year will be released at 10 a.m. (finalists will be announced at 11:30 a.m. today on Twitter (@SugarBowlNola).