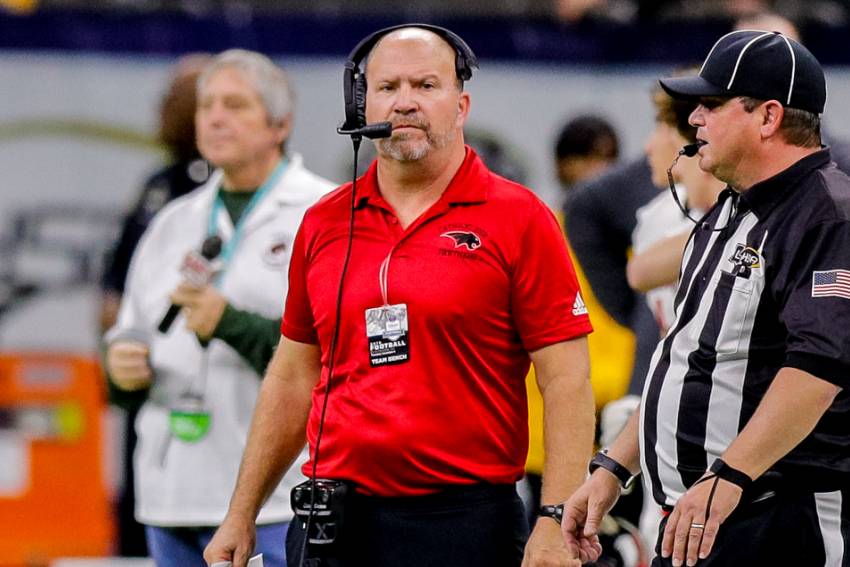 Lakeshore High School is turning to a highly successful and experienced coach to replace Craig Jones.

In what was a poorly kept secret for over a week, Brent Indest was officially announced Wednesday as the new head coach of the Titans.

After two years out of coaching, Indest accepted the West St. Mary job in February but never coached a game there.

Previously, Indest was at his alma mater, Catholic of New Iberia for seven seasons, posting an impressive 72-13 record and won a state championship in Division III in 2017.

Indest replaces Craig Jones, who led Lakeshore to a state championship game appearance in 2017 in Class 4A and served nine years as the head coach of the Titans. Jones was 71-35 with nine straight playoff appearances at Lakeshore.

“Mandeville was in the back of our minds because of business things we have going on,” Indest said. “I am part of a business which is expanding out this way. I knew Lakeshore was looking for a new head coach. It just kind of clicked that we should look into this. It’s amazing how quickly the ball rolled from there. At every turn, I ran into another reason to take this seriously. Everything is here to be successful from the facilities, the kids, the student body and an unbelievable administration.”

“I think it’s a golden opportunity to work with great people and to be really successful,” Indest said. “The situation is not broken. We have been 11-11 here the past two years but were very successful previously and there is young talent returning. We are very excited about it but there is a lot to do but very little time to do it.”