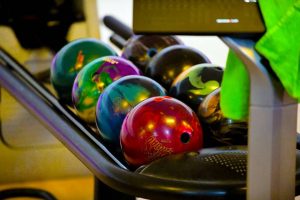 The Tigers and Eagles were tied 8-8 after two games, with Patrick Taylor holding a 61-pin edge in total pins. Preston Jones’ 257 game from the anchor position led Patrick Taylor in game three, helping the Tigers claim four of six individual matches and hold on to the total pins edge, which proved to be the difference in the match.

Jones finished with a 662 series and claimed three points, while Sam Imseis rolled a 555 for the winners. Andrew Hill, bowling in the No. 2 slot for Shaw, had a 237 final game to close out a 618 series, while Garrett Alello turned in a 569 series that included a 200 opening game.

Brother Martin 27, Crescent City Christian 0: At AMF All Star Lanes in Kenner, the Crusaders fired a 3,454 team series in blanking the Pioneers.

Top returnee Drew Gardner had games of 229 and 257 to pace Brother Martin, which won its 48th consecutive match over the last four seasons.

Jesuit 27, Kenner Discovery 0: Also at AMF, The Blue Jays had a 3,469 team series in opening their season with a shutout of the Swamp Owls.

Gary Sims averaged 209 for two games for the winners, while Collin Pearce fired a 245 final game.