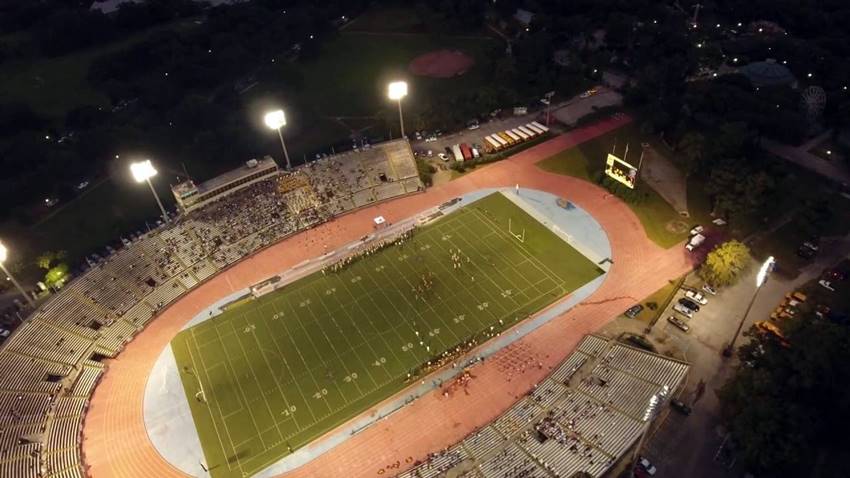 What appears to be a local landmark football game is set for Thursday night at Tad Gormley Stadium.

When Booker T. Washington takes on Landry, there will be an all African-American officiating crew of seven on hand from the Greater New Orleans Officials Association to handle the game.

While it may or may not be the first time that an all African-American crew will work a game in the Greater New Orleans area, it is most certainly a rarity, according to Donnie Russell, who will referee the game.

“To me, it is very important,” Russell said. “When I was in high school growing up at St. Augustine, we didn’t see many guys that looked like us. Now that I’m in the association and we’re all together, it gives them something to shoot for. I never thought that I wanted to be a football official because I didn’t see many of them. I got into refereeing football after coaching baseball but I love doing it now.”

There are a number of current officials in the association with local ties.

“We have a bunch of guys from St. Aug officiating now and all working together,” Russell said. “Guys are actually trying to work their way up toward the NFL. Some guys on our crew work in college. We can be a recruiting tool for others. We could have guys emulating us. You have to believe that you can advance to the next level.”

Brenton Landrum is the president of the Greater New Orleans Football Officials Association and Eddie Allemore is the Regional Coordinator of Officials.

“Eddie Allemore and Brenton Landrum was gracious and allowed this to take place,” Russell said. “We thought it would be a great idea,” Russell said. “I think Eddie and Brenton sees this is a way to recruit more guys into the association. It is not a black or white thing. We have to get our numbers up in the Greater New Orleans Officials Association. This is a great start.”

While the game will have significance, Russell will treat it like any other game.

“We simply want to call the game with fairness and integrity, as we approach every assignment,” Russell said. “Of course, we want to get all the calls right.”