Trahan: Bob Mitchell, a fine man who shaped my career, passes away 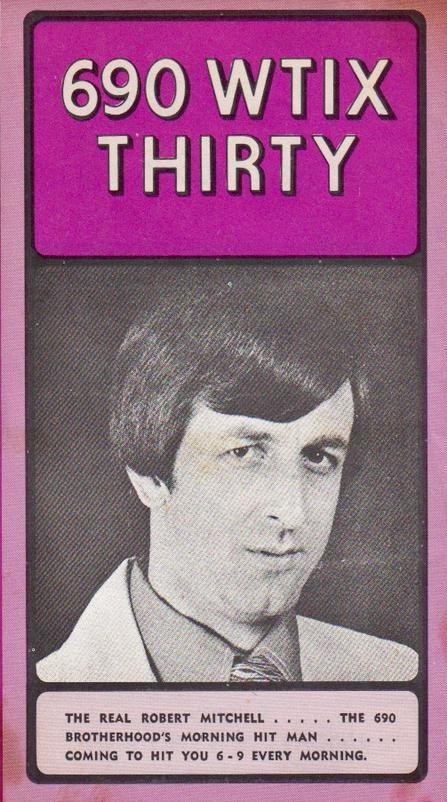 It is a phrase I have used on many occasions to talk about the difference between teams and individuals who are pretty good as opposed to those who are the best, who become champions.

Fostering a career in my hometown, I have been beyond blessed, extremely lucky to pursue what I loved and to enjoy a career performing to the best of my ability.

That career was fostered due to loving parents who worked hard to provide a good educational foundation at Archbishop Rummel and Loyola University.

At Loyola, I was very fortunate to gain a position radio at WQUE and WGSO thanks to Pat Matthews.

Then, Bruce Miller helped me learn and advance in sports, calling games and providing advice while Wayne Mack gave me a chance to cover New Orleans Saints, New Orleans Jazz and college games, getting and editing interviews.

Later, Johnny Andrews was a mentor, a wonderful man and provided me with a wonderful opportunity at WWL, along with Bob Christopher. I will always be grateful for that opportunity.

David Smith reached out to me as well and I did part-time work for WWIW as well in the late 1980’s, working with another wonderful gentleman in Bob Middleton.

In recent years, Pat Galloway has given me a voice and provided great support at Cumulus New Orleans through NASH ICON 106.1 FM.

The first big opportunity I received in the media business was when, at the start of 1980, I received a call from Bob Mitchell.

Bob had heard my work on WQUE and WGSO and, apparently, liked what he heard.

At that time, WTIX owned the market, dominating ratings.

I was just out of college.

It was humbling to become an instant personality and to realize the power and outreach of the station. It was a lot for a young, immature man to soak in and accept.

That Bob and general manager Bill Engel, a kind, professional man whom I had immense respect for would give this greenhorn a chance to earn real green left me red in the face. I was stunned. I was elated. I was emotional, near tears.

Being part of Bob’s “two cup of coffee” mornings or doing “the 7:30 stretch” on WTIX was an amazing experience.

Working alongside Larry Hamilton, Kathy Fischman, Katy Caraway, Don Kelly and company in the morning was truly special. Traffic Debbie and Bonnie were very nice as well in that genre on the morning and afternoon shows.

Working with “Pal Al” Nassar and my friend Blair “On The Air” Kullman was great.

Rubbing elbows with the legendary “Oldie King,” Bob Walker and “Skinny” Tommy Cheney, was awesome. Kim Stevens was a pro and friend as well. We got Rene Nadeau started there, too!

Bob Mitchell understood the marketplace better than anyone I’ve ever known.

He programmed a legendary station and format.

He was a great announcer and a great program director.

He was ahead of his time incorporating regular sports, traffic, news and features with the Top 40 music blended in. It was an all encompassing approach and format and was met with enthusiasm and support from virtually all of the population. Others would follow suit.

It was my good fortune to know and work with Bob.

When Storz Broadcasting sold WTIX in 1984, it was the beginning of the end of a dynasty.

Soon after the sale, Bob departed to work for Ed Muniz at WLTS, “Lite 105.” He would be incredibly successful there as well, creating another top-ranked morning show.

After the sale of WTIX, I had been at training camp with the New Orleans Saints in Vero Beach, doing regular live reports for the station.

Upon returning, the new ownership informed me that they were going in a different direction with the station and format and that sports would not be part of that direction.

Having achieved celebrity status, it was a shock.

My first reaction was to be mad.

A month later, I was working with Bob again, primarily on WYAT, the AM station Muniz owned, but contributing a bit to WLTS.

I stayed there until 1989, when, ironically, WTIX called on me again to come back on a full-time basis on what had become a business format with sports.

Nearly a decade of my professional life was spent with Bob Mitchell. Everything that followed was a direct result of his confidence in me, his trust that I could provide a contribution to his outstanding product.

Bob would go on to do some work at WWL for years, on and off, and worked at Kool 95.

He should have been allowed to run an operation again. 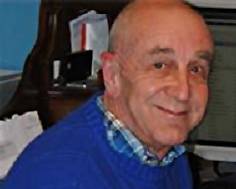 There was no one better.

While at WTIX, Bob asked me if I could take on the task of helping form a softball team and to coach the team while helping schedule games.

We advertised the team and the calls came in at an alarming pace.

We ended up playing all over the place, against all kinds of opponents, both poor and full of ringers.

Of course, I added a few ringers to our team to make us a bit better.

I had the task of making out the lineup for every game.

If you knew Bob, he was a very slightly built, small man.

To say that there was not an athletic bone in his body would not be too far from the truth.

Bob fancied himself as a pitcher.

Since I recruited some ringers to make us pretty good, being the smart, youthful employee, I gave Bob the ball and let him pitch. My parents did not raise an ignorant child.

Bob was beyond serious about that assignment.

Many a time, he would tell me after games that he was really “on” that day.

I did not have the nerve to tell him otherwise.

Upon joining Bob at WLTS and WYAT, he asked me to form a softball team there as well.

I did so and we marched on and Bob kept throwing those tender, beach-ball tosses to hungry hitters.

He was approaching 80 years of age.

To his wife, Clair, Julie, Lon, Robbie, Meredith and the entire family, whom I got to know, may the Lord provide comfort and strength to you. I am heartbroken as well.

Lonnie Matherne was a McDonogh graduate who worked hard, got an opportunity and took full advantage of it. He maximized his ability.

When it comes time to call the roll of the greatest radio personalities and executives in New Orleans history, it will not take long to arrive at the name of Bob Mitchell. In fact, the conversation should, most likely, start with him.

I will always think about him and what he meant to this lucky lad who happened to be taken under his wing. He was that champion.

While Lonnie was his real name, everyone will always know him as “The Real” Robert Mitchell.

In trying to capture his person, his character, his soul, perhaps the best word I could use to do so is easy to arrive at.