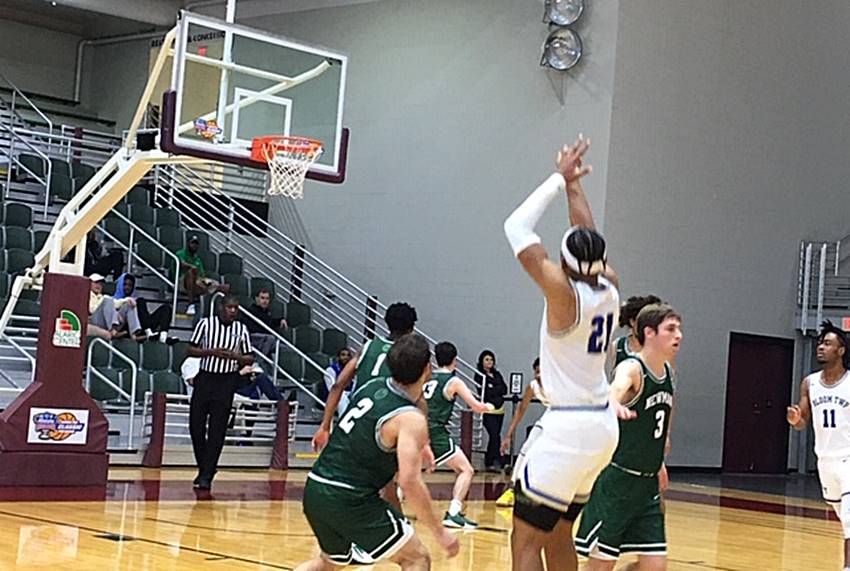 As one of the clear favorites in the tournament, Bloom Township High (IL) showed its vast ability but had to fend off a determined Newman squad 70-61 in the opening round of the 10th annual Allstate Sugar Bowl National Prep Classic boys’ National bracket at the Alario Center Thursday afternoon.

The Trojans (13-2) made five 3-pointers in the first quarter to take a 17-14 lead. Bloom opened the game up with a decisive 15-0 run in the second quarter to take a commanding 39-24 lead at halftime. Christian Shumate had eight points, four rebounds and two blocks in the quarter for the Trojans.

The Greenies competed hard, fighting back to within 63-56 on a 3-pointer by Arch Manning with under three minutes left but Bloom went on a 6-0 run to close the game out.

The Trojans were very good from the free throw line, converting 16-of-19 attempts. The taller Trojans dominated on the boards, out-rebounding Newman 32-18.

Chris Lockett scorched the nets with six 3-pointers for the Greenies and led all scorers with 24 points and added six rebounds. Javon Ruffin had 14 points and four rebounds and Reagan Lapeyre scored 10 points and pulled down four rebounds for Newman (10-6).

With the win, Bloom Township advances to play the winner of Math, Civics and Sciences (PA) and Walker High of Baton Rouge Friday at 3:30 p.m. while Newman will play in the consolation round against the loser of that contest.