Blame game out in full force with Brees, Nielsen developments 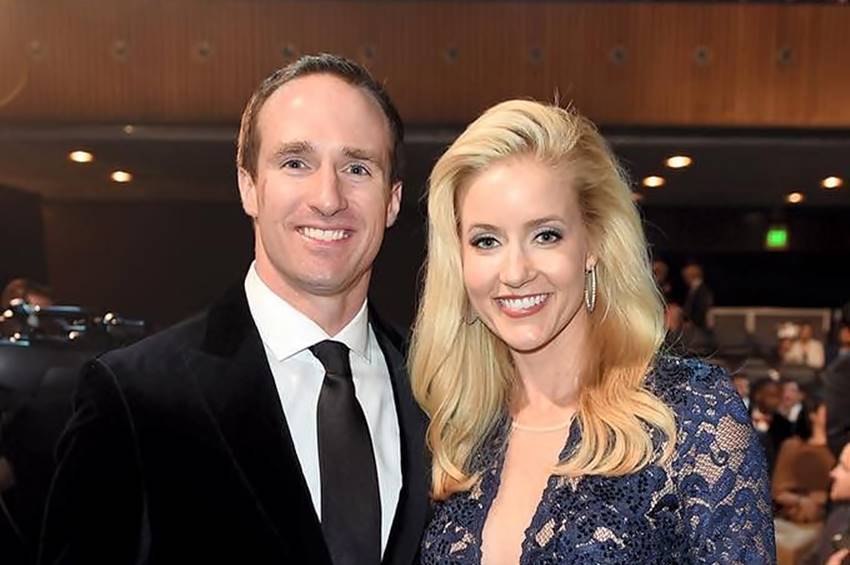 Beauty is in the eye of the beholder.

So is the view of negativity.

So Brittany Brees did what the New Orleans Saints will never do in revealing intimate details about her husband’s vast injuries which he endured and played with in what was likely his final season in the NFL.

Sean Payton would not address the specifics in his conference call with media Thursday but did praise the toughness of Brees for playing hurt and the stability and ability of Brees to answer the bell with regularity over a two decade career.

The reaction to the injury revelation has triggered one of several descriptions.

On the other hand, call it predictable.

Freedom of speech is valued, treasured, welcome, a wonderful dynamic of our American society.

In the midst of that expression comes various points of view, valuable in the discussion of all issues to understand all aspects and angles of a situation.

Speaking of “s” words, the word selfish has been brought up, even attached to Brees and to Payton in recent days.

The application to Brees surrounds his desire to play in the Division playoff game loss to Tampa Bay, in which he and his offensive teammates performed poorly.

The trend of thought is that Brees forced his way into the lineup, persuading his coach to play him when he was not capable of playing well.

Somehow, that trend of thought was not prevalent in victories over Minnesota, Carolina and Chicago.

Critics say that those teams were not very good, therefore, the level of play of Brees was somehow not important.

With all due respect to all points of view which I champion listening to and processing, this is a hard position to process and understand.

It used to be or has always been a credit to any player to want to play through injury.

In fact, many questioned players who did not play this season, at one point or another, for not playing hurt.

Now, we question and even criticize a player for playing hurt.

In understanding the issue, understand one thing.

A player does not coach a team, unless, of course, you are talking about some perceived NBA situations.

That is certainly not the case in the NFL.

That is certainly not the case with Payton, who has as strong of a hold on his squad as any coach in the league.

Payton, along with his coaches and medical staff clearly determined that Brees was well enough to play against Tampa Bay.

Payton, along with those involved, clearly determined that Brees was the best option available at quarterback to try to win.

Obviously, that can be debated for those who are in the corner of Taysom Hill or Jameis Winston and that is rational and understandable.

We have now learned that Michael Thomas, who some questioned about not playing with an ankle injury during the season, needs surgery on two fronts for his clearly serious injuries.

Anyone want to second guess Thomas not playing now?

Thomas did not catch a pass against Tampa Bay.

Was it selfish for Thomas to play against the Bucs?

Once again, that logic escapes my finite being and tests the limits of my brain.

I admire Brees and Thomas for wanting to compete.

In fact, it is the tremendous desire to win, the enormous competitive nature of the duo which has made them special, at the top of their positions in the league over an extended period of time.

Would you prefer to have players of that ilk or those who are cautious across the board in considering playing with every nick they may incur over the course of a season?

Fans are sore because the New Orleans Saints fell short in the postseason for a fourth straight season, the last three ending with home losses.

That is understandable, particularly in a season that was proclaimed “Super Bowl or bust” by the organization.

Had the Saints won and the injury revelation became known after the fact, my guess is that the duo would be praised as tough, resilient heroes for displaying their determination to fight through adversity to emerge victorious.

Meanwhile, I have scratched my head, even marveled at some of the commentary and criticism being levied at Payton and the Saints regarding the Ryan Nielsen fiasco.

The Saints kept their man while LSU must come up with a better plan.

The fiasco description appears to fit, at least from the perspective of the Tigers.

Yes, Nielsen coached with Ed Orgeron previously and obviously has a good relationship with his former boss at Ole Miss.

Perhaps the “has” should now be changed to “had.”

Is it possible to have a truly good relationship now after what has transpired?

Orgeron was virtually certain that he was getting his man.

While he did not mention Nielsen by name, he assured journalists that he knew who his man was and that it was all about timing.

In other words, just wait until the season ends for the New Orleans Saints.

Orgeron still doesn’t have his man.

Is that Orgeron’s fault or Payton’s fault?

Is there a clause in Nielsen’s contract about not being allowed to leave for a college job?

Barring that being revealed publicly by the parties involved, we will likely never know.

Is that truly the issue?

As I see it, the two sides were working through language and contract details to reach a substantive agreement financially and in terms of years for Nielsen.

Then, he was losing Aaron Glenn.

There was at least the possibility of losing Dennis Allen and there are some murmurs about potential NFL opportunities for Joe Lombardi.

The NFL is big business.

The job of any coach and organization is, obviously, to try to win by surrounding yourself with the best people possible, including front office personnel, coaches and players.

Payton obviously values Nielsen and understands that he was incurring substantial losses to his staff. On Thursday, Payton said he believes Nielsen will be in a head coach in the NFL in the near future.

Payton obviously remembers another young coach leaving for an opportunity at LSU in Joe Brady.

That worked out very well for Brady and LSU. Brady was an integral part of a national championship offense and he is now on the fast track toward becoming an NFL head coach now.

Perhaps that entered into the thinking this time around.

Is there something inherently wrong with trying to retain an asset, to make your team the best it could be?

That is what Payton and Orgeron were attempting to do.

Perhaps there was a lack of proper communication between the two sides.

Does anyone honestly believe that Payton’s maneuver to offer Nielsen more money and a promotion was to damage Orgeron and LSU?

If that theory were true, it would not say much about the character and commitment to win on the part of the Saints.

Of course, I dismiss that thought process completely.

Of course, many would love to see more LSU players on the New Orleans Saints squad.

That is a common criticism of the New Orleans Saints.

Orgeron has tapped into the Saints’ staff, which he was part of for one season (2008), on more than one occasion.

In 2017, Orgeron hired Greg McMahon, who had been with the Saints and Payton for 11 seasons before being let go.

If you want to assign blame to Payton and the Saints as an LSU fan, have at it.

If you want to assign blame to Orgeron for not getting his man, have at it.

It is easy to play the blame game.

The facts are these.

Brees would not have been on the field unless he were cleared by the medical staff, deemed well enough to play.

Brees would not have been on the field if his head coach did not believe he was well enough to play.

Brees would not have been on the field if he was not the best option in the mind of his head coach.

Brees was not forced to play and he did not force his way into the lineup, which he has no control over.

Nielsen had an excellent offer to go to LSU.

Nielsen then got an excellent offer with a raise and promotion with the Saints.

Nielsen was not forced to make his decision. It was one he made of his own accord, whether there was a contract clause or not.

If there was, Nielsen knew about it and Orgeron should have.

Here is wishing both organizations nothing but the best and wishing that both parties could have gotten their way but that is not the way things work in the real world.

In the meantime, if you want to play the blame game, have at it. Respectfully, I will take a pass on it while appreciating the fine work of Brees, Nielsen, Payton and Orgeron.