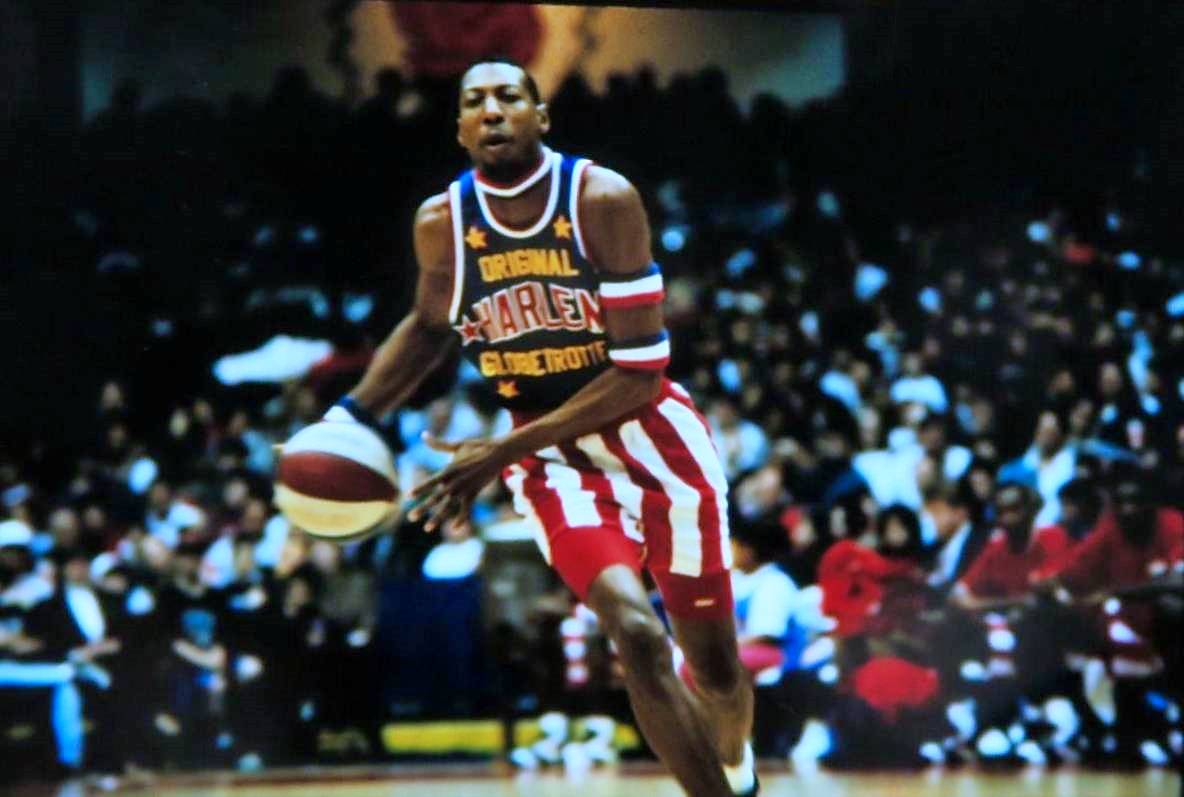 Dillard Star Went on to Longtime Career with Harlem Globetrotters

NEW ORLEANS – Billy Ray Hobley, a basketball star for Dillard University who went onto a legendary career with the Harlem Globetrotters, has been selected for induction into the Allstate Sugar Bowl’s Greater New Orleans Sports Hall of Fame Class of 2022.

One of the top collegiate basketball players in New Orleans history, Billy Ray Hobley established himself as a world-wide star during a long and storied career with the Harlem Globetrotters.

Hobley first established himself on the basketball court as a star at James A. Shanks High School in Quincy, Fla., outside Tallahassee. Also an exceptional student, he drew the attention of many colleges, opting for Dillard University in New Orleans. Over 99 career games with the Bleu Devils, the 6-8 forward averaged nearly 15 points per game, scoring a total of nearly 1,500 points. In 1975, he scored 612 points, an average of 22.6 points per game over 27 games.

More than his statistics, he was known for spectacular slam dunks, dribbling wizardry and a vivacious personality.

Those showman skills developed at Dillard led to an offer to join the world-famous Harlem Globetrotters in 1977 following his graduation with a degree in health and physical education.

“When [the Globetrotters] recruit a player, he’s got to be more than just a basketball player,” Hobley said in a 1997 interview. “He’s got to be an outstanding basketball player. Plus, you’ve got to have a pleasing, audience personality. If you’re a happy guy, enjoy people, and can get along with people, that’s a Globetrotter. A Globetrotter is a person that is born with natural personality, with a giving heart, with exceptional athleticism. We take that and cultivate it into our system.”

He would spend 22 seasons traveling the world with the Globetrotters – it was said that he traveled around the world the equivalent of six times during his career. His longevity, coupled with his skills and personality earned him the nickname “Supertrotter.”

“Billy Ray could light up any room in the world, and he always had a story to tell you,” said Globetrotters Legend Sweet Lou Dunbar, who also came to the Trotters as a rookie in 1977 and was a teammate of Hobley’s for over 20 years. “The nickname ‘Supertrotter’ fit him perfectly.”

Hobley saw the world with the Globetrotters, playing in locations like the Soviet Union, South Africa and Saudi Arabia. His team averaged 250 shows per year, visiting over 120 countries. In 1996, Hobley participated in a special ceremony with Nelson Mandela, in Pretoria, South Africa, at which Mandela was made an honorary Globetrotter.

“We went to South Africa not only to be part of basketball development, but also cultural development,” Hobley said. “We went over there to bring hope and inspiration to not only the children but also the adults. It was such a great success that we were invited back this summer. So that’s how powerful what we do is. You know what President Mandela told me when I met him? As a President he shook all of our hands and I told him, ‘What you’re doing is so magnificent. God Bless You.’ He told me, ‘What you guys do for the world, I can never measure up to.’ Now, that’s a compliment, isn’t it?”

Throughout all of his travels, he remained loyal to his hometown as well as New Orleans, taking part in community activities on a regular basis.

In March of 1989, his hometown of Quincy recognized Hobley at a special event at the Gadsden County Courthouse. “Wherever I go, whenever anybody asks me where I’m from, I’m proud to say I’m from Quincy,” he said. In 1992, he returned to his hometown and established an annual sports academy, featuring basketball clinics and mentoring speeches.

“We are role models,” Hobley continued in the 1997 interview. “When you come to a Globetrotters game, the parents know that they’re going to see a lot of exceptional basketball players. They know they’re going to see sportsmanship and they know their kids are going to be watching a group of guys who are gonna be out there smiling and having a great time. That’s what sports is supposed to be all about. It’s entertainment. It’s supposed to be joy and fun. To be honest with you, we are the only basketball team that’s still upholding those values. That’s why we are known as Ambassadors of Goodwill.”

After his retirement from the Globetrotters in 1998, he returned to Dillard, serving as an assistant coach and then the interim head coach. In 2000, he was named head coach of the Blue Devils, where he directed the team to a 22-11 record and the Gulf Coast Athletic Conference championship.

In 2001, he left Dillard University to spend time with his family and work on his charity organization, the Billy Ray Hobley ASK Foundation, which focused on programs for children. His warm heart and passion to motivate children caught the attention of local filmmaker Steve Scaffidi, who produced an inspirational film on Hobley’s contributions to the community.

Hobley, who passed away from a heart attack while playing tennis on July 31, 2002, at the age of 48, became the 29th person in the Globetrotters’ storied 95-year history to receive the “Legends” distinction when he was honored posthumously during a Globetrotter appearance in New Orleans on February 13, 2011. Created in 1993, the “Legends” award is presented to those who have made a contribution outside of basketball and played a role in the development of the Globetrotters brand.

The Dillard legend will continue to add to his New Orleans legacy when he is inducted into the Greater New Orleans Sports Hall of Fame in July.

Hobley is one of six standout local sports figures who will be added to the Hall of Fame this year. Each year’s Hall of Fame class is selected by the Greater New Orleans Sports Awards Committee, a group of current and former media members who annually recognize a variety of annual award-winners, as well as the Hall of Fame, the Corbett Awards and the Eddie Robinson Award. The group also selects the Greater New Orleans Amateur Athlete of the Month each month.