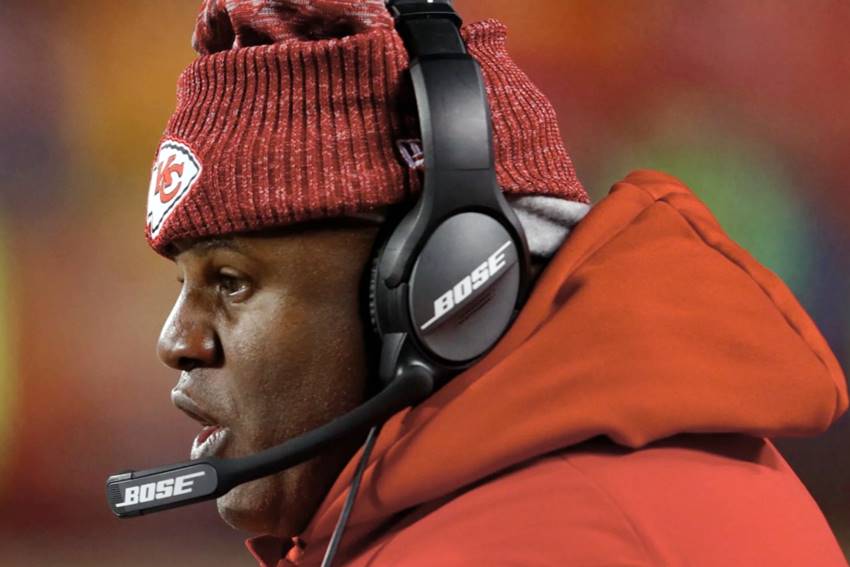 A virtual owners meeting Tuesday will determine the latest effort to increase minority hiring at the highest level of NFL franchises.

NFL Network reported Friday that the league is considering and ready to put forth a proposal including incentives for franchises to hire minority head coaches and general managers.

A team could move up five spots in the fourth round as well if a minority hire enters the third year in his or her position. Also, if a minority quarterbacks coach is hired and retained after one year, a team would get a fourth-round compensatory pick.

To facilitate opportunities for minority employees moving on to another team, the league would erase the current rule in place blocking assistant coaches from interviewing for coordinator positions with other teams.

Another component to the incentives includes requiring multiple interviews of minority candidates, not just one, for head-coaching vacancies while expanding the Rooney Rule to include coordinator positions.

The Rooney Rule was put in place in 2003 to encourage NFL teams to hire minorities. The rule is named after Dan Rooney, the former owner of the Pittsburgh Steelers and former chairman of the NFL’s diversity committee.

While good, very sound in theory, it has proven to not be so sound in practice.

While NFL teams have complied by interviewing a candidate when head coaching or general manager jobs open up, owners have seldom hired that candidate.

The lack of minorities in top positions in the league is glaring.

Currently, there are just two minority general managers in the league in Andrew Berry of the Cleveland Browns and Chris Grier of the Miami Dolphins.

Will the owners approve of the changes? How will the vote be viewed? How does the general public feel about the proposals?

In theory, the proposal may be perceived as good, sound. Will it be that way if put into practice? Will owners consider the proposal over the top in trying to dictate what to do with their businesses? Will some view the concepts as pandering? Will the result be a steady influx of minority hiring in key positions?

Should the measures pass, there are two New Orleans natives who are as richly deserving and perhaps overly qualified to fit the criteria and to garner immediate attention.

On the coaching level, Eric Bieniemy clearly deserves the opportunity to become an NFL head coach.

Now 50, Bieniemy was born in New Orleans, though he was raised in California.

As a coach, Bieniemy is entering his 15th year in the NFL, all spent with the Minnesota Vikings and the Kansas City Chiefs.

With Minnesota, Bieniemy served as running backs coach from 2006-09 when Adrian Peterson was the best back in the league. In 2010, Bieniemy added the title of assistant head coach to his running back responsibilities. The Vikings were very good offensively, led by Peterson and Brett Favre.

In 2013, Bieniemy joined the Kansas City Chiefs as running backs coach, serving in that capacity through 2017. In 2018, Bieniemy took over as offensive coordinator.

It is safe to say that the Chiefs have been one of the most potent, explosive offensive teams in the NFL the last two seasons. Kansas City is, of course, the reigning Super Bowl champion.

Suffice it to say that Bieniemy is more than qualified.

He has been an assistant head coach. He has been a coordinator. His teams have been very successful. His reputation is outstanding. He is 50. Most excellent head coaching candidates get their first opportunities as head coaches well before reaching that age.

Bieniemy has had no fewer than seven interviews (Bengals, Browns Bucs, Dolphins, Giants, Jets, Panthers) with teams that had vacant head coaching positions and never got hired for any of those. 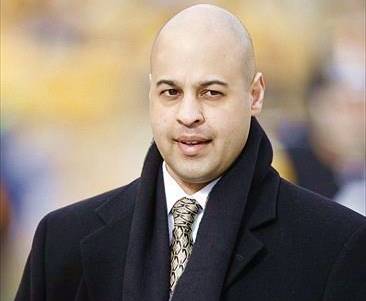 Omar Khan is a native of New Orleans.

The son of an Indian father and Honduran mother, Khan is a graduate of Archbishop Rummel and Tulane, Khan obtained his degree in sports management with a minor in business administration from Tulane.

Khan got a head start while at Tulane as an undergraduate assistant in football. While in school, Khan was hired by the New Orleans Saints as an intern in scouting and personnel.

Upon graduating in 1997, the Saints hired Khan full-time to work in football operations.

Khan remained with his hometown team through the 2001 season. He was part of the organization during the 2000 season, when the Saints won the NFC South and captured their first playoff win in franchise history.

In 2001, the Pittsburgh Steelers hired Khan for a position in Football Operations/Player Personnel. In 2011, he was promoted to the position of Director of Football Administration. Khan has been a part of two Super Bowl championships for Pittsburgh.

Then, in 2016, Khan was promoted once again, this time to Vice President of Football and Business Administration, working closely with Pittsburgh General Manager Kevin Colbert.

Previously, Khan has been interviewed for general manager positions with the New York Jets, Miami Dolphins and  Seattle Seahawks. The St. Louis Rams also had interest in him in 2012.

Khan is now 43, ripe, well prepared. He is richly deserving of an opportunity. So is Bieniemy. So are many others.

Here is hoping that this pair of New Orleans natives get that chance sooner, rather than later. They have earned it.