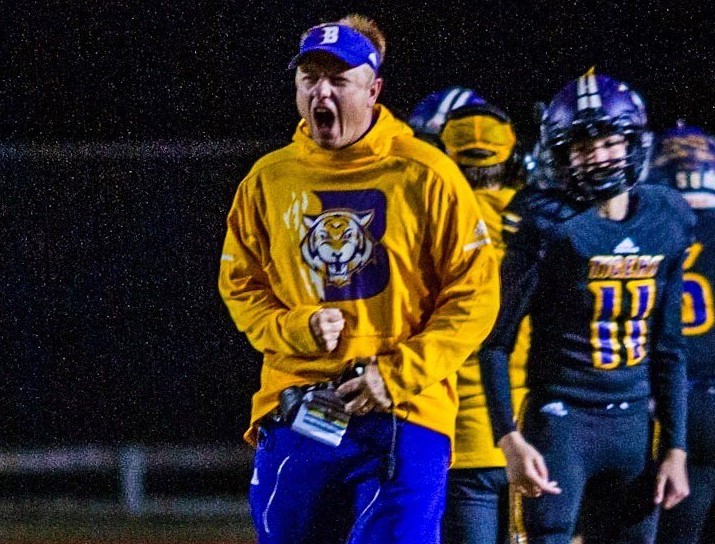 It was a good season for Benton football in 2021 and the excitement level for the 2022 season is palpable.

Reynolds Moore embarks on his 10th season at the helm of the Tigers, where he has done a fine job after spending four years as the head coach at Bolton.

A year ago, Benton likely exceeded expectations, going 8-4 and winning a thrilling playoff game with Hahnville.

The Tigers must replace some key players Braysen Brown, RJ Moore, Charlie Nance and Davis Sellers but there is plenty of talent returning.

That includes five starters on offense.

It starts with senior quarterback Gray Walters (6-3, 185), who completed 163 of 282 passes (58%) for 2,247 yards and 24 touchdowns with just six interceptions and rushed for 235 yards and three touchdowns. Walters also caught a touchdown pass, revealing his versatility.

The Tigers are set at running back with junior Greg Manning (5-7, 155), who rushed 230 times for 1,037 yards and 15 touchdowns last season. Manning was an outstanding receiver out of the backfield as well with 33 catches for 292 yards and three touchdowns.

Walters has an outstanding target at wide receiver in senior Pearce Russell (6-1, 185), who had a terrific season in 2021. Russell caught 53 passes for 1,032 yards and 11 touchdowns and returned 16 kickoffs, including one for a score. Junior Jeff King (6-0, 160) and senior Brady Blaylock, who also plays baseball for the Tigers, will also start.

Defensively, there are five starters returning.

That includes senior tackle Brooks Spann (6-2, 250), who will be joined up front by Brandon Sanders. Senior Davis Sellers (6-2, 225) is a commit to Harding University.

linebacker Zach Halbert (6-2, 205) returns after posting 73 tackles, including 13 for loss with 4.5 sacks a year ago. Halbert also returned an interception for a touchdown, recovered two fumbles and blocked two kicks. He will be joined by a returning starter in senior Cole Weir, along with junior Bennie Walters.

The secondary is solid with senior free safety Sawyer Simmons (6-2, 195), who recorded 94.5 tackles, including three for loss a year ago. Simmons had four interceptions, recovered a fumble and blocked a kick. Sophomores Miller Malley and Cole Austin also figure in the mix at safety.

Cornerback Landon Duggan (5-9, 180) had 17.5 tackles, forced a fumble and recovered a fumble in 2021. Senior Ashton Jordan, also a track star, will play the other corner.

The schedule opens at home against Northwood on Sept. 2 before the Tigers host Texarkana, Texas on Sept. 9. Benton travels to New Orleans to Lupin Field to take on Newman on Sept. 16.

District 1-5A play begins on Sept. 23 at home against Airline, followed by another home game with always tough Byrd. Three straight district road games follow at Natchitoches Central, Southwood and Haughton. The Tigers will then host Captain Shreve before concluding the regular season at Parkway.

With excellent players and experience at skill positions, Benton will most certainly be a contender for district honors and could make an even deeper run in the playoffs in 2022.