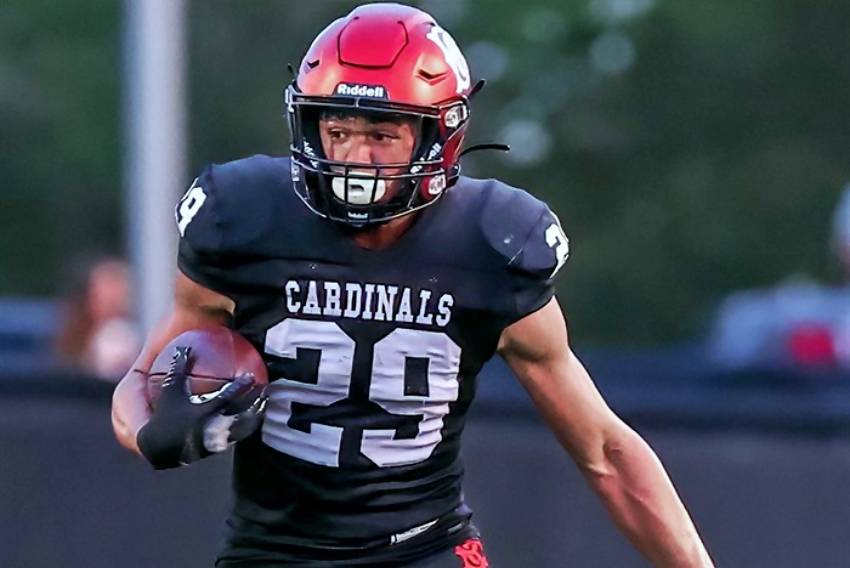 A junior, Voisin had 31 carries for 327 yards and four touchdowns in a 35-30 win over Salmen to help the Cardinals remain unbeaten at 4-0.

Voisin is coached by Stephen Meyers.

“Jaedon is a team player who also played linebacker for us but he is now focused on running back,” Meyers said. “He is big and he is fast. We expected big things from him and he is delivering for us. He did everything we asked and more against Salmen. He did a great job for us.”

Sponsored by the R&L Carriers New Orleans Bowl, Voisin will be honored at the year-end meeting of the Greater New Orleans Quarterback Club on Tuesday, December 13 at The Cannery in New Orleans.